The Work Is Not Done: Frederick Douglass and Black Suffrage 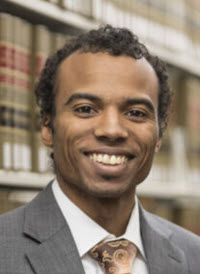 Political theorists have long struggled to resolve the tension between theory and practice in politics. Though political actors may yearn to enact their values, political exigencies often require less-than-ideal behaviors. Two well-known political thinkers offer different solutions to this dilemma. Aristotle suggested that individuals balance the demands of ideals and practical reality by developing prudence in the form of practical wisdom. When exercised appropriately, he argued, prudence would allow actors to consider what justice requires while also responding to what is politically possible. Put differently, a prudent political actor could guide the regime toward “the good,” even if full realization of that good is never practically possible. Machiavelli offered a different solution. Rather than encourage political actors to prioritize some conception of the good, Machiavelli emphasized the importance of regime stability. When faced with a dilemma between theory and practice, then, he admonished individuals to pursue whatever course of action would best ensure the stability of the state. At times, this might require the political actor to sacrifice or even abandon private virtues. For Machiavelli, though, this was a worthwhile price: to do otherwise would lead to ruin for the regime and, by extension, the individual.

Prudence as an art presents several complexities. When and how to sacrifice one's ideal--how much to concede, and for how long--is a difficult balance to strike. We might liken the dilemma to a captain steering her ship with the North Star as her guide. While the North Star might lead her to the Promised Land, it does not bode well to keep her gaze upward at the expense of running the ship aground or needlessly imperiling the ship among rocks, glaciers, or treacherous waters. At times the skilled captain must heed her surroundings and veer off course for the sake of the ship. But the captain does so only as necessary to keep the final destination within her sights.

In this Essay, I consider what Frederick Douglass's approach to black suffrage in Reconstruction contributes to this age-old dilemma. Though Reconstruction opened the door to an unprecedented expansion of civil rights, there was less political or public motivation to secure political rights for freedmen. This was particularly true with black suffrage. Despite the generally accepted sentiment that freedom and certain civil rights rightfully belonged to all persons, many felt that suffrage was fundamentally a political question. And extending suffrage to blacks was a possibility that a large portion of the populace was not willing to entertain.

Acting in this context, Douglass provided a compelling example of how to balance ideals and pragmatism. Though he remained committed to universal suffrage, for a period during Reconstruction he made the critical switch from advocating for universal suffrage to pushing black suffrage at the expense of women's suffrage. I argue that this move exemplifies the Aristotelian approach to the dilemma of theory and practice. Yes, Douglass sacrificed his theory of justice to realize black suffrage, but he did so with an eye to the ultimate good--universal suffrage. Had he been more Machiavellian, Douglass might have pursued the course that he thought would best promote stability. For example, many argued that the question of blacks voting did not rest on whether blacks were equal to whites, but whether whites were confident enough in their manhood to allow blacks to vote. Voting, they insisted, was a manly endeavor, and opening the door to black males was a proper test of men's confidence in their superior status as white males. But, foregoing arguments that appealed to base prejudices, Douglass opted for the more refined strategy of separating the question of black suffrage from women's suffrage because he knew that justice required that women eventually have the right to vote as well, and because he feared that certain arguments, though presently useful, might unnecessarily dampen future prospects for universal suffrage. Indeed, immediately after black male suffrage was secured, Douglass turned his sights to the claims of justice again, advocating for women's suffrage. This quick turn suggests that all along, Douglass was guided by Aristotelian prudence-- prioritizing present action for the aim of the highest, ultimate good. He prudently chose the path least compromising of just principles and stuck to it only so long as was necessary to ensure that the regime bent toward justice.

Douglass's example is one that political and constitutional actors might heed when navigating the complexities of pursuing just ends while constrained by a political-constitutional framework. Douglass had the wisdom to forsake the theoretically pure for the politically necessary.

Exploring Douglass's actions during Reconstruction provides an intriguing example of how constitutional and political actors may, at times, need to act in ways that are not perfectly consistent with their theories.

A close examination of Douglass's advocacy for political rights, as well as his full return to natural rights theory post-Reconstruction Amendments, reveals that Douglass did not suddenly change his theory; rather, he sacrificed the theoretical for the politically necessary. He came to see clearly that a declaration of rights alone did not serve to secure them, and that dependence on others to do so was to trust to fortune. Douglass's sense on this issue was that, should blacks be granted suffrage, other rights would take care of themselves. Douglass had the perspicacity to recognize that suffrage was the only means of securing rights so hard-fought, making it the most vital--and the most endangered--right for blacks in Reconstruction. Given the hesitancy of Republicans in early Reconstruction on the issue of political rights, Douglass acted prudently in switching his line of argumentation from theoretical claims of natural rights to practical claims of northern advantage and self-interest. This shift could be seen most prominently in his confrontation with women leaders, who were close allies in the antebellum anti-slavery movement. Once friends, Douglass and women leaders (though briefly) became bitter rivals just as the question of black suffrage reached its apex. Women leaders sided with Northern Democrats who took up the women's suffrage cause but actively opposed black suffrage. Douglass responded by seeking to table the women's suffrage question. There was little political force behind extending suffrage, and yet political exigencies made black suffrage a matter of life and death; pushing for women's suffrage at that time would have killed what was already a precarious opportunity for blacks. At this time, the nation simply needed to bend toward justice, not fully achieve it.

But Douglass did not simply forsake the “ought” for the “is.” Douglass's prudence could be characterized as Aristotelian in nature because he had a vision of what was just, and he pursued a program that could be actually achieved, while eschewing just principles only to the extent that was absolutely necessary to achieve the politically possible. That Douglass always had a fuller conception of justice guiding his actions was further demonstrated by his actions post-ratification of the Fifteenth Amendment. Douglass used the full extent of his natural rights theory to make the case for women's suffrage. In perhaps his most succinct exposition on the subject, Douglass argued that the natural powers inherent in all human beings led to equal natural rights, and these rights required republics to grant suffrage to all on an equal basis. Any arrangement to the contrary constituted political slavery, an arrangement a natural-rights-based republic could not abide. But Douglass did not martial forth these arguments until he believed that theory and practice could at last come together to form a harmonious political program. After the ratification of the Fifteenth Amendment, it was finally time, Douglass argued, for the nation to realize the principles upon which it was founded.