Unbowed, Unbroken, and Unsung: The Unrecognized Contributions of African American Women in Social Movements, Politics, and the Maintenance of Democracy

Excerpted From: Patricia A. Broussard, Unbowed, Unbroken, and Unsung: The Unrecognized Contributions of African American Women in Social Movements, Politics, and the Maintenance of Democracy, 25 William and Mary Journal of Race, Gender, and Social Justice 631 (Spring, 2019)(319 Footnotes) (Full Document) 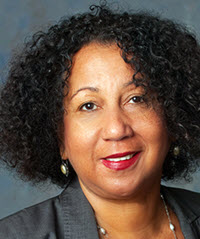 Black women have made huge contributions to American society in movements, politics, and maintenance of the democracy. However, black women have been relegated to footnotes, turned into memes, and largely ignored in politics and other areas of power. Notwithstanding the disrespect, disregard, and failures of the larger society to acknowledge that black women have made significant contributions, not only in the entertainment industry, but in numerous other ways that have shaped our cultural and political landscape, black women's contributions to the larger society have been huge and impactful; yet, there are so many blank spaces where their stories should reside. There is no question that gender plays a glaring role in the collection of history, and women from every other racial category may make a similar argument. However, black women are the focus of this Essay; others are available to tell their own tales.

Slavery was a bitter and legal institution and any small act in response to its brutality can and should be viewed through the lens of resistance. Likewise, life in post-slavery America has not been a “crystal stair[case]” for black women. Although some of the incidences of resistance described below may seem inconsequential, their importance lies in the fact that Black women's contributions to the resistance, by those small acts, is being acknowledged and is now offered as evidence that they remain unbowed and unbroken, and ultimately unrecognized.

This Essay will attempt to fill in some of those blank spaces by using history, law, poetry, and literature to explore the contributions of black women within the context of social movements, politics, and the maintenance of the democracy from capture and slavery until the present day. It will also discuss some of the theories behind why black women are unsung when they have consistently risen to the challenge of making America great. Lastly, this Essay will explore the breaking point for black women and estimate when they will become “sick and tired of being sick and tired.”

The point of this Essay is to highlight the phenomenal women who made a difference and helped to shape this country yet are buried in history. The lists of those included is not exhaustive and barely scratch the surface. It is clear that each woman represents hundreds of black women who were in the fight for equality and constantly put their lives on the line in the name of freedom.

Black women are a force to be reckoned with, and always have been. They will continue to be unbowed as they rip down flags and scale monuments. They will remain unbroken; in the words of Maxine Waters, “Black women are going to have to take more leadership. I think we are prepared because we bring a tenaciousness with us. We do not fear losing friends, allies, or jobs.” They will no longer be unsung, because they will sing their own songs. And they will recognize their mighty contributions to this country as this Essay has attempted to do. They will also proudly wear the moniker expressed in the title of this Essay of “African-American” women who have earned both descriptors with their blood, sweat, and tears.

Patricia A. Broussard is an unapologetically African-American Professor of Law at Florida A&M University College of Law.