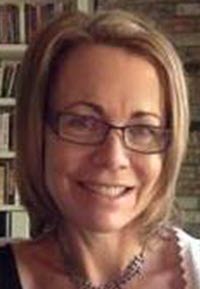 Over the past fifty years, cities in the United States have implemented urban austerity policies and have increasingly acted as gatekeepers of public and private space through 'race-neutral’ policies regarding citizenship, rights, and access to resources. These policies are often associated with large cities and urban cores. However, small municipal governments outside of urban centers carry out similar practices that often go unnoticed. While the census tracts of traditional suburban areas have always had levels of diversity, the suburbs in the United States came to represent White middle-class expectations of space and people in the American imagination. These expectations were--and are--used to enforce norms and police areas that no longer reflect imaginations of suburban space. North St. Louis County or “North County,” which sits in the northern portion of St. Louis County, Missouri, is an extreme example of how racialized disparities are produced and policed through spatial practice and cultural politics. The area reveals how municipal governments are critical instruments in remaking the modern racial state and processes of subject-making in twenty-first century U.S. cities. Tiny, majority-Black municipalities build on narratives of propriety, risk, and property to police residents and extract revenue using formal and informal practices that appear rational and routine. Although protesters exposed North St. Louis County's shockingly racialized policing and governing practices following the 2014 death of Michael Brown in Ferguson, cities across this area have been carrying out and perfecting similar practices for decades.

This Article argues that municipalities with majority-Black populations are often both victim and administrator of highly racialized practices that differentiate, oppress, and exploit non-White communities. This argument is based on data that show municipalities with higher percentages of Black residents are more likely to have resources poached by adjacent cities with majority-White populations. The data also show that the residents of these cities experience more extreme forms of political, economic, and physical violence at the hands of local administrators and police. Moreover, the forms of predatory policing in these areas are often obscured or deemed economically 'rational.’ As this Article illustrates, formal and informal manifestations of the law in North St. Louis County use imaginations of suburban space, or a White spatial imaginary, as a basis for the policing of 'behavioral and spatial norms' to generate essential funds that keep tiny cities solvent. This policing for revenue also relies on age-old tropes of Black deviance and the illegibility of Black suffering. As such, the function of policing “is not of applying the law, but of obtaining a normal behavior; conformity,” which local leaders exploit in the hope of maintaining hard-won yet politically and economically tenuous Black municipal autonomy. In addition to providing historical context concerning the factors that shaped North St. Louis County, this Article offers detailed accounts of the racialized means and extreme measures Black and White leaders in North St. Louis County use to extract money and resources from Black citizens. These practices have been developed over many years in response to wholesale disinvestment and the poaching of resources out of Black communities. It also considers the ethical arguments and discourses concerning municipal dissolution of majority-Black cities, with particular emphasis on the relationship between municipal poaching, predatory policing, and suburban race-making. The Article concludes by considering current reform measures and asks what new 'race-making situations' will arise if existing paradigms are not shifted. While the focus of this work is on racialized violence--political, social, economic, and physical--against residents in North St. Louis County, it is equally important to note that powerful practices of liberation have also emerged from this geography, namely Ferguson resistance and movements galvanized by Ferguson protesters, such as Black Lives Matter and the Movement for Black Lives.

Blackness as risk, as experienced by people like Evelyn and Patrice in their everyday lives, justifies multiple technologies of the modern racial state. As discussed in this Article, the case of North St. Louis County challenges academic tendencies to draw distinct boundaries around violence and the state. The area also illustrates how technologies of policing and control operate formally and informally within civic society at multiple scales of governance, particularly at the local scale. These technologies of policing bodies in and through space are reinforced by the fact that individuals and institutions are economically rewarded when they separate themselves from perceived risks associated with non-White people. Black city administrators tasked with the responsibility of reducing risk and maximizing economic stability in their jurisdictions are thus incentivized to engage in racialized practices that lead to complex contradictions and dilemmas when cities become majority-Black. In North County, the economic risk associated with being Black creates an additional double bind for leaders of majority-Black cities. They must either work against the individual interests of their residents or risk losing Black political autonomy by operating outside of the prevailing economic models. As a result, actions or inactions that disadvantage already disadvantaged groups are easily justified. Civic and corporate administrators are subsequently represented as rational actors taking actions on the basis of managing risk and exercising fiscal responsibility.

As for Evelyn and Patrice, Evelyn has since moved out of Missouri and lives with her brother in Birmingham, where she grew up. Patrice still lives in her mother's house, which Evelyn is trying to sell. But, Evelyn said, “after what's owed on it in fines,” the city may as well have it. “I swore I'd never go back to the South,” she went on, “but nobody should have to live like that.”

Jodi Rios holds an interdisciplinary PhD from UC Berkeley and a Master of Architecture from Columbia University.