Kaepernick Can Kick It!: Employment Discrimination, Political Activism, and Speech in the NFL 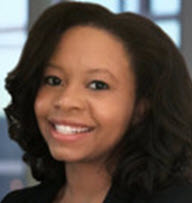 Anti-discrimination laws do not offer enough protection against employment discrimination. Colin Kaepernick has yet to be hired by an NFL team following his anti-police brutality protests during the national anthem, despite being a qualified NFL quarterback. Kaepernick's protest has caused widespread controversy; as a result, Kaepernick has experienced backlash from the public, NFL officials, NFL players, and elected officials.

In a time when speech and political views face a constant threat of being suppressed, it is important to provide increased protections when private employees, like Kaepernick, engage in political speech and face backlash as a result of such speech. The interpretation of the law should be expanded to consider the various ways in which racial discrimination can manifest in the workplace. The law should also provide increased protections for employee participation in political activities, such as protesting. Furthermore, for individuals like Kaepernick who seek to express their views on public matters, the law leaves private employees vastly unprotected. Therefore, there is a need for political speech related laws to safeguard private employees.

Subsequently, this Note analyzes the viability of claims Kaepernick could present under these laws, and whether they would provide him any remedy.

Finally, this Note discusses what can be done to improve these laws and to provide greater protections for individuals like Kaepernick, who face backlash as a result of their decisions to decry matters of public concern, such as racism, through protesting and political activism.

Title VII, First Amendment free speech protections, New York Executive Law § 296, and New York Labor Law § 201-d(2) need to be expanded to provide greater protection pertaining to their respective areas of interest. If these laws are not changed, a number of populations, such as people of color and private employees, will continue to be vulnerable. Furthermore, individuals at the intersection of these groups, such as Kaepernick, who are both a person of color and a private employee are especially susceptible, given the history of retaliation against people of color, and in particular against Black people, who choose to speak out against discrimination and systemic racism.

Kaepernick sought to make a statement via his protests, in spite of the repercussions he was aware that he would likely face. Kaepernick's predicament demonstrates the areas that anti-discrimination and speech laws do not cover, and prompts the nation to further evaluate whether there is a need to close these gaps. Kaepernick's failure to be hired also causes us to question the legal definitions of how discrimination is manifested in light of the historical context of the United States and whether or not certain protected classes, namely racial classes, require additional protections in light of this historical context.