Slouching Toward Universality: A Brief History of Race, Voting, and Political Participation 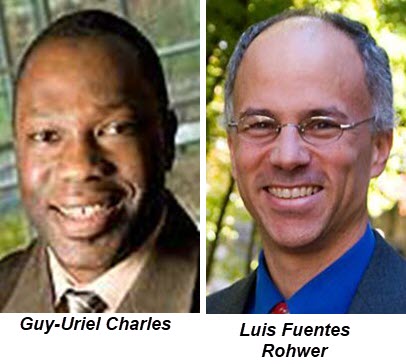 In Yick Wo v. Hopkins, the United States Supreme Court memorably observed, almost orthogonally, that voting is "a fundamental political right, because it is preservative of all rights." Yick Wo was a peculiar place for the Court to essentially announce what one could fairly characterize as a positive universal right of political participation. The case was not about voting but racial discrimination in the laundry business. Chinese laundry operators were denied permits to continue the operation of their laundry businesses by the San Francisco Board of Supervisors. The operators continued to operate their business, were fined and eventually jailed. The issue before the Supreme Court was not whether they were improperly imprisoned, but whether the ordinances, pursuant to which they were denied their permits, were administered in a racially discriminatory manner and thus violated the Equal Protection Clause of the Fourteenth Amendment.

Writing for the Court, Justice Matthews objected to the ordinances on the ground that they permitted the decision makers to exercise their discretion on mere whim, or what he branded "purely personal and arbitrary power." Justice Matthews argued that this unfettered discretion was contrary to the very freedom canonized by the Reconstruction Amendments. In his words, "the very idea that one man may be compelled to hold his life, or the means of living, or any material essential to the enjoyment of life, at the mere will of another, seems intolerable in any country where freedom prevails." Poignantly, considering that the Thirteenth Amendment had been ratified only twenty years earlier, he analogized this system of decision-making unconstrained by any limits other than caprice as "the essence of slavery itself."

To illustrate the truth of this proposition--that it is "intolerable" that "one man may be compelled to hold ... any material essential to the enjoyment of life[] at the mere will of another"--Justice Matthews offered as his first example the "case of the political franchise of voting." This is a remarkable shift in the life of the nation and its understanding of rights as conduits of liberty. Barely 20 years before, a conception of freedom, as codified in the Civil Rights Act of 1866, focused only on the narrow question of free labor and economic agency in the marketplace. Yet by the time of Yick Wo, voting had become "essential to the enjoyment of life." To be sure, Justice Matthews acknowledged that voting is "not regarded strictly as a natural right, but as a privilege merely conceded by society according to its will under certain conditions." And he further conceded that a legislature may "adopt any reasonable and uniform regulations" to administer a political right or privilege. What a legislature may not do is implement regulations that "should subvert or injuriously restrain" these rights or privileges. Consequently, state courts may review whether regulations "were or were not reasonable regulations, and accordingly valid or void." For support, he cited a voting discrimination case, Monroe v. Collins, decided by the Ohio Supreme Court in 1867, before the ratification of the Fifteenth Amendment.

Yick Wo is a remarkable case, not least of which because the Court deduced the principle that arbitrary deprivation of a fundamental right was incompatible with freedom. More importantly, the Court understood voting as the archetypal example of a fundamental right and expressed its fundamentality in the language of universality. Though allowing that voting was not "strictly" a natural right, Justice Matthews minimized the cost of that concession by imposing limits on how the government could regulate the right. It was in this context that Justice Matthews expressed the now iconic view that the right to vote "is regarded as a fundamental political right, because preservative of all rights."

Yick Wo and Reynolds appear to stand for a fundamental axiom, akin to a universal truth, at the heart of the American democratic experiment: voting is a positive, universal, and fundament right. As Alex Keyssar put it in his definitive history of the right to vote: "the image of a democratic United States is that of a nation with universal suffrage." However, to the extent that Yick Wo, Reynolds, and other similar examples purport to offer a descriptive account of the practice of democracy in the United States, that account is woefully inaccurate. Consider some examples.

We are currently in the midst of a decentralized and unorganized debate over the preconditions that states can impose as prerequisites to democratic participation. Some argue that state laws requiring voters to present photographic voter identification at the polls or when they register to vote before they are allowed to cast their ballots are designed to impede the exercise of the right because they are not related (rationally or otherwise) to any legitimate or important state objective. Are these laws designed to facilitate the voter's ability to exercise the franchise in a free or unimpaired manner, or do they subvert or impede the right? Consider also North Carolina's omnibus voting reform law. The law eliminates same-day registration, straight party voting, out-of-precinct voting, and teenage pre-registration. It bars county election boards from ordering polls to stay open an extra hour if problems arise. It shortens early voting days. Notably, the 56-page law was passed in the last 72 hours of the 2013 General Assembly. Similar laws have passed across the states.

Finally, consider debates about the denial of the vote to certain classes of people. United States citizens living in Puerto Rico have neither a right to vote for a member of Congress nor are they not entitled to representation in the Electoral College. This is because Puerto Rico is not a state and federal representation remains largely within state authority. Similarly, residents of the District of Columbia cannot vote for members of Congress but can vote for presidential electors by grace of the Twenty-Third Amendment. And felons or exfelons, even if citizens of the United States, may be denied the right to vote in both federal and state elections.

The Court's declaration in Reynolds, and by extension Yick Wo, assumed that voting was a right and declared confidently that the right was fundamental. But American democratic practice has yet to reconcile itself with the lofty theoretical language of universality and fundamentality expressed in Reynolds and Yick Wo. Since at least the advent of the Voting Rights Act, we have generally viewed our struggles about voting through the prism of race. This is, in part, because voting and political participation in the United States have always been imbricated with the struggle for racial equality. The history of voting in the United States and the struggle for racial equality are not the same phenomena, but they are related. In fact, we argue that one cannot understand the scope and contours of the legal status of voting apart from race. Race has mediated our engagement with voting.

In this brief history of race and voting in the United States, we look at five distinctive yet interrelated moments. The first is the founding period, a moment when the framers put our constitutional structure in place and set the initial federalist calculus in favor of the existing states. This is perhaps the most important moment in the story. The framers chose to allow the states to define the criteria for voting qualifications for federal elections. Instead of uniformity and centralization, they opted for diversity and decentralization. This is a choice that reverberates to this day. The second moment is the Civil War and Reconstruction, a moment acknowledged by many as a time when congressional leaders reset the federalism calculus towards the national government. The third moment is the expected retrenchment by the turn of the century, beginning in 1890 with the Mississippi plan. The fourth is the Second Reconstruction, which, for our purposes, culminated in the passage of the Voting Rights Act of 1965. The final moment is the concomitant retrenchment, exemplified by the recent Shelby County decision, and what commentators have labeled the new voter suppression. We take up each moment in turn.

From this brief history, we distill three lessons. First, we underscore that this is not a whiggish history of inevitable progress. Second, this is a story that highlights the underappreciated role of social movements, the complementary role played by the United States Supreme Court, and the limits of constitutional norms, even explicit ones. Finally, and what we take to be the most important point of this history: The history of the right to vote in the United States is a history of battles over political power fought on a distinctively racialized canvas. Race has been the archetype for our understanding of voting. This is crucial if under-appreciated. Rather than debate the merits or costs of expanding political rights, we have instead litigated these issues on racial terms. There has been a distinctive benefit of viewing questions of voting and political participation through the lens of race. It is because of our thinking about race and voting that we as a society are slowly coming to the realization that restrictions on voting and political participation are hard to justify, whether they implicate race or not. It is thus ironic, as we conclude, that because of race, we are slouching toward universality.

In the wake of Shelby County, voting rights scholars and activists are searching for a way forward. This brief jaunt through our history can provide us some lessons for the future. First, Shelby County must be viewed as part of our ongoing dialectic on the scope and importance of voting and political participation. Though the history of franchise in American law and politics is generally one of expansion, it is also one of entrenchment. Progress is sometimes followed by backlash. From the founding and through the 21st Century, the history of the right to vote is a history of ebbs and flows, successes and failures; of voter expansion yet voter suppression; of racial empowerment yet racial retrenchment. This is a history of continuous political struggle.

Second, progress is a function of legal and social consensus, which is itself is the product of social movements. The VRA came about because of the civil rights movement. Though as lawyers, we often focus on the role of the Court and litigation, we should pay attention as much attention to social movements and the political process as providing the framework for exploring the scope and content of political participation. Thus, we ought to be looking to the political process and to a political movement to build a new way forward.