Following the Blueprint: How a New Generation of Segregationists Is Advancing Racial Gerrymandering 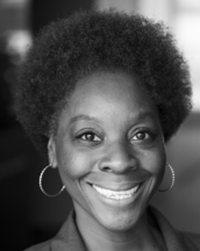 This political cartoon was drawn in reaction to the newly drawn congressional electoral district of South Essex County drawn by the Massachusetts legislature to favor the Democratic-Republican Party candidates of Governor Elbridge Gerry over the Federalists.

The Voting Rights Act of 1965 (VRA) is arguably the most important and successful piece of civil rights legislation ever passed. The U.S. Constitution already has more amendments, six to be exact, dedicated to the right to vote than any other fundamental right, but the VRA put actual teeth behind the protection of this principle by zeroing in on the most egregious forms of voter suppression. Many VRA cases have focused on challenging redistricting plans as racial gerrymanders specifically designed to entrench an incumbent's political power and/or to deny or dilute the voting strength of people of color and economically disadvantaged populations. Although redistricting and gerrymandering, in and of themselves, are not necessarily problematic, they continue to be contorted into a nefarious tool that actually cements historical forms of segregation, especially in the areas of housing and education.

Unconstitutional redistricting methods like “packing” and “cracking” were and still are the primary means of ensuring that minority voters are either concentrated into a single area so that their political power is contained (packing) or divided up in ways to diminish their ability to ever coalesce behind a single candidate who advances their community's shared interests (cracking). Annexations, de-annexations, and the incorporation of new cities have been a creative and, oftentimes, successful method of achieving racial gerrymanders.

Sadly, many white residents, whether in rural or urban communities, have tended to resist efforts at true integration. They tend to publicly express support for the dream of multicultural neighborhoods while at the same time do their best to make sure they live in predominantly white areas, their children go to predominantly white schools, and the opportunities for social interaction among the races remain low. The result can be seen in a casual Sunday drive through most cities in America--you know when you've gotten to the “black side of town” by the poor condition of the roads and homes, the lack of economic development, and the general feeling in the air of hopelessness or despair. The intentional creation of all-black and all-white communities, coupled with the diversion of financial resources and roadblocks for economic self-determination, result in the portrayal of black communities as “bad and dangerous” and white communities as “good and safe.”

Over the years, courts have struck down redistricting plans that deepen racially driven housing plans, mostly with the aid of Section 5 of the VRA, which requires a jurisdiction with a history of discrimination in voting to obtain federal approval, known as preclearance, before it can enact any voting change, whether as seemingly minor as relocating a polling place or the adoption of new voting laws. Section 5's goal was to make sure that racial minorities' political strength could be maintained and, where supported by the evidence, increased. If Section 5 proved unhelpful, then communities could turn to Section 2 of the VRA, which prohibits any voting practice, procedure, or policy that denies or dilutes minority voting strength (52 U.S.C.A. § 10301 (a), (b)).

One solution is to continue pursuing these issues through litigation; another solution is to pressure and shame elected officials who represent these racially gerrymandered communities into doing right by their neighbors and making sure that every person has access to a great school, decent affordable housing, and other basic human needs. Regardless of which approach communities adopt, we all have to play a role in stemming a tide that is all too reminiscent of a racist, marginalized, and hostile world that the VRA was enacted to help topple.

Nancy G. Abudu is the deputy legal director at the Southern Poverty Law Center, which is dedicated to ensuring the voting rights of minorities and other vulnerable populations, primarily in the Deep South.