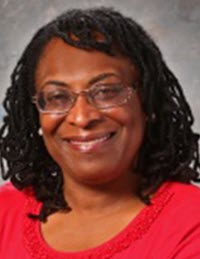 Francis Fukuyama in his new book, Identity: The Demand for Dignity and the Politics of Resentment, argues that over the past decade the main axis of politics globally has shifted from a focus on economic issues to a focus on identity politics--from issues of distribution to ones of recognition. He suggests that with this shift the world has seen the emergence of a new populist nationalism that threatens democracy around the world. It is this new nationalism, he posits, that is responsible, in part, for the election of Donald Trump in the United States and Brexit in the United Kingdom.

Fukuyama sees globalization as partially responsible for the rise in this nationalism, a form of identity politics. He argues that although identity politics grows out of the basic human need for recognition, its modern origins lie in part in the 1960s identity-based social movements against injustice. Fukuyama claims that the political Left subsequently adopted this form of politics, abandoning its historical aims of expanding economic wellbeing for large collectivities--for larger groups of people than identity politics allows. The adoption of this politics, he contends, spurred the political Right into also adopting and engaging in a politics of identity, manifest in the current resurgence of nationalism, including white nationalism in the West--what Europeans refer to as fascism. I disagree.

Fukuyama summarizes this line of argument in a more strident, less nuanced piece entitled, Against Identity Politics: The New Tribalism and the Crisis of Democracy. The piece appeared in the Foreign Affairs magazine in October 2018. In this essay I will refer to both the book and this piece.

There is much in Fukuyama's argument with which I agree. However, below, I argue his analysis is fundamentally flawed in that he incorrectly lays the blame for the rise of identity politics on the Left, and by implication on the movements for racial, gender, and sexual justice, among others. In doing so, Fukuyama ignores these movements' distributional claims and broad-based advocacy for economic justice, the opposition to which is deeply structured into the liberal democratic project itself. He accomplishes this by painting these movements as engaged primarily in a politics of recognition--identity politics. This leads him to recommend a politics and policies which are unlikely to alter the structures that generate either globalization-induced inequality or identity politics. Further, these recommendations are likely to render the Left less politically successful. I focus on the African American experience in the United States, as he does in part, by way of example.

Part I briefly outlines Fukuyama's argument and his suggestions for overcoming the ill effects of nationalism on democracy.

Part II explores the work of Nancy Fraser who wrote on the politics of distribution and recognition over twenty years ago. Fraser's work provides some definitional clarity, particularly with regard to the issue of economic distribution. Her work also provides one way of assessing the stakes involved in some of Fukuyama's suggestions.

Part III provides another analysis and origin story for the rise of identity politics and its relationship to distributional injustice; locating these origins within the development of the liberal democratic project itself. This analysis further grounds a critique of Fukuyama's stance on multiculturalism and political correctness.

In conclusion, the essay suggests that the voices Fukuyama seeks to silence in his critique of identity politics may be the very ones with the vision, willingness and commitment to advance the kind of broad-based economic justice coalition for which Fukuyama advocates.

Fukuyama and I are probably on the same side. We both believe that the current bout of white nationalism is a threat to democracy. However, Fukuyama's argument is fundamentally flawed and consequently so are his recommendations.

He correctly argues that part of the underlying motivation for the rise of nationalism is the ill effects of globalization which have resulted in economic anxiety and a loss of class status for middle- and working-class Americans. The loss of class status has been viewed by some as a threat to their very identities, contributing to the rise of nationalism or neofacism. But class status in places such as the United States has always been racialized, such that economic stress has almost always resulted in racial tension.

Fukuyama's first piece of advice then, drawn from his erroneous analysis that the Left is to blame for the rise of identity politics and obscuring the identity politics of the liberal state itself, is to recommend the silence of the racially subordinated. The subordinated are to be silent even though they too are suffering economic distress in this moment, while their historical recognition and distributional claims are ignored by sleight of hand. The effect is that the only vision left on the table is that of “traditional nationals,” the voting majority of whom align themselves with white elites, deciding, it appears, that doing so is in their best social and economic interests.

Fukuyama's second piece of advice is reminiscent of William Julius Wilson's argument in his book on the declining significance of race. There Wilson suggested that a focus on race obscured the economic problems that most Americans have in common. They both advise: Focus on class. The problem here is twofold. First, building coalitions around broad distributional goals face an uphill battle, precisely because of racial identity, history, and current practices of white racial alignment. Second, while many agree that capitalism increases the supply of goods and services and thus promotes growth (at least temporarily), they are at pains to acknowledge that it also tends to concentrate wealth in the hands of a few who have an interest in and increasingly the political power to maintain the status quo from which they benefit. This elite class, overwhelmingly white and male-led, buoyed by and stroking the politics of white racial resentment and alignment, are then in a position to stifle policies such as the ACA, meant to benefit the majority of Americans.

If this is correct, then Fukuyama's suggestions will reduce neither globalization-induced inequality and economic insecurity nor identity politics. And yet the visions and advocacy that might more effectively address these problems may lie in the very voices Fukuyama seeks to silence.

C.L.R. James once suggested that the black struggle was “a direct part of the struggle for socialism.” That is, whether one believes socialism, social democracy or some other form of regulated capitalism operates better economically, James thought that the black struggle sought widely-shared distributional justice for all, not just for some. From a different perspective but in a similar vein, King noted that:

The black revolution is much more than a struggle for the rights of Negroes. It is forcing America to face all its interrelated flaws--racism, poverty, militarism, and materialism. It is exposing evils that are deeply rooted in the whole structure of our society ... and suggests that radical reconstruction of society itself is the real issue to be faced.

Finally, Nikhal Pal Singh, in reviewing the long civil rights struggle, notes that “throughout the post-World War II period, blacks have been the single group in the United States whose politics have regularly gone beyond narrow self-interest and aimed at broad expansions of social as well as civil rights.” Black people, he argues, “deepened the participatory bias and radicalized the intellectual connotations of democracy beyond its typical “liberal” qualifications.” He concludes that it just may be that “we advance equality only by continually passing through a politics of [those subordinated by] race and by refusing the notion of a definitive 'beyond’ race,” or, as it were, “beyond” identity politics, especially given liberalism's identity politics.

All of this does not mean that the Left, deprived of substantial political power and the power to mobilize identity-based groups per Fukuyama's recommendations, could not launch a successful political campaign; one that would yield them the power to implement both broad economic distribution and creedal-based programs. It simply seems unlikely that they will be successful in doing so.

Athena D. Mutua is a Professor of Law and the Floyd H. & Hilda L. Hurst Faculty Scholar at the University at Buffalo, School of Law, The State University of New York,