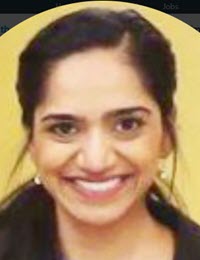 Nine days before a White Supremacist killed a counter-protester at a rally opposing the removal of a statue of Confederate General Robert E. Lee, the FBI published an assessment warning of “Black Identity Extremists” as an emerging domestic terror threat to law enforcement. The assessment concluded the August 2014 shooting of an unarmed Black teenager, Michael Brown, in Ferguson, Missouri was a catalyst for anger and discontent amongst the African American community towards law enforcement, along with other instances of “alleged” or perceived police brutality against African Americans. However, 223 African Americans were shot and killed by police in 2017, which accounts for 23% of all fatal shootings, despite the fact that African Americans account for only 13.3% of the general population. Furthermore, 46 police officers were “feloniously” killed in the line of duty in 2017, which was a decrease from the 66 who were feloniously killed in the previous year. The FBI's blatant disregard of such data, coupled with the assessment's conclusion that individuals with “extreme Black identities” possess a propensity for violence towards law enforcement, is reminiscent of historical FBI programs such as the Counter Intelligence Program, or “COINTELPRO.” COINTELPRO was a series of covert intelligence operations conducted by the FBI from 1956-1971, with the purpose of eradicating all progressive political activity in American society. While COINTELPRO initially targeted “subversives” such as communists, such programs were overwhelmingly focused on the activities of civil rights groups such as “Black Nationalists,” with the most disruptive and harassing tactics directed towards them.

The consequence of FBI tactics in the historic COINTELPRO program or the contemporary Black Identity Extremist assessment is the criminalization of dissent critical of law enforcement in the African American community. By framing dissidents as violent, the government is granted license to infringe upon individuals' civil rights. Criminalization of dissent is accomplished through the use of surveillance, monitoring, informants, and other illicit practices, which often conflicts with the First Amendment right to free speech. While historically the FBI targeted groups they characterized as Black Nationalist organizations, such as the National Association for the Advancement of Colored People (“NAACP”) and the Black Panther Party, among the most vulnerable contemporary targets of the discriminatory surveillance that can result from the BIE assessment is Black Lives Matter. Black Lives Matter is a “member-led global network” that was formed in response to the acquittal of a volunteer neighborhood watchman who murdered an unarmed Black teenager named Trayvon Martin in 2013. Also at risk are other African Americans with opinions critical of law enforcement, who may be affiliated with civil rights groups such as Black Lives Matter.

To examine how the BIE assessment criminalizes African American dissent, it is necessary to delve into the nature of the long relationship between the FBI and African American activists. Section I of this note aims to explore the targeting and surveillance of Black civil rights activists by the FBI from the COINTELPRO era of the 1960s, through contemporary surveillance of Black Lives Matter.

In Section II, this note analyzes the accuracy of the BIE assessment, the impact of discriminatory FBI tactics on Black Lives Matter, and dissects the merits of the criminal prosecution of Christopher Daniels, commonly referred to as the first “Black Identity Extremist” prosecuted.

FBI covert surveillance of Black dissidents has been entrenched within agency culture since the early twentieth century. The historical COINTELPRO program and the contemporary BIE assessment, respectively, are both crucial to understanding how the FBI systematically monitors African American activists. The chilling prosecution of Rakem Balogun illustrates the danger contemporary activists, many of whom are members of movements like BLM, face when organizing today. However, discontinuing the problematic BIE assessment and pursuing domestic terror threats through a racially-neutral framework, will allow the FBI to eradicate problematic surveillance techniques, once and for all.