The Political Formation of Korean Americans, 1992-2019: From Ethnic Politics to Managing Transnational Lives

In his landmark book, Bill Ong Hing (1993) observed that US laws and policies “made and remade” the Asian 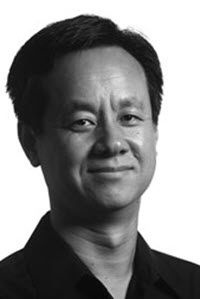 American experience. Defined as “aliens ineligible to citizenship,” Asian immigrants were especially vulnerable to various laws and policies that sought to exclude them from immigration, economic opportunities, and political participation. Even for those Asian Americans with birthright citizenship, laws, and policies routinely prevented various Asian American ethnic groups from equality of opportunities in education, housing, and marriage. The culmination of anti-Asian American sentiments resulted in the forced relocation and the imprisonment of Japanese Americans--immigrants and citizens alike--during World War II. Like other racial minorities, the rights and privileges of Asian Americans have come less from their “inalienable right” and more from their collective struggle against various levels of the US government that were determined to withhold them. Indeed, Asian Americans would gain their formal rights incrementally from the 1940s to the 1960s as they mobilized for laws and policies to gain their rights ranging from naturalized citizenship to equal rights in the housing market. As many Asian American scholars have pointed out, the role of laws and policies remaking the Asian American experience did not end with the extension of de jure equality in the 1960s. Since then, a long list of laws and policies including those dealing with bilingual education, immigration, affirmative action, among many others have altered Asian American lives.

This transcript reflects the central premise that laws and policies continue to make and remake the contemporary Korean American experience. In particular, three themes raised in the transcript can be grounded in three sets of laws and policies. First, in the aftermath of the Los Angeles Civil Unrest of 1992 (Sa-I-Gu in Korean), the City of Los Angeles found that 200 liquor stores were destroyed and that Korean Americans owned 175 of them. A group of mostly African American activists who viewed liquor stores in inner-city communities as a locus of social problems launched the “Campaign to Rebuild South Central [Los Angeles] Without Liquor Stores” and successfully lobbied Los Angeles City Council to impose strict and costly conditions for reopening the stores. In response, the Korean American Grocers Association (KAGRO) worked with then Assemblyman Paul Horcher (R-60)--a white conservative Republican from East San Gabriel Valley--to introduce Assembly Bill 1974 (“AB1974”) that would have preempted the conditional variance process in Los Angeles and allowed the liquor stores to open immediately. AB1974 died in committee on a straight partisan vote, and only ten of the 175 stores reopened two years later. For the Korean American community, Sa-I-Gu became a complicated yet powerful source of lessons on racial, electoral, and partisan politics and state and local laws and policies.

Second, since the passage of the Immigration Act of 1965, multiple immigration laws have changed the character of the Korean American community. In particular, the Immigration Act of 1990, the Personal Responsibility and Work Opportunity Reconciliation Act of 1996 (“PRWORA”), and the American Competitiveness and Workforce Improvement Act of 1998 (“ACWIA”) altered the class background of Korean immigrants and the terms in which Korean nationals can legally live and work in the country. The Immigration Act of 1990 favored highly skilled and educated immigrants over immigrants with more modest backgrounds entering the country under family reunification, and the law greatly expanded the category of investors and temporary workers who could enter the United States under various visa programs. PRWORA imposed an income test and an affidavit for financial support for a sponsoring relative to discourage poor immigrants while ACWIA dramatically increased the H-1B work visas for specialty occupations. In both cases, investors and skilled temporary workers can adjust their temporary status into permanent residency and then naturalized citizenship if they make qualifying investments or secure employer sponsorships. The large numbers of investors and workers on temporary visas are transforming Korean American communities from “immigrant neighborhoods” into “transnational spaces” where the fate of the community has less to do with the integration of Korean Americans into mainstream American society and more to do with the vagaries of transpacific investment and trade. This is especially true in the largest Korean American communities in Southern California and Greater New York where Korean transnational corporations and trading companies bring tens of thousands of Korean nationals under temporary visa programs, far surpassing the number of traditional immigrants entering the United States as permanent residents.

Third, in addition to US immigration legislation, Korean immigration laws, US administrative policies, and trade agreements have had a major impact on the Korean American experience. Although Korean Americans have struggled to find success in US electoral politics, the South Korean government was eager to meet the political interests of Korean Americans through the Overseas Korean Act of 1999. Under this law, the Korean government drew a hard distinction between Koreans who hold citizenship in advanced-industrialized countries such as the United States, Canada, Australia, and Japan and others who hold citizenship in less developed countries such as China, Russia, and former Soviet republics in Central Asia. Koreans from favored nations were granted quasi-citizenship status with the right to work, liberal terms for stay, and property ownership rights: all privileges that other overseas Koreans did not have. Just as the South Korean government conferred these new privileges, the US State Department added South Korea to the Visa Waiver Program on November 17, 2008. Signed into law in 1986, the Visa Waiver Program allows a select group of foreign nationals to enter the United States--for a period up to ninety days--without having to secure an entry visa from an American embassy. The program began with Great Britain and Japan in 1988 and, to date, only thirty-eight nations are included in the program. For South Koreans and Korean Americans with family and business in both countries, this administrative decision deeply transformed their lives by removing a major bureaucratic hassle for managing their transpacific life and work. Lastly, the Korea-United States Free Trade Agreement (KORUS FTA) was implemented in March 2012. During the negotiations, the Korean American community played a key role on both sides of the Pacific, lobbying both governments in support of the agreement. Korean American professionals such as lawyers and engineers were especially motivated to finalize the agreement as the KORUS FTA was one of the first free trade agreements to include professional services. Taken together, the Overseas Korean Act, the Visa Waiver Program, and KORUS FTA signal an important shift in Korean American politics toward pursuing laws and policies to effectively manage their transnational lives in a globalizing world.

The thought that Korean Americans are returning to Korea to seek economic opportunities or to retire and benefit from excellent health care was just unimaginable a few decades ago. When I immigrated to the United States in 1975, Koreans who were immigrating to the United States were seen as the luckiest Koreans alive. It was assumed that these people would go to America and live out the American Dream of material abundance and financial success. Back then, the international section of Gimpo Airport was a sea of tears. The assumption was that these Koreans would be lost to their family and friends forever, since immigration was seen as a passage through a one-way door. Why would they look back? Today, of course, flying out of Incheon International Airport to the United States shows that immigration is a revolving door with people coming back and forth at a dizzying pace. For some Korean Americans, an important site of politics is in the transnational space that impacts their movements not only horizontally between the United States and Korea but also vertically as they manage their professional opportunities and personal lives.

Edward J.W. Park is a Professor and Chair of Asian and Asian American Studies at Loyola Marymount University in Los Angeles, California. He received his B.A. (Social Sciences), M.C.P. (City and Regional Planning), and Ph.D. (Ethnic Studies with disciplinary concentration in Sociology) at UC Berkeley.