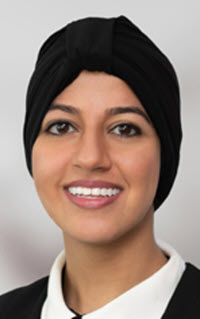 Catalyzed by the death of George Floyd, protests against police brutality and systemic racism have spread across the United States and the world in 2020. Throughout the country, law enforcement has responded to these protests with the same type of brute force that protesters are challenging--excessive, violent, and militarized. Many have hypothesized that these protests, and the violent police response to them, will liberalize Americans' perspectives on racial injustices.

While the current national tide leaves many participants in the antiracist struggle cautiously optimistic about the potential for progressive reform, next Term the Supreme Court faces a case that has major implications for the right to protest and the rights of those on the front lines of the Black Lives Matter movement.

Mckesson v. Doe, a case out of the Fifth Circuit, could not be timelier. It examines whether a protest organizer, racial justice activist DeRay Mckesson, can be held liable for injuries that a police officer sustained during a Black Lives Matter protest. The Court should take the case: The Fifth Circuit's holding creates a “negligent protest” standard, in which protest organizers can be held liable for any “foreseeable violence” that occurs during the course of the protest, regardless of whether the organizer intended, authorized, directed, or ratified the violent act. The holding must be overturned--it opens the door to unfettered liability against protesters, of which Black and racial justice protesters will bear the brunt. If the Court does take the case, the briefing and the Court's analysis will likely turn on whether a protest organizer can be held liable for “foreseeable violence” at a protest, a standard created by the Fifth Circuit, and how that standard squares with a forty-year-old precedent, NAACP v. Claiborne. But in deciding Mckesson, it is imperative that the Court look beyond the applicability of Claiborne and recognize the racialized impact that the Fifth Circuit's “foreseeable violence” standard will have on Black protesters. The recent wave of protests against racial injustice and ensuing police violence has made clear that law enforcement, legislators, and even judges do not apply the right to protest in a race-neutral manner. It is high time that the Court acknowledge this reality.

In this Essay, I draw from recent events to show how the Fifth Circuit's “foreseeable violence” standard uniquely harms Black and racial justice protesters. I contextualize the Fifth Circuit's opinion in Mckesson as part of a wider project spanning state and local legislatures aimed at stifling Black protest. I also show that the Fifth Circuit's liability standard, one in which protest organizers are responsible for any “foreseeable violence,” will disproportionately target Black protesters, as Black protests are overpoliced-- often by a militarized police force--and are thus more likely to have violent encounters with police. Moreover, implicit bias plays a role both in the likelihood of police officers using force against Black protesters, and in how judges conceive of whether violence at a protest was “foreseeable.” I use this particular inflection point in our history to highlight how even tort liability standards for protest can be, and will be, weaponized against those whose First Amendment rights are the most vulnerable.

We are at a moment of national reckoning, in which policymakers, academics, and law enforcement are made to confront the racial inequalities in our criminal justice system. And as we address the racialized impacts of criminal law, it is crucial that we consider tort law's potential to target and harm racial minorities and racial justice movements.

Tort law, like criminal law, does not operate in a vacuum; the biases and systemic racism that exist in society are imported and weaponized in even private forms of justice. Mckesson highlights how these systems work in tandem--from police officers who brutalize members of the Black community, to state legislators who pass legislation to criminalize protest tactics, to law enforcement officers who again employ military weapons and brutal force against predominantly Black protesters because they are opposed to their message and perceive them as a threat. And now Mckesson introduces an additional element, where police officers and third parties can further sanction protesters, holding them liable for simply being at a protest where someone was harmed. Mckesson enables a heckler's veto, in which individuals who are angry at the criticism levied against the criminal justice system can claim they were injured at a protest (without any proof that the injuries were even caused by a protester) and then sue protest organizers, alleging that their mere presence at a protest is enough to hold them liable.

If Mckesson is upheld, the effects will be devastating for racial justice protesters, from Black Lives Matter activists to indigenous organizers protesting the destruction of native lands. In New York Times v. Sullivan, the Supreme Court recognized the stifling effect of tort liability: “[T]he fear of [civil] damage awards may be markedly more inhibiting than the fear of prosecution under a criminal statute.” Organizers have already expressed their concerns about the deterrent effect that Mckesson will have on potential protesters if it is not overturned. While protesters might be willing to risk arrests, the costs of an open-ended liability regime that could potentially bankrupt individuals and organizations might be too high for protesters, particularly groups that are already under-resourced.

It would be a missed opportunity for the Court to view Mckesson simply as a right to protest case, when the right to protest in this country is frequently intertwined with the rights of the marginalized. Because protests are often the last bastion of political speech for groups whose political demands are otherwise unheard, limiting the right to protest also hinders crucial political reform. Key civil rights reforms were won through concerted and relentless protests. To uphold a standard that would disproportionately target the protest rights of those in society who need the right most (often those without the resources to meaningfully participate in other venues) would chill activity that is a crucial means of social change. When we punish the most vulnerable in society for raising their voices against oppression, our democracy as a whole suffers.

When the Supreme Court considers whether to hear Mckesson v. Doe this Term, it is imperative that it recognizes how much is at stake--for protesters, Black lives, and the larger racial justice movement.