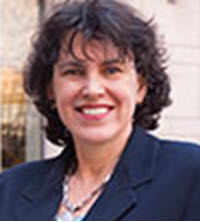 Acute crises such as the COVID-19 pandemic and the 2008 financial meltdown exposed and exacerbated chronic racial wealth disparities. Those disparities accumulated over time as government and private actions--often involving contracts--systemically benefitted White Americans and institutions at the expense of African-Americans. This Article focuses on a private law mechanism--loan contracts--as one important contributor to systemic racial wealth disparities, labels particular lending contracts and related government action as breaches of the social contract, and proposes a restitution-based form of reparations as a remedy for that breach.

A few facts illustrate how contracts helped lenders and government breach the social contract. New Deal housing and lending institutions' redlining policies ensured that White borrowers got better loan terms than African-Americans, which in turn built lily-White suburbs where homes appreciated alongside valuable amenities such as good public schools, parks, and libraries. City dwellers, in contrast, were stuck with high interest loans for overpriced homes in majority-Black neighborhoods with fewer amenities. Decades later, predatory lenders in the 1990s and early 2000s targeted African-Americans for subprime loans that had higher interest rates and harsh prepayment terms. Fully a third of African-Americans saddled with subprime loans could have qualified for conventional loans, and African-American borrowers as a group were four times more likely than similarly-situated Whites to have subprime loans that charged as much as 30% higher interest than conventional loans. Those loan terms harmed African-American families, causing 10% of high income African-Americans to lose their homes during the 2008 financial crisis, compared to just 4.6% of Whites. Those losses in turn caused huge hits to Black household wealth from the 2008 financial crisis--a whopping 53%--compared to only 16% for White households. Over and over, these contracts and policies funneled thousands more dollars to White families than to Black families, money that has enabled Whites to spend more on their children's education, the whole family's health, starting a business, and other life-enriching investments.

That racial allocation of resources breaches the social contract that political theory teaches provides a foundation for law. The idea is that law came into being via a mythical contract in which everyone agreed to be bound by law in exchange for the law's benefits (i.e., private property, police, education, common roads, etc.). John Rawls theorized an equally mythical pre-political “original position” in which people behind a “veil of ignorance” do not know their race, sex, level of wealth, or other social and physical characteristics, a blindness that should allow us to imagine an ideal society in which legal and social rules would not give priority to any one group at the others' expense. But philosopher Charles Mill points out that Rawlsian theory conveniently ignores past distributions of wealth and power to White men, and away from White women and people of color. For law to come into line with its foundational assumption of equal treatment, it must acknowledge breaches of that social contract and award remedies to those harmed by the breach.

A rich literature on reparations documents their necessity and proposes both theoretical and doctrinal frameworks for actual payments--monetary and nonmonetary--to victims of racial inequities. Consistent with the immense amount of debt and the public nature of the social contract, those proposals have largely focused on public law. This Article adds a private law framework to the conversation. Space constraints make it a pilot project that sketches a justification and remedial framework, which I plan to develop further in a longer article.

While many factors contribute to systemic racism and income inequality, debt is a logical starting point for reparations. First, race disparities in many kinds of debt--medical, housing, payday, student--account for a good part of the great wealth disparities between Black and White Americans. Second, the theory of reparations presupposes a debt--financial, symbolic, political, ethical-- owed by an unjustly enriched dominating group or entity to those who suffered and continue to suffer in that zero-sum game. Finally, law has long furthered White acquisition of wealth via debt contracts that systemically harm African-Americans.

This Article advances an argument for reparations in four steps. Part II briefly describes the outrageous racial disparities in the impact of COVID-19, as well as broader wealth disparities. Part III briefly describes the long and varied history of debt-based government policies and contracts that caused those disparities. Part IV situates these government actions and contracts as breaches of the social contract. Finally, Part V lists some recent examples of reparative measures then explores the feasibility of a restitution-based remedy for that breach in the medical debt context. Because the debt owed to African-Americans is so large and so longstanding, this private law remedy, of course, would be just one tool among many to right the wrongs that created wealth disparities.

Reparations are due to African-Americans for the immense, systemic gains that White people and institutions have retained at Black Americans' expense. Contracts played a crucial role in the accumulation of those ill-gotten gains, often in conjunction with government action such as New Deal programs that made housing and education credit much cheaper for White Americans than for Black Americans. Those contracts and actions breached the social contract upon which law is purportedly based by violating the foundational principal of equal treatment for all. Instead, African-Americans funded New Deal programs with their tax dollars, yet did not share equally in the life-enhancing benefits of those government giveaways.

While existing reparations proposals often advance public law solutions, contract law's culpability in unjustly enriching White Americans and institutions makes contract-based relief a particularly apt vehicle for reparations, especially in the context of debt. This Article has explored a private law remedy in the form of restitutionary relief for the contracts and other actions that breached the social contract and thus contributed to the racial wealth gap. While this framework requires creative understanding of the social contract as linked to other kinds of contract, the equitable flexibility of restitution makes it less of a reach than it may first seem. Indeed, other contract-based doctrines such as UCC Article 9's rebuttable presumption rule already recognize an offset to disgorge lenders of gains unjustly generated by evading debtor-protective statutory provisions.

Admittedly, the social contract's liberal promise of equal treatment for all falls short of the precision required to enforce promises in ordinary contracts, and measuring the losses poses difficulties. But once we recognize how ordinary contracts--including debt contracts--have created, sustained, and even exacerbated the racial wealth gap and attendant gaps in life chances, both scholars and doctrine must look for remedies. To fail to make those reparations is to give up on the very idea that law is made by everyone and for everyone, and to concede that formal equality is mere pretense to cover up a massive giveaway to the haves at the expense of the have-nots. The loss of that liberal ideal would impoverish us all.