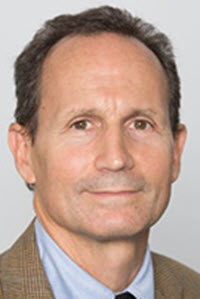 In January 2018, at the close of the board of directors' meeting of the St. Paul Community Development Corporation ("St. Paul CDC"), a nonprofit corporation affiliated with Greater St. Paul A.M.E. Church on Thomas Avenue in Miami, Florida, Melanie Jenkins, a long-time board member and congregant, approached me and the young, newly appointed pastor, Reverend Nathanial Robinson III, and said, "You have brought the light to this community." Located on the Jim Crow west side of the affluent Coconut Grove neighborhood, "this community," historically branded as Colored Town or the Black Grove and colloquially known as the West Grove, has long suffered the harms that come with post-bellum segregation, economic disinvestment, middle-class black flight, and private low-income rental market extraction and exploitation.

Earlier that January evening, at the outset of the St. Paul CDC's board meeting, Reverend Robinson had called for action that could, as Melanie Jenkins declared, bring light into the West Grove. In his remarks, Reverend Robinson pointed out the need to restructure the board, develop a strategic plan to better serve the surrounding predominantly low-income community, and more forcefully address the intractable poverty of the West Grove as a whole. Part of that strategic plan, he noted, included the formation of a housing committee to be staffed materially by the University of Miami School of Law's Environmental Justice Clinic and Historic Black Church Program, two community-based law reform projects conducting anti-poverty, civil rights, and environmental health advocacy campaigns in partnership with numerous inner-city black churches and civic-minded groups in South Florida. To implement St. Paul CDC's strategic plan, Reverend Robinson charged the housing committee with the mandate to investigate, research, and remedy the widening patterns of tenant displacement and homeowner harassment plaguing the West Grove.

Visiting Greater St. Paul A.M.E. Church in January 2018 and again in early 2019, there remains little evidence of light on Thomas Avenue, only a mix of dilapidated wood-frame Bahamian shotgun houses that endured mid-century slum clearance programs and derelict post-war multifamily rental housing developments, the "concrete monsters" of Miami's Negro Removal era. Unlike residents of nearby Liberty City and Overtown as well as other distressed Miami neighborhoods who lost their homes during the Great Recession, some Thomas Avenue homeowners and tenants outlasted the sub-prime lending and foreclosure crisis and eviction epidemic of the last decade and stayed in place. Now, however, they and scores of others are falling besieged to "landgrab" speculators and absentee landlords who want the Afro-Caribbean and African American inhabitants of the century-old West Grove to be gone.

Like many in gentrifying communities of color, both tenants and homeowners on Thomas Avenue face the growing risk of displacement and resegregation. Displacement refers to the involuntary removal of tenants and homeowners caused by evictions and foreclosures, building condemnations and demolitions, and government slum clearance and urban renewal or revitalization programs. Resegregation refers to the economically forced out-migration of tenants and homeowners to segregated and hypersegregated low-income "black housing" districts inside the City of Miami ("the City" or "Miami") or outside the City in the incorporated and unincorporated suburbs of southwest Miami-Dade County. Ostensibly state-sanctioned racial enclaves, these southern second ghettos are marked by segregated schools, low-wage labor markets and high unemployment rates, scarce public transportation, private and nonprofit sector neglect, gun violence, and mass incarceration.

On both sides of Thomas Avenue, one quickly sees what sociology Professor Matthew Desmond describes as society's collective failure "to fully appreciate how deeply housing is implicated in the creation of poverty." Dismayed by that destructive nexus, Desmond urges academics and advocates in the fields of civil rights and poverty law to move beyond the conventional ethnographic and sociological study of structural forces (e.g., historical discrimination and industrial globalization) and individual deficiencies (i.e., the "culture" or "pathology" of poverty) to make visible the often unseen socioeconomic dynamics and processes of impoverishment, such as the process of eviction within the private rental housing markets of urban neighborhoods like the West Grove. Once made visible, the eviction of the poor in cities like Miami, New York, San Francisco, and Washington, D.C., no longer appears "exceptional, but rather the norm, part of landlords' business models and poor people's way of life."

For academics committed to a new law and sociology of poverty and inequality, and for legal advocates and policy reformers in anti-poverty and civil rights organizations as well as law school clinical programs and university research centers, Reverend Robinson, Desmond, and others sound a call to revisit the inner city as a site of cultural and socio-legal study, and, moreover, as a context for experiential learning, qualitative research, and legal-political advocacy around concentrated poverty, neighborhood disadvantage, residential segregation, and public health in the built environment. Their collective call arrives at a moment of renewed academic interest in the inner city and resurgent grassroots activism in inner cities across the nation. For advocates waging fair housing and social justice campaigns, for academics studying poverty and inequality, and for activists struggling to mobilize low-income communities of color in crisis, the subject of the inner city continues to be a focal point of innovative theory-practice integration in the fields of civil and criminal justice.

Indeed, today the inner city constitutes a critical point of convergence for scholarship on urban sociology and anti-poverty and civil rights advocacy, especially in documenting and resisting the adverse health and social outcomes associated with neighborhood disadvantage and residential segregation. That resistance, displayed inside community meetings, legislative hearings, and federal and state courtrooms, spurs a renewed appreciation for the legal-political promise of the 1968 Fair Housing Act, even when viewed in the doleful shadow of the Holy Week Uprisings of 1968, the Report of the National Advisory Commission on Civil Disorders ("Kerner Commission Report"), and the assassination of the Reverend Martin Luther King, Jr. in April, 1968.

Situated at the junction between urban sociology and civil rights law, the Fair Housing Act presents opportunities for collaborative, community-based advocacy around local, regional, and national issues of concentrated poverty, displacement, environmental health, and residential segregation. Despite those opportunities and more than fifty years of law reform campaigns in the field of fair housing, neither legal advocates nor political activists in gentrifying neighborhoods across the nation have been able to halt the pace of eviction or reduce the intensity of residential segregation. Moreover, neither advocates nor activists have been able to refocus law reform campaigns on the vital intersection of fair housing, concentrated poverty, and environmental health and justice. On valences of efficacy and intersectionality, fair housing advocates and activists, along with hundreds of displaced low-income tenants and homeowners in the West Grove and other predominantly black inner-city Miami neighborhoods, bear daily witness to civil rights law's inner-city crisis.

In order to understand the crisis of fair housing law, and civil rights law more generally, in failing to alleviate concentrated poverty and ameliorate residential segregation in the nation's urban and suburban neighborhoods, and no less in failing to envision fair housing in the broader terms of environmental health and justice, this Article turns to law reform within the crucible of community-centered clinical practice. For academics teaching in interdisciplinary classrooms, researching in clinical field laboratories, and serving as advisors, counselors, or partners to community-based organizations, law reform combines the familiar practices of advocacy in administrative, legislative, and judicial settings with the collaborative practices of community outreach, education, and mobilization in secular and sometimes sacred spaces. Positioned in a university-housed law school clinical context, community-based law reform poses distinct pedagogical, institutional, and organizational challenges independent of social movement alliances. Acute treatments of those challenges may be found elsewhere.

The purpose of this Article is not to debate the clinical pedagogy of community or social movement lawyering or to map a fair housing litigation war of maneuver, but to sketch a more modest, everyday practice of antipoverty and civil rights advocacy rooted in a specific time and place. Like much of my recent writing, the Article arises out of a long, community-based law reform partnership between the University of Miami School of Law's Center for Ethics and Public Service ("the Center") and a collection of local churches, nonprofit organizations, and civic associations today cooperating under the auspices of the Coconut Grove Village West Housing and Community Development Task Force ("Task Force"). Expanding upon the earlier work of the Center's Historic Black Church Program and Environmental Justice Clinic, the partnership enables law students, faculty, and staff to provide resources (e.g., rights education, fact investigation, and multidisciplinary research) to the Task Force in ways that are not only consistent with an integrated vision of fair housing, poverty law, and environmental justice, but also responsive to the self-determined needs and objectives of a vulnerable, underserved community. Initially spearheaded by the Coconut Grove Ministerial Alliance, a consortium of a dozen black churches located in the West Grove and in the abutting East Gables, and the Coconut Grove Village West Homeowners and Tenants Association, the Task Force daily demonstrates the promise of multidimensional advocacy for vulnerable communities and the potential of multidimensional advocacy training for their law school and university partners.

Part I describes the current landscape of urban poverty and suburban impoverishment in America.

Part IV examines the promise of fair housing law reform campaigns in combating concentrated poverty and residential segregation, and in integrating a vision of environmental health and justice.

For the West Grove Task Force, neither the disparate-impact and segregative-effect theories revisited here, nor the less discriminatory alternative municipal practice proposals for upzoning and demolition determinations outlined here, will enable fair housing advocates and activists to fathom the complexities of economic hardship experienced by low-income tenants and homeowners. Neither will fair housing campaigns and alternative municipal practices enable advocates and activists to appreciate the varied depth and breadth of material privation infecting the political, economic, socio-cultural, and familial spheres of residential segregation in the West Grove and across the City of Miami and Miami-Dade County. The multidimensional quality of poverty implicates too much culture, psychology, and inequality and too many past hardships, traumas, and compounding disadvantages to inscribe its full scope into the tenant and homeowner narratives sounded by the Task Force in its fair housing campaign.

Yet law reform campaigns may supply constructive vehicles, and local municipalities and federal courts may provide useful forums, to integrate the research methodologies borrowed from ethnography and the analytic concepts of multiple disadvantage and severe deprivation gleaned from the sociology of poverty into a community-based vision of multidimensional fair housing and environmental health advocacy. In this sense, the Task Force's fair housing campaign may serve as a reconstructive project to reconfigure poverty, socioeconomic inequality, and the built environment as a daily relation to private and public forms of power that may be openly contested by even vulnerable tenants and homeowners. On this view, fair housing campaigns may give academics, advocates, and activists Desmond's hoped for opportunity to reach collectively toward a new research and advocacy paradigm applicable to the defense of impoverished communities. In this moment of civil rights law's long inner-city crisis, hope must carry us at least until all the tenants are gone.