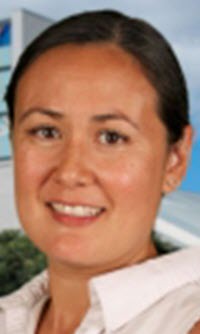 Native Hawaiians, similar to Native Americans Indian tribes, are federally confirmed as indigenous people and thus deserving of a trust relationship with the United States. However, unlike Indian tribes, Native Hawaiians are not federally recognized. Federal recognition bestows upon tribes a government-to-government relationship that serves as an acknowledgment of the political nature of indigenous entities. Indigenous people, who preexisted the formation of the US as sovereign entities, are unique among minorities due to the political nature of their relationship with the US. While Indian tribes negotiated treaties that affirmed their sovereign status within the larger boundaries of the US, Native Hawaiians entered the US when a group of non-Hawaiian businessmen overthrew the Kingdom of Hawai'i with the support of the US military. The act of illegally overthrowing a sovereign monarchy thus brought Native Hawaiians under the fold of the US Constitution whereas Indian tribes exist as largely extra-constitutional entities.

Since the overthrow of the Kingdom of Hawai'i, Native Hawaiians have continued to exist as an indigenous community. Many Native Hawaiians have striven for federal recognition and the same rights and privileges of Indian tribes. Others have steadfastly opposed any type of assent to the jurisdiction of the United States, believing that the overthrow of the Hawaiian Kingdom was illegal and must be rectified. In 2015, the Department of the Interior (DOI), recognizing that a process for administratively recognize Native Hawaiians did not exist, proposed a rule titled "Procedures for Reestablishing a Formal Government-to-Government Relationship With the Native Hawaiian Community." Indian tribal entities already have administrative regulations that provide a parallel process under the Procedures for Federal Acknowledgment of Indian Tribes. However, Native Hawaiians are excluded from petitioning for, and thus obtaining, federal recognition under these regulations.

The DOI recognized that the US had a government-to-government relationship with Native Hawaiians in the past. Thus, through the administrative rulemaking process under the Administrative Procedure Act (APA), the DOI sought to reestablish that relationship. Through this rulemaking process, the Indian Civil Rights Act (ICRA) became one facet of debate. The ICRA, originally passed in 1968, was a hallmark piece of legislation. In the aftermath of the Civil Rights Movement, non-Indian civil rights groups hailed the ICRA as a law that would ensure that tribal nations respected the inherent civil rights of its citizens. The ICRA imposed most of the Bill of Rights onto tribal nations. While there was little indication at the time that tribal governments were violating the rights of tribal citizens, Congress deemed this legislation necessary to ensure the protection of all citizens' (including Native American citizens') rights. Fundamentally, the ICRA limits tribal self-determination by imposing a set of principles that may not be traditional to the tribe and providing federal oversight of its implementation.

One new and surprising employ of the ICRA is its use to define the boundaries of the United States' relationship with all indigenous people, including Native Hawaiians. A core group of Native Hawaiians have pushed for federal recognition for decades and recently celebrated the finalization of a rule("Final Rule") establishing a pathway for Native Hawaiians to achieve federal recognition. The ICRA has emerged as a surprising subject of internal and intergovernmental debate during this rulemaking process. Federal officials have made clear that they are unwilling to accept Native Hawaiians on a government-to-government basis without the express civil rights and civil liberties protections afforded in the ICRA. As a result, as Native Hawaiians build their nation, they will have to determine whether the insistence of the ICRA's mandates correlates with their internal understanding of the duties of their government.

The ICRA was a monumental piece of legislation that had a significant impact on Indian tribes. The ICRA straddled two policy eras and attempted to strike a balance between impinging on tribal self-determination and respecting tribal autonomy. Varying views of whether the ICRA was beneficial or harmful to tribal self-determination exist; however, the Supreme Court's limitation on remedies to habeas corpus relief has stemmed some of the most detrimental aspects of the ICRA. That the ICRA's impact is far and wide is hardly surprising. The Act imposed most of the US Bill of Rights on tribal nations and provided a cause of action for potentially aggrieved tribal citizens. In addition to the ICRA itself being controversial, the hallmark case dealing with the ICRA, Santa Clara Pueblo v. Martinez, is likely one of the most controversial cases in Indian law jurisprudence. Martinez solidified the sovereign immunity of tribes unless a legislative act expressly abridges that right. However, it is surprising to see a statute such as the ICRA, being applied so liberally and assertively in other contexts such as the recognition of a Native Hawaiian governing entity, especially considering that Congress at the time of the ICRA's passage likely did not discuss its application to Native Hawaiians.

Native Hawaiians, while federally confirmed as indigenous people by Congress, have not been successful at obtaining federal recognition because of community unity, concerns about stretching limited resources among a larger group of indigenous people, and increasing anti-race-based sentiments. As a result, Native Hawaiians currently lack a government-to-government relationship with the US.

The ICRA is ingrained in the indigenous law landscape in the United States. Advocates would be wise to gain a better understanding of not only the applicability of this statute, but also ways in which tribal nations, and now Native Hawaiians, can better protect themselves from future litigation around this topic. As Native Hawaiians begin the process of nation building, it is imperative that the community has discussions surrounding which civil rights protections should be included in the nation's governing document. It may very well be that a deeper understanding of the impact of the ICRA could result in modifications of the Native Hawaiian Constitution and further negotiations with the DOI. It is only when the community has decided for itself what its values are and how those values should best be expressed that one can have a truly legitimate Native Hawaiian government.

Lorinda Riley is a professor of Justice Administration at the University of Hawai'i, West O'ahu and lecturer at Richardson School of Law where she teaches federal Indian law.