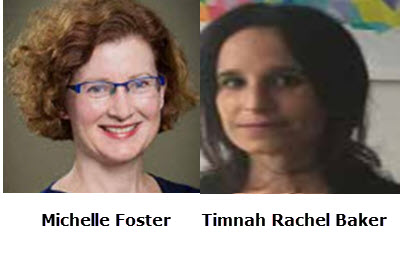 Historically and rhetorically, it is understood that statelessness is often the result of systemic racial discrimination, and that when such discrimination entails the denial or deprivation of nationality, it can operate as the first step in larger programs of persecution. Yet, the relationship between statelessness, nationality laws, and international norms of racial non-discrimination has received little scholarly attention, notwithstanding that it is estimated that seventy-five percent of the 10-15 million stateless persons globally belong to a minority group. Given that the prohibition on racial discrimination is broadly considered a jus cogens norm of international law, meaning it is “a norm from which no derogation is permitted,” how is it that national legal systems continue to permit race-based discrimination--in form or effect--in matters of nationality? And more poignantly, why is the international community apparently reticent to unequivocally critique racialized nationality laws, particularly when their application has produced large numbers of stateless persons? For instance, while the severe persecution and forcible deportation of Rohingya people from Myanmar in 2014 and 2017 has recently been widely condemned by the international community, very little attention was directed at first instance to the racially discriminatory denationalization of Rohingya people that is a root cause of the predicament. This “racial aphasia,” that is, a “collective inability to speak about race” in the context of nationality (at least until it reaches a point of crisis), may reflect a perennial tension between nationality as it pertains to individual rights (for example, the right to a nationality and the right not to be deprived of it arbitrarily) and nationality as it is reserved to the domain of states. Despite the “astounding shift in international law from protecting the sovereignty of racism at the beginning of the twentieth century to openly combatting it by the beginning of the new millennium,” the sovereign fortress of nationality laws still seems somewhat impervious to direct attack, even where such laws contravene anti-racial discrimination norms.

This tension is reflected in the very text of the International Convention on the Elimination of All Forms of Racial Discrimination (ICERD). Although ICERD generally provides strong protections against racial discrimination, including in relation to “the right to nationality” in Article 5, Articles 1(2) and 1(3) introduce limitation provisions. Article 1(2) provides that the Convention does not apply to distinctions between nationals and non-nationals, while Article 1(3) provides that “[n]othing in this Convention may be interpreted as affecting in any way the legal provisions of States Parties concerning nationality, citizenship or naturalization, provided that such provisions do not discriminate against any particular nationality.” On its face, Article 1(3) might suggest that state laws and practices that target more than one nationality would not be in breach of the Convention, whether “nationality” means national or ethnic origin, or enjoyment of citizenship of a particular state. According to this interpretation, a country that has racialized citizenship laws could claim that its laws and practices affect multiple “nationalities” and therefore do not violate the Convention. Relatedly, where a state has denationalized certain ethnic groups, it might claim that the denationalized individuals are not citizens and invoke Article 1(2). Like Article 1(2), Article 1(3) on its face severely limits the “universalist ambition” of the Convention.

The international community's historic reluctance to properly limit Article 1(3)'s scope in a robust and principled manner may mean that Article 1(3), or its animating assumptions, continues to exert an influence on the evolution of nationality laws and practices. So long as the notion persists that matters of nationality exist within the domaine réservé of states, largely untrammeled by norms of non-discrimination, states will be able to rely on sovereignty-based claims in devising and operating their nationality laws.

To be sure, in recent years--often informed by General Recommendations issued by the Committee on the Elimination of Racial Discrimination (Committee)-- numerous scholars have advanced narrowly construed interpretations of Article 1(3). However, these have often been put forward without robust justification. To a certain degree, the discourse around Article 1(3) appears to be self-referential, with scholars referring both to each other and to the same Committee General Recommendation Thirty (examined further below) as if caught in an echo chamber.

The dearth of sustained scholarly attention around Article 1(3) makes it difficult to convincingly mount the argument that states are constrained with respect to discriminatory nationality laws. At the same time, scholars point to racial non-discrimination as a jus cogens of international law in building the case that states are constrained in matters of nationality, but often without critical reflection. As John Tobin writes, “[a]ll too often ... [the] process of defining the content of a human right is accompanied by scant, if any, explanation of the methodology used to generate the interpretation offered.” The same, according to Tobin, may be said of some of the work of treaty bodies. New grounds are needed upon which to advance a narrow reading of Article 1(3), as well as a more developed understanding of the intersection between the prohibition of racial discrimination and the interpretive principles around jus cogens in the context of nationality.

This Article addresses the lacuna in existing legal scholarship, and indeed in jurisprudential analysis, of racial discrimination in nationality matters, by undertaking the first in-depth examination of the history, interpretation, and application of Article 1(3) of ICERD and its consistency with the jus cogens prohibition on racial discrimination. In doing so, this Article offers a nuanced reading of Article 1(3), and suggests that the peremptory norm of racial non-discrimination provides a robust justification for a narrowly circumscribed construal of Article 1(3). While focused explicitly on a particular treaty provision, this analysis raises larger and vital questions about race, nationality, and statelessness--matters that are historically pertinent and have profound ongoing relevance. This Article puts forward the thesis that to the extent that matters of nationality are still considered a balancing act between individual rights and the prerogative of states, the interpretive jus cogens principle, as it relates to norms of racial non-discrimination, tips the balance in favor of equality and non-discrimination.

This Article is organized as follows.

Part II considers the significance of racial discrimination in the context of nationality regulation, noting historical and contemporary manifestations of racialized citizenship.

In Part III, the Article briefly canvasses the intersection between nationality matters within the reserved jurisdiction of states and the evolution of human rights law, examining the ways in which international law has narrowed states' prerogative in this domain.

Part IV turns to a detailed examination of Article 1(3), considering first its drafting history, and then the Committee's treatment of the Article, and in particular General Recommendation Thirty. This section examines all individual and inter-state communications that have touched on nationality and provides an overview of relevant concluding observations over a period of thirty years. This Part concludes that the Committee has, to date, failed to articulate a clear and persuasive position that satisfactorily reconciles Articles 1(3) and 5(d)(iii).

Writing in 2006, just a year after General Recommendation Thirty was published, James A. Goldston noted that the General Recommendation “offers a useful legal platform for advocacy, litigation and monitoring efforts,” yet it is clear that such promise has not been realized. This Article has proffered a principled justification for Article 1(3)'s narrow interpretation with the aim of sharpening the Committee's persuasiveness. More broadly, to the extent that matters of nationality are still considered a balancing act between individual rights and the prerogative of states in this domain, the interpretive jus cogens principle as it relates to norms of racial non-discrimination and the clarification of the content and contours of the peremptory norm helps to tip the balance in favor of individual rights and forecloses the possibility of excluding the right to nationality from the interpretive fold of racial discrimination as a jus cogens norm.

This Article has provided a principled, doctrinal interpretive framework within which to “read down” the problematic Article 1(3) so that the international community no longer brushes over the provision, but rather utilizes it to help combat racially discriminatory nationality laws. The clarification and articulation of legal norms around Article 1(3) and a justification for its narrow interpretation adds to the existing legal tools for combatting discriminatory citizenship deprivation and denial, and narrowing the boundaries of state discretion.