Racial Contagion: Anti-Asian Nationalism, the State of Emergency, and Exclusion 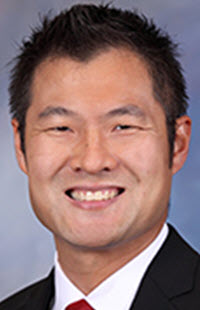 On January 31, 2020, former President Donald Trump issued the first of a series of eight Executive Proclamations suspending immigration using the 2019 Novel Coronavirus (COVID-19) as a justification. These proclamations have included bans on people traveling from China, Iran, the Schengen area, the United Kingdom, Canada, Mexico, and Brazil, as well as refugees, family members of lawful permanent residents, and business workers. Under the guise of public health and welfare, former President Trump deployed these orders to further his anti-immigrant agenda and promote his rhetoric of blaming immigrants for the economic downturn caused by the COVID-19 pandemic.

From the start, President Trump did not hide his disdain for immigrants, particularly those from non-white ethnic groups. He began his campaign for president by blaming immigration from Mexico for the economic woes of the United States, saying “When Mexico sends its people, they're not sending their best. They're not sending you. They're not sending you. They're sending people that have lots of problems, and they're bringing those problems with us. They're bringing drugs. They're bringing crime. They're rapists.” Throughout the campaign, he continually referred to immigration from Mexico as security threats, saying “El Chapo and the Mexican drug cartels use the border unimpeded like it was a vacuum cleaner, sucking drugs and death right into the U.S.” and “[y]ou look at countries like Mexico, where they're killing us on the border, absolutely destroying us on the border. They're destroying us in terms of economic development.”

Indeed, one of his first acts after taking office was to issue Executive Order 13767 which directed the government to construct a wall along the southern border between the United States and Mexico. This was immediately followed by Executive Order 13768, which halted federal funding to any cities and counties that refused to cooperate with federal immigration enforcement. Not long after, in May 2018, the Trump administration instituted its “zero tolerance” policy against unauthorized immigrants arriving from Mexico which led to the controversial family separations of children from their families. These anti-immigrant policies, however, faced fierce criticism and were challenged in the courts with mixed results. Though district courts enjoined the president from appropriating funds for his border wall construction, a divided Supreme Court issued a stay of that order. A federal district court issued an injunction blocking the enforcement of Executive Order 13768, and another federal district court granted a preliminary injunction to halt the practice of family separation and order the immediate reunification of separated children with their parents.

President Trump, however, had most success in restricting immigration through use of Section 212(f) of the Immigration and Naturalization Act. Section 212(f), which appears as Section 1182(f) in the United States Code, provides that “[w]henever the President finds that the entry of any aliens or of any class of aliens into the United States would be detrimental to the interests of the United States, he may by proclamation, and for such period as he shall deem necessary, suspend the entry of all aliens or any class of aliens as immigrants or nonimmigrants, or impose on the entry of aliens any restrictions he may deem to be appropriate.” This was the authority he invoked when he issued Executive Order 13769, also known as the Muslim Ban, which banned foreign nationals from seven predominantly Muslim countries from visiting the United States for 90 days, suspended entry to the country of all Syrian refugees indefinitely, and prohibited any other refugees from coming into the country for 120 days.

Facing significant challenges in the courts, the Trump administration amended the Muslim ban with Executive Order 13780 (Muslim Ban 2.0) and Presidential Proclamation 9645 (Muslim Ban 3.0) which removed refugees from the ban and added North Korea and Venezuela to the list of banned countries in an attempt to show that the ban was not exclusively targeting Muslims. In Trump v. Hawaii, Justice Roberts found that in Section 212(f), Congress had delegated broad authority to the President to exclude aliens so long as he finds that they are detrimental to the interests of the United States and that the President fulfilled that textual requirement of Section 212(f) in the case of the Muslim Ban.

Following the favorable decision for him in Trump v. Hawaii, the President continued to invoke 212(f) repeatedly to conduct his vision for immigration policy during the COVID-19 pandemic. Though initially the exclusions were country specific based on COVID-19 outbreaks, distinctions between the restrictions on European countries and Asian and Middle Eastern countries in respect to trade appeared to exhibit a racial bias, and eventually the President was emboldened to use COVID-19 as a justification to more broadly exclude Chinese graduate students and then all immigrants he deemed to be competition for American workers. These policies were testing the limits of the emergency nature of 212(f) and how “national interest” is defined under 212(f), since these stances were not new and were a part of Trump's immigration platform even before he became president. In fact, his proclamations under 212(f) allowed the president success where his legislative agenda had previously failed. In the first year of his presidency, President Trump endorsed the Reforming American Immigration for Strong Employment (RAISE) Act, which sought to curtail legal immigration by approximately one half, but it failed to come to a vote in the Senate, and two similar bills were introduced in subsequent years but also failed. These bills would have had the most significant impact on Asian immigrants, as the majority of employment-based visas have been issued to immigrants from Asian countries.

Throughout the pandemic, President Trump stoked anti-Asian sentiment, particularly against people of Chinese origin, not by targeting them as a people group, but constantly blaming China for the pandemic and calling it the “Chinese virus” and the “China plague.” Since the President began employing anti-Chinese inflammatory rhetoric, there has been an upsurge in violence against Asian Americans across the nation. As Tim Webster has argued, due to their racialization as perpetually foreign others, “Asians incite mistrust among the U.S. public, media, and political classes that is largely disproportionate to the threat they actually pose ... [and as a] putative security threat, the rise of Asia is linked to the decline of the United States.” However yet again, this is nothing new, as President Trump targeted China from the beginning. Trump centered his 2016 presidential campaign on a “Make America Great Again” platform that fiercely criticized American foreign trade relations, particularly with China. Indeed Trump's “America First” campaign strategy specifically attacked foreign competition with China as a chief target. He began his campaign by complaining how much China was “ripping us,” and continued to lambast China on the campaign trail. Early in his campaign, he wrote an opinion piece in the Wall Street Journal, entitled “Ending China's Currency Manipulation.” China was also a central focus during his first debate with Hillary Clinton. Concerning trade policies with China, in a campaign rally in Fort Wayne, Indiana on May 2, 2016, Trump decried, “We can't continue to allow China to rape our country and that's what they're doing. It's the greatest theft in the history of the world.” Thus, President Trump's scapegoating of China to accomplish his restrictive immigration policies is not simply a result of COVID-19, but is in line with his entire policy platform from the beginning.

This article situates former President Trump's use of executive authority within a larger history of using public health and welfare as a means of promoting anti-immigrant policies rooted in nationalism and xenophobia. Trump is not the first, nor will be the last, politician to stoke nativist and racist anxieties for political gain. Part I examines the move towards Chinese exclusion in the United States during the late nineteenth century as a case study of how racist scapegoating of an Asian immigrant population for domestic economic problems slowly evolved into, and was legitimized by, legislation centered around public health and safety, and ultimately national security. Anti-Asian sentiment began as a regional West coast issue of labor competition, but exploded into a national issue as a public health and safety concern by connecting the Chinese population to disease and contagion. This led to the first federal immigration restrictions in the United States, the Page Act of 1875 that was quickly followed by the broader Chinese Exclusion Act of 1882. Chinese exclusion, moreover, created the foundation for the constitutional theory of plenary power, itself based on wartime powers of the federal government, as interpreted by the Supreme Court, that became the bedrock for all federal immigration power thereafter. Part II considers how national security, the rhetoric of war, and wartime emergency powers of the national government served as touchstones for continued structural discrimination against Asian American populations in the United States through the twentieth century and into the twenty-first century. National security and the need for broad discretionary powers of the federal government during states of emergency were the legal justifications for the disparate treatment of ethnic immigrant groups, which was endorsed by the Supreme Court in Korematsu v. United States and Trump v. Hawaii. Part III analyzes how this expansion of emergency federal immigration power in the wake of Trump v. Hawaii emboldened Trump to engage in more expansive exclusions increasingly blurred the lines between national security, national interest, and baseless xenophobic scapegoating.

The foundation of immigration law was birthed in xenophobia and a fear of contagion, which then established the powers of the federal government based on principles of national security and emergency crisis control. In fact, the very first federal immigration law instituted specifically targeted Chinese immigrants by defining them as a security risk to the country as carriers of disease even though the true policy reason for their exclusion was labor competition with white laborers. The recent elision of national economic interests with national security and public health, therefore, is consistent with historical immigration policy. For this reason, any reform or reversal of Trump's use of national security to accomplish his immigration agenda cannot simply look at the actions of one president, but must look to the deeper structural roots of the problem that enabled him in the first place.

In his dissent in Korematsu, Justice Jackson called the exclusion order a “legalization of racism,” and warned that “[t]he principle then lies about like a loaded weapon ready for the hand of any authority that can bring forward a plausible claim of an urgent need.” In the past, racial animus has been easily guised in the form of national interest and imminent threat to the nation. Whereas racial animus and labor competition alone were not enough to justify the exclusion of the Chinese, public health and safety eventually carried the day in effecting their exclusion at the federal level. Similarly, though not a single person of Japanese ancestry was ever convicted of any serious crime of sabotage or espionage, national security and safety were deployed in the midst of World War II to dispossess thousands of Japanese Americans of their property and erase their competitive position in the farming industry on the West Coast.

Justice Roberts attempted to repudiate Korematsu in Trump v. Hawaii with the statement, “Korematsu was gravely wrong the day it was decided, has been overruled in the court of history, and--to be clear--'has no place in law under the Constitution.”’ However, the deference that Trump v. Hawaii confers on the office of the President to determine national interest and emergency situations elides that distinction. Though couched within the exigent circumstances of the COVID-19 pandemic at the close of his presidency, President Trump's use of presidential proclamations under 212(f) were thinly veiled attempts at accomplishing a restrictive immigration agenda he had touted even before the beginning of his presidency. Whereas in the nineteenth and twentieth centuries, national exigency was used as a facade to engage in racial animus, the COVID-19 bans illustrate how a president can easily frame racial animus as the exigent circumstance that justifies discrimination.