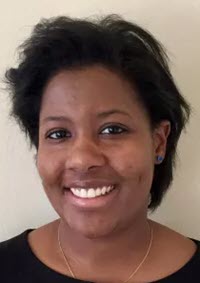 The United States has a long history of using specific characteristics that “society” deemed “undesirable” to prevent targeted groups of people from entering the country. One such example occurred on March 3, 1891 when Congress held that “persons who have been convicted of a felony or other infamous crime or misdemeanor involving moral turpitude” would be excluded from admission into the United States. Although Congress had enacted prior laws regulating immigration, this was the first time that the term “moral turpitude” was introduced in the immigration context to exclude individuals.

In 1996, President Bill Clinton enacted the Illegal Immigration Reform and Immigrant Responsibility Act of 1996, which made extensive changes to the immigration laws of the United States. The new changes shifted the standard for crimes involving moral turpitude by adding ambiguous language and allowing immigration judges to interpret crime involving moral turpitude in a broader context. After the 1996 reforms, the practice of excluding “undesirables” through moral turpitude prohibitions created grave consequences for immigrants. Black immigrants living in communities heavily policed under the broken windows theory were especially impacted.

In their article introducing the broken window theory, Kelling and Wilson stated that:

[o]nce we begin to think of all aspects of police work as involving the application of universal rules under special procedures, we inevitably ask what constitutes an “undesirable person” and why we should “criminalize” vagrancy or drunkenness. A strong and commendable desire to see that people are treated fairly makes us worry about allowing the police to rout persons who are undesirable by some vague or parochial standard. A growing and not-so-commendable utilitarianism leads us to doubt that any behavior that does not “hurt” another person should be made illegal. And thus many of us who watch over the police are reluctant to allow them to perform, in the only way they can, a function that every neighborhood desperately wants them to perform.

Perhaps the solution to solving these issues for communities facing higher consequences for minor offenses is to remove the idea of categorizing people as undesirables. But until we, as a nation, recognize the adverse influence vague language, like crimes involving moral turpitude, can have on our policies, under-privileged groups will continue to face harsher consequences.