The Intersection of Race, Bond, and "Crimmigration" in the United States Immigration Detention System

Excerpted from: Tremaine Hemans, The Intersection of Race, Bond, and "Crimmigration" in the United States Immigration Detention System, 22 University of the District of Columbia Law Review 69 (Spring, 2019) (153 Footnotes) (Full Document) 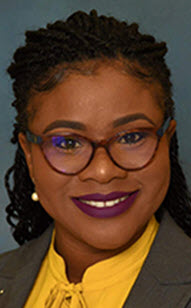 The United States ("U.S.") Supreme Court's recent decision in Jennings v. Rodríguez has potentially opened another avenue for people of color to become entangled in the U.S.' predatory immigration system, through the denial of bail hearings. Denial of periodic bond hearings ensures that many detainees in immigration facilities will be held indefinitely until these detainees' cases are adjudicated. In Jennings, the Court held that detained aliens do not have a right to periodic bond hearings even if they are detained for prolonged periods of time, due to the language of the mandatory and discretionary detention statutes at §§ 1225(b)(1)-(2) and §§ 1226(a),(c) of the Immigration and Nationality Act. This holding perpetuates the U.S.' tradition of immigration laws having an overwhelmingly negative effect of mass incarceration and criminalization on people of color.

Immigration laws fall under the plenary power of the federal government, wherein only the Executive and Legislative branches have the power to make immigration policies. Therefore, the federal government is free to use this plenary power to engage in blatant racism by creating laws that exclude, deport, and punish immigrants. Regardless of whether the current administration is focused on strict immigration laws, the demographics of detention centers depict a clear, disparate impact on people of color. Each administration, new legislative body, and judiciary cause more harm to the immigrant community, and especially to people of color. This is done by pushing their own agendas and interpreting immigration laws as they stand, rather than seeking and implementing immigration reform.

Here, we analyze the interaction of race, mass incarceration through bond denial, and the criminalization of people of color persistent throughout U.S. immigration law.

The Jennings decision on bond hearings marks a new era in immigration law enforcement with mass incarceration of non-citizens and undocumented immigrants. The issue of race in the determination of this case may not be directly addressed, but it is likely to have devastating effects on Black and Hispanic unauthorized immigrants because they comprise fifty-six percent of all incarcerated people in the criminal justice system. There are parallels between the criminal justice and the immigration systems, as these groups are disproportionately represented in the crimmigration system because they are so heavily represented in the criminal justice system. Therefore, the Court authorizing further punitive interpretations of immigration laws by not requiring periodic bond hearings further penalizes people of color in America.

Whiteness has continued to be a marker for a person's success in the U.S., whether in the form of flagrant discrimination, or in the form of institutional discrimination, such as in the immigration detention system. The U.S. is described by many as a melting pot. The reality is that "people of color could be used as the fire for the pot but not melted to be in the pot." In terms of immigration law, the name used to refer to non-citizens (human beings) is "aliens." The use of this term in our immigration laws is reminiscent of Jim Crow laws in the post reconstruction era. The Jim Crow separate but equal era was a way of othering people of color. The use of the word "alien" disseminates that concept by othering non-citizens. Referring to non-citizens as "aliens" perpetuates and echoes the less-than narrative on immigrants that has been prevalent since the 1800s, where black people were treated as subhuman and inferior to white people. In the same way, the Court's inaction in Jennings to protect a basic right of a person located in the U.S., albeit in a detention facility, to be able to make a case for his or her release when detained by the government, is an alarming flashback.

Tremaine L. Hemans is a 3L at the Florida International University College of Law, graduating in May 2019.