Moving Toward Transformation: Abolitionist Reforms and the Immigrants' Rights Movement

During the particular moment of global disruption brought on by the COVID-19 pandemic, organizers 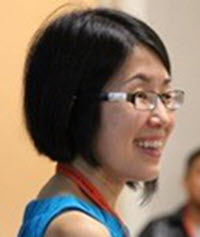 and advocates are pushing the envelope on making bigger and more radical demands. Local and state governments quickly adopted ideas that were previously considered “radical” or “unrealistic”--such as eviction moratoriums and rent freezes, with some temporarily extended. Calls to release people from mass incarceration--exemplified by the #FreeThemAll hashtag--were made immediately. This led to several governors decreasing the numbers of people in state prisons and multiple locali decreasing their jail populations, although the reductions were not nearly close to what was needed. The continued police murders of Black people and the subsequent Black Lives Matter uprising in June and beyond have also defined the key moment that we are in, one where the exposure of economic inequality driven by racial capitalism and white supremacy has been felt and seen with acute sharpness and intensity.

In the immigrants' rights context, the main immigrant-specific demands that have been made of the state these past few months are to include undocumented immigrants in COVID-19 relief efforts and to release people from Immigration and Customs Enforcement (ICE) detention centers. In order to actually advance systemic changes and build power to win, the types of demands and campaigns that immigrants' rights groups should put forward at this moment of rupture must be “abolitionist” reforms. Abolitionist reforms move us toward ending all forms of structural oppression and address the root of these oppressions.

This Article defines and discusses the criteria for abolitionist reforms and assesses whether the recent demands by immigrants' rights advocates take us in the direction of abolition and transformative change. This Article concludes that calls to invest in immigrant communities and to release immigrants from detention can be radical reforms that move us closer to abolition if they are paired with demands to end mass incarceration and to defund the police.

In conclusion, both the invest-divest framework and the calls to release people from carceral facilities including detention centers contain the possibility of abolitionist reforms. They expose the limits of reforming existing policing and carceral institutions and the need to instead fundamentally change or eliminate them. They reduce rather than strengthen the scale and scope of policing and imprisonment, and they connect the fight for better living conditions to more transformative political possibilities.

Shiu-Ming Cheer is the Director of Movement Building & Strategic Partnerships with the NationalImmigration Law Center.