Korematsu, Hirabayashi, and the Second Monster 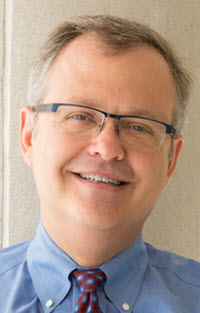 It is a trope at least as old as Beowulf: the unexpected second monster. Beowulf arrives in Heorot to take on Grendel, the demon who has been terrorizing the Ring-Danes' mead-hall. He bests the monster in battle and Grendel slinks off, one-armed and bloodied, to die. The Ring-Danes honor Beowulf with a great banquet; he has slaughtered their nemesis and there is much to celebrate. Full of mead and a newfound sense of safety, the revelers drift off to sleep. That is when a terrible new monster bursts upon the scene-- Grendel's mother, the beast that brought Grendel into the world. The Ring-Danes will suffer further death and havoc until Beowulf can subdue her.

Unexpected second monsters can appear in real life as well, and the Supreme Court's recent opinion in Trump v. Hawaii may have set us up for one. In his opinion for the Court, Chief Justice Roberts put the long-enfeebled precedent of Korematsu v. United States out of its--and our-- misery. Of that notorious decision upholding the mass removal of Japanese-Americans from the West Coast, the Chief Justice said this: it “was gravely wrong the day it was decided, has been overruled in the court of history, and-- to be clear--'has no place in law under the Constitution.”’

A nemesis has been slaughtered and there is much to celebrate. But this is not a moment for mead and peaceful slumber. Around the corner awaits another monster, a bigger threat than Korematsu itself. I am referring to Hirabayashi v. United States, the Supreme Court's 1943 decision unanimously upholding the dusk-to-dawn curfew imposed on Japanese-Americans a few weeks before the mass removal orders of Korematsu. The Hirabayashi decision preceded Korematsu by eighteen months and did the doctrinal work necessary to support the military's actions; the Justices in the Korematsu majority made clear that they felt constrained to uphold mass removal “in light of the principles we announced in the Hirabayashi case.” was Korematsu's progenitor as Grendel's mother was Grendel's.

Yet Hirabayashi has gone unnoticed. In the decades after the war, Korematsu drew all of the attention, perhaps because the burdens it endorsed were the more extreme, or perhaps because it formulated its legal rule a bit more crisply, or perhaps because it--rather than Hirabayashi--was the case that generations of law students encountered in their constitutional law casebooks. Until Trump v. Hawaii, we were ominously reminded time and again in the literature that Korematsu had “never actually been overruled.” We find no such reminder in those pages about Hirabayashi. This is troubling on its own, and even more so because judges and lawyers have continued to cite Hirabayashi without evident shame.

This Essay is a warning. Some today are celebrating Korematsu's demise; others maintain that Trump v. Hawaii actually revived it. But all of that is a distraction. While the debate swirls, the dangerous Hirabayashi decision hides in plain sight, its reasoning unexamined and its holding unassailed. We should attend to Korematsu's mother now, lest she attend to us later.

In the follow-through to overruling Korematsu, the Supreme Court would do well to follow the Plessy example by announcing that Hirabayashi is also dead. The Court should make clear that Korematsu wasn't just wrong on its facts but embodied a broadly illegitimate rule.

And what is that rule? This is where the oddity of Chief Justice Roberts's language in Trump v. Hawaii really matters. The Chief Justice said that Korematsu was wrong because the mass exclusion order was “outside the scope of Presidential authority.” But that is not why Korematsu was wrong, or at least it is not the most important reason. Korematsu was wrong because it upheld a government order that cavalierly and needlessly impacted Japanese-American orphans, tubercular patients in sanitaria, and soldiers in the U.S. Army, while leaving American citizens of German and Italian ancestry untouched. It was wrong because it made a mess of strict scrutiny, tolerating absurd over- and under-inclusion when it ought to have tolerated none, or almost none.

Hirabayashi is wrong for just the same reasons. The orphans and the hospital patients and the soldiers were just as needlessly placed under curfew as they were later excluded, while American citizens of German and Italian ancestry remained free to stroll the nighttime streets. The essential problem of Hirabayashi, just as with Korematsu, is not that the orders against Japanese-Americans fell outside the scope of presidential power. To frame the problem as a flaw of government structure, a president straying outside the boundaries of his authority, is to imply that the other branch--Congress--could do what the president could not. But that cannot be right; surely a statute directing racial curfew and exclusion would have had the same constitutional defects as an executive or military order. No, the problem in the cases is not one of transgressed powers in branches of government; it is one of individual rights.

There is reason to believe that the Court that decided the two Japanese-American constitutional cases of World War II would agree that overruling one entails overruling the other. Justice Black worked hard to tie Korematsu to the earlier Hirabayashi case, essentially adopting the Hirabayashi Court's findings about the internal threats posed by Japanese-Americans and the external threats posed by the Japanese military. Justice Black thought he was doing no new doctrinal work in Korematsu; he was simply upholding exclusion “[i]n the light of the principles we announced in the Hirabayashi case.” One could therefore argue that the overruling of Korematsu in Trump v. Hawaii forcefully implied the overruling of Hirabayashi.

But we do not have a doctrine of silent overruling by inference. The Court has to come out and say it, and it should do so. Regrettably, the fate of Hirabayashi is uncertain in the wake of Trump v. Hawaii. We are living in a time when a domestic terror attack--another September 11--might at any moment be seconds away. That is an inauspicious moment for uncertainty about whether racial or religious discrimination short of internal exile violates equal protection. We recently learned that in the immediate wake of the September 11 attacks, high-ranking Justice Department lawyers debated reviving Korematsu in service of racial profiling at airports. That frightening fact alone should prompt action on Hirabayashi.

The first monster is dead, but the second one lives. At any moment she might be upon us as we slumber. The time to strike is now.