The State's Kuleana: Deconstructing the Permitting Process for the Thirty-meter Telescope and Finding Restoration Through Systemic Validation of Native Hawaiian Rights 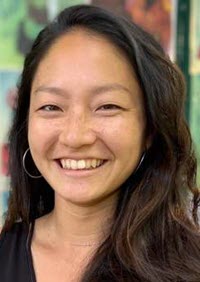 According to Hawaiian genealogical accounts, Wkea (Father Sky) and Papahnaumoku (Mother Earth) are the Creators of the Hawaiian island chain and of the first human from whom all Hawaiians are descended. Their first born child was the island of Hawai'i, and Mauna a Wkea--Wkea's namesake, also known as Maunakea piko of the island. Maunakea is revered and respected as the firstborn child of the creators, the elder sibling to all Hawaiian people. proposed Thirty-Meter Telescope (TMT) would be the largest of fourteen observatories that mark the landscape of Maunakea. On July 15, 2019, the day that construction of the telescope was set to begin, a group of Knaka Maoli established a pu'uhonua near the road leading to the construction site. Eight kia'i chained themselves to the cattle guard grate on Mauna Kea Access Road (MKAR), blocking state construction vehicles from passing through. Two days later, law enforcement arrived at the site and arrested thirty-three people for allegedly obstructing the MKAR. All thirty-three of those arrested were kupuna and revered members of the Hawaiian community, many of whom had spent decades protesting acts of state violence and injustice against the Hawaiian people and 'ina, and who were once again putting their own bodies on the front line. timeline leading to attempted construction of the TMT was fraught with controversy. The initial permit granted to TMT by the Board of Land and Natural Resources (BLNR) was invalidated in a 2015 Hawai'i Supreme Court ruling that held it had violated due process. During the scoping process for TMT, hundreds of comments were submitted by Knaka Maoli activists, cultural practitioners, environmental activists, and community members, objecting to TMT's construction. They voiced concerns over the impact that TMT would have on sacred and cultural practices and the mauna's fragile ecosystem. The required Environmental Impact Statement (EIS) found that “impacts would continue to be substantial, significant, and adverse with the consideration of the Project [TMT] and other reasonably foreseeable future actions.” The EIS nevertheless concluded that the construction of TMT would “add a limited increment to the level of cumulative impact, but would not tip the balance of any specific cumulative impact from a less than significant level to a significant level.” The BLNR--and the Hawai'i Supreme Court in the subsequent 2018 court challenge, Maunakea II--likewise granted TMT the necessary permits for its football stadium-sized structure. After years of trying to make their voices heard by the state of Hawai'i's administrative and legal systems, Knaka Maoli activists resorted to the only tools they had left: Their own bodies, as physical barriers to construction vehicles, and the erection of a place of refuge at the base of their sacred mountain. These were the tools necessarily used to fight back against the state's relentless pursuit of development, prestige, and scientific progress at the expense of Native culture.

It is impossible to separate the legal issues presented by Maunakea from their roots in the oppressive colonial backdrop of Hawai'i's history. The effects of the historical subjugation of Knaka Maoli are all too visible in Hawai'i today. Knaka Maoli are now a minority in their own homeland, yet make up a disproportionate percentage of people who are unsheltered across the state. They are overrepresented in Hawai'i's prisons and underrepresented in decisionmaking positions. Knaka Maoli face significant inequities in physical and mental health. Despite the idyllic imagery of Hawai'i as a friendly, racially mixed community, awareness of the lasting effects that cultural suppression and the continued illegal occupation of the Hawaiian Kingdom have had in Hawai'i is painfully lacking in most social circles.

It is undeniable that TMT will achieve unparalleled discoveries in astronomy, but in the pursuit of scientific and economic advancement, there are some things that should not be permitted; furthering the desecration of a sacred space is one of them. The only way to understand this--and what I suggest is the underlying goal of this Comment--is to question the legal systems in place by recognizing their context as created and dominated by the interests of a colonial state, to challenge ideas of “progress” as defined by Western ideals, and to reject the narrative that Knaka Maoli have no more right to the determination of this land than any other resident of Hawai'i. This Comment embraces these ideals via an analysis of the state of Hawai'i's failure to protect Indigenous rights on Maunakea and the conclusion that only by engaging in restorative justice can the Hawai'i community rectify the harms perpetrated on Maunakea and move forward together. Indeed, this Comment suggests that recognizing these failures and pursuing restorative justice on Maunakea are models that can be applied beyond the boundaries of Mauna Kea Access Road. Taking these steps can pave the way for recognizing and addressing the harms that the state has inflicted on Hawai'i and Knaka Maoli as a whole.

Part I of this Comment briefly summarizes the events involved in the Maunakea controversy and the response of the kia'i. Part II looks into the decisions of state actors to grant a land use permit to TMT Corporation by analyzing the language used in the EIS, the BLNR's Findings of Fact, and the Hawai'i Supreme Court decision in In re contested case Hearing re Conservation Dist. Use Application Ha-358 for the Thirty Meter Telescope at the Mauna Kea Sci. Reserve (Maunakea II). Finally, Part III provides proposals for acts of restorative justice available to the state in order to heal our community from the violence inflicted during this controversy.

The majority of Hawai'i's population today is made up of non-Hawaiians, yet the landscape is not so divided as one might think. Growing up in the islands, it is not uncommon that whether someone is Hawaiian, Chinese, Filipino, Okinawan, Chuukese, white, or some mix of all of the above, is a matter that rarely comes up. This acceptance of racial differences has the downside of rendering the issues that Hawaiians uniquely face less visible and recognized to non-Natives. Indeed, it may be difficult for the Japanese family--who, five generations ago, came to the islands to toil in sugar plantations for $20 a month--to recognize that they have ultimately benefited from the continued illegal occupation of the Hawaiian Kingdom, at the expense of Hawai'i's Indigenous people. But that is exactly what we must do.

Committing to restorative justice for Maunakea is necessary for several reasons. First, restorative justice as this Comment has proposed, frames the recognition of the systemic harm perpetuated by the state of Hawai'i, and the of systemic protections for Knaka Maoli rights, as essential components to healing. Furthermore, implementing restorative justice practices implicates Indigenous methods for conflict resolution, which serves two functions: that of healing itself, and the recognition of Indigenous practices as not only legitimate, but necessary. Finally, and perhaps most importantly, the above proposals demand the leadership of, and deference to, Knaka Maoli voices--the most essential and missing piece in this conflict.

The fight to protect Maunakea has come to be about more than just the mauna. In many ways, it has been a referendum on the state of Hawaiian sovereignty today. It has been a rallying call across the Hawaiian community and beyond. And it has forced the occupying government to recognize and confront the strength and resilience of Knaka Maoli when pushed to their limits. Because Maunakea stands for so much more, the state should take it as a lesson to be applied beyond the boundaries of Mauna Kea Access Road. And because it stands for so much more, taking steps toward restorative justice now can pave the way for a brighter future for all of Hawai'i.