Columbus's Legacy: Law as an Instrument of Racial Discrimination Against Indigenous Peoples' Rights of Self-determination 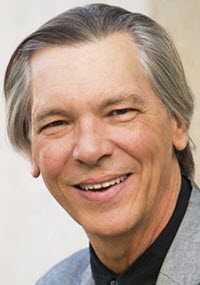 Our encounter with Columbus's legacy in this quincentenary year reveals more about ourselves than about our historical understanding of the itinerant explorer who inaugurated the European colonization of the New World. The quincentennial themes that we choose to address speak to our own sense of individual responsibility to engage the collective memory of a society forged out of the conquest of one group of peoples over another. This Introductory Essay to the Arizona Journal of International and Comparative Law: Symposium on Indigenous Peoples' Claims to Self-Determination addresses the quincentennial theme of the history of how law has served as an instrument of racial discrimination against Indigenous Peoples' human rights of self-determination.

“Self-determination,” the world's great international charters of freedom declare, is a right of “all peoples.” As Professor James Anaya explains in his article appearing in this Symposium issue, this right to self-determination is understood generally, at its core, as encompassing the idea that human beings, individually and as groups, should be in control of their own destiny, and that systems of government should be devised accordingly, and not imposed upon them by alien domination. Racial discrimination, as that term is defined generally by international law in our contemporary multicultural world, is

any distinction, exclusion, restriction or preference based on race, color, descent, or national or ethnic origin which has the purpose or effect of nullifying or impairing the recognition, enjoyment, or exercise, on an equal footing, of human rights and fundamental freedoms in the political, economic, social, cultural or any other field of public life.

In this Essay, I examine the law brought to the New World by Columbus and the peoples of Europe who followed him in his colonial quest. I argue that this European-derived law of colonization was inescapably and irredeemably racist in its discriminatory application to the New World's indigenous peoples and their tribal systems of self-government. The cultural racism of Europeans, as I will illustrate, denied the idea that indigenous tribal peoples should be in control of their own destinies, and imposed upon them instead a legal regime of alien domination that refused recognition of their fundamental human rights of self-determination.

This quincentennial theme of cultural racism in the encounter between European-derived law and the New World's indigenous tribal peoples is of contemporary moment. The racist law which Columbus and other Europeans brought to the New World is still enforced and applied as the law of the colonizer and colonized in the United States, and in other European-derived settler states. To the extent that our contemporary law has not escaped and redeemed itself of its racially discriminatory application against indigenous peoples, we all share in the responsibility as human beings to engage Columbus's legacy in our modern world. That process of engagement with our destiny, is, in fact, what makes us self-determining human beings. It is a process ably represented by the articles and essays which follow in this Symposium issue, for they are all beginnings aimed at using law as an instrument to end the five hundred year old European-derived legacy of racial discrimination against indigenous tribal peoples and their human rights of self-determination.

Most important to our contemporary concerns of creating a multicultural society of equal law and justice for all peoples, regardless of their race, cultural or religious beliefs and practices is the continuing legacy of the acceptance of the Doctrine of Discovery into United States law, as well as its acceptance into the law of all the other European-derived settler states which have adopted it implicitly or explicitly as their law of indigenous peoples' rights and status. Those who came to the New World seeking to pursue their own vision of freedom and self-determining rights did so by transplanting an Old World form of cultural racism denying respect to indigenous tribal peoples' own fundamental human rights of self-determination. “Underneath its mask,” as Albert Memmi reminds us, “racism is the racist's way of giving himself absolution.” The Doctrine of Discovery, which provides the foundational principles of our modern Federal Indian law, represents a nearly one thousand year old legacy of racial discrimination against normatively divergent non-Christian peoples. And because it is regarded as “law,” it provides the “apology,” for the privileges of power and aggression exercised by a race of colonizers over the colonized. As we reflect on the themes that we choose to engage in this quincentennial year, we encounter the continuing reliance on a European legal tradition justifying cultural racism and discrimination against the New World's indigenous tribal peoples. No ritual of self-forgiveness, not even that reflected in a conqueror's law, can absolve us of the responsibility to address the challenges left to us by Columbus' Legacy.