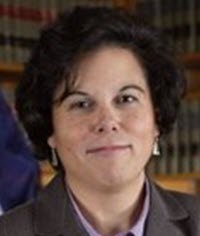 In the middle of the 20 Century, Congress passed laws granting New York State concurrent criminal and civil adjudicatory jurisdiction over Indian lands in the state. Far from being innocuous, these laws capped off nearly 200 years of disputes. The legislation on its face appears to be a simple grant of jurisdiction. But what the legislation does not communicate is that the battle for jurisdiction between the State and the Indian Nations had been waged for years--and the historical records reveal the State's true motives in its quest for jurisdiction. Despite the Indian Nations' laws and culture based on peace and respect, the State believed the Nations needed to abandon their governments and culture, pay taxes, and assimilate into American society. But perhaps more importantly, the Indian Nations, specifically the Seneca Nation of Indians, held something even more important to the State: land.

The Haudenosaunee (or “Iroquois”) People formed the Five Nations Confederacy prior to arrival of the colonists. Before its formation, the Mohawk, Onondaga, Oneida, Cayuga, and Seneca Nations were at war with one another. But the arrival of the Peacemaker brought the warring nations together. They laid down their weapons of war and formed a formidable confederacy, which--with the addition of the Tuscarora Nation--became known as the Six Nations Confederacy.

The Peacemaker's Great Law of Peace united the Nations. According to the Law, peace is not simply the absence of war, but is instead the active pursuit of justice as a way of life. There are three components to the Peacemaker's message of peace: righteousness, reason and power. Righteousness is using a pure and most unselfish mind and all “thoughts of prejudice, privilege or superiority be swept away and that recognition be given to the reality that the creation is intended for the benefit of all equally--even the birds and animals, the trees and the insects, as well as the humans.” Reason is “the power of the human mind to make righteous decisions about complicated issues.” Power is the “power of persuasion and reason, the power of the inherent good will of humans, the power of a dedicated and united people, and when all else failed, the power of force.” The power “to enact a true Peace is the product of a unified people on the path of Righteousness and Reason--the ability to enact the principles of Peace through education, public opinion and political and when necessary, military unity.” The Six Nations Confederacy became a powerful force with which the colonists were forced to contend. From the perspective of the Six Nations, the Great Law of Peace served as the roadmap for interaction with the colonists, encompassing a respect for mutual sovereignty--a respect the Nations expected to be reciprocated.

This understanding of peace laid the foundation for the Confederacy's international relations, which is perhaps best illustrated through the Two Row Wampum or Guswenta Treaty. The Mohawks, representing the Six Nation Confederacy, entered into the Two Row Wampum Treaty with the Dutch in approximately 1677. The Treaty, which acknowledged the Confederacy's sovereignty, was an agreement to live side by side as sovereigns and not interfere in each other's governance. The late Onondaga Nation Chief Irving Powless Jr. described the treaty as a recognition of the equality of peoples. He explained the Treaty in the following manner:

The Two Row Wampum belt is made of white and purple beads. The white beads denote truth. Our record says that one purple row of beads represents a sailboat. In the sailboat are the Europeans, their leaders, their government, and their religion. The other purple row of beads represents a canoe. In the canoe are the Native Americans, their leaders, their governments, and their Way of Life, or religion as you say it. We shall travel down the road of life, parallel to each other and never merging with each other .... As we travel the road of life, because we have different ways and different concepts, we shall not pass laws governing the other. We shall not pass a law telling you what to do. You shall not pass a law telling me and my people what to do. The 1794 Treaty of Canandaigua, between the newly formed United States of America and the Six Nations, also incorporated this philosophy of mutual sovereignty and respect. The Treaty acknowledges the Nations' right to live freely on their lands and that the United States will never disturb them until the Nations chose to sell their lands to the United States. However, this would change as New York's power and ability to interact with the Indian Nations grew and it began its quest for jurisdiction over Indian land.

The New York Joint Legislative Committee on Indian Affairs finally achieved the State's goal: criminal and civil jurisdiction. The Six Nations Confederacy, in its interactions with the State, had sought peace and respect. But as the historical record illustrates, New York ignored their treaties and sovereignty and fought for jurisdiction in order to assimilate the Nations. In 1954, the Committee heralded its success in this endeavor: "The last ten years have produced changes of relationship between reservation Indians and the State of New York hardly conceivable in the light of previous experience. Most important of these has been settlement of the long-standing controversies over sovereignty and jurisdiction and emergence of the State as the active governing authority. These changes have brought security and stability to reservation existence and desire on the part of an ever-increasing number of Indians to assume more active roles in contemporary society."

But despite all the Committee's efforts, the Six Nations' Territories and sovereignty still exist. The Nations are stronger, many with good economies. All of the Nations have functioning dispute resolution procedures, some in the form of modern tribal courts. Others use their traditional dispute resolution process. Fortunately, the relations between the Nations and the State have started to improve. But the memories of the battle over jurisdiction still remain.