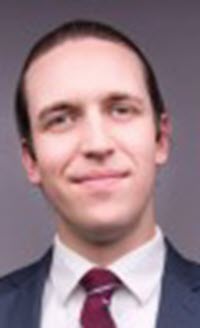 Native Americans, American Indians, First Nations, Alaska Natives: there are a plethora of labels to categorize the descendants of the indigenous population of North America, whose ancestors inhabited what are now the United States of America and Canada prior to the European conquest and colonization of the North American continent. Today these communities are known by many names: Mohawk, Apache, Navajo, Comanche, Ute, Blackfeet, Crow, Cherokee, Leni-Lenape, and hundreds more, in a plethora of languages. One commonality with all of these groups is a deep cultural and spiritual connection with the natural resources in their environment, with this relationship forming the basis for the wide variety of spiritual systems present in these diverse communities. For the peoples whose ancestors called this land home long before Europeans ever arrived, their relationship with this land and its resources is complex. As the expansion of European-American colonists and settlers abutted Native homelands, their often-divergent interests led to conflict.

To establish dominion over the wealth that could be gleaned from the air, water, and earth of this country, the United States government viewed as a necessity the objective of extending the governance provided by the American system of laws over all the nations and communities populating the continent, often justifying it in explicitly racist and colonialist language. The headlong rush for natural resource exploration and extraction that was the impetus for the march of colonization and settlement across America has been costly in terms of depletion of those resources, the spoliation of large swathes of land and water, and the human harms suffered by those living near to areas contaminated by extraction or industrial activities. Across the United States environmental contamination exists as a reminder of the effects of production and resource extraction on the surrounding environment. Environmental contamination has often received public attention. The outcry over the prevalence of contaminated Brownfield and Superfund sites in Newark, New Jersey, the Cuyahoga River in flames in Cleveland, Ohio, or the Three Mile Island incident are prominent examples. On Tribal lands there are longstanding environmental catastrophes that receive comparatively less notice, even when their effects on the impacted communities are just as much or more pronounced.

Native American Tribes have been granted title to reservations across the United States, held in trust by the federal government for their benefit. Through this system the federal government purportedly acts as a ward of the interests of these Tribes, with Tribal communities considered “dependent nations” with sovereignty supposedly co-equal to the federal government, but the nature of that dependency is created through statutes and the rulings of American courts. The trusteeship relationship between the federal government and the Native American peoples is ostensibly enforced for the benefit of the Tribes, as the government is nominally responsible for stewarding the lands granted to the Tribes for the Tribes' benefit. However, Native Americans living on or near reservations have been subjected to a longstanding fundamental iniquity: following their conquest and assimilation under United States authority, the land under their control has been steadily eroded, and they are forced to reckon with a legacy of environmental contamination stemming from exploitation of the natural resources found within that land.

This note makes three claims: (1) that environmental contamination disproportionately affects those who live on Tribal lands; (2) that the Comprehensive Environmental Response, Compensation, and Liability Act (CERCLA) must be amended to allow for recovery of damages for injuries to natural resources of cultural significance; (3) that the Federal government must renew its efforts to effectively work with Tribes to better regulate and protect the environment on Tribal lands.

Even in light of the preceding statements however, the future of natural resource exploitation and environmental contamination on Tribal lands is far from certain, and without robust changes to the relationship between the federal government and the Tribes about the siting of natural resource extraction and ongoing remediation of environmental contamination, it is likely that the Biden administration will remain “business as usual” for people living on Tribal lands. On January 27, 2021 the Biden administration announced a temporary suspension of new leasing and permitting for oil and gas development on public lands. This suspension however, does not apply to Tribal lands, where some Tribal representatives are apprehensive about federal actions curtailing often-lucrative fossil fuel and mineral extraction projects, while others are concerned for the environmental implications of new leases.

In conclusion, the future of Tribal lands is still very much dependent on the policy agendas of each passing presidential administration and the policy agendas they set for Executive Branch agencies. Without robust efforts to statutorily confront the shortcomings of the federal-Tribe relationship, it is likely that the issues of resource governance, protection of culturally-significant sites, and the health repercussions of environmental contamination will persist, as they have for hundreds of years. Federal regulation, coupled with a growing national visibility for Tribal issues, will set the stage for future controversies unless the federal government recognizes that when the United States of yesteryear enforced the capitulation of these Tribes, it placed responsibility on itself as well. Beyond words in statutes, or executive orders, or leases, or treaties, the legacy of the United States' relationship with the numerous Tribes will remain etched into the land long past the lives of any individual or government. For the United States to properly account for the vast iniquities it inflicted upon Tribal Nations, it must address the legacy of environmental contamination of Tribal cultural resources. In the words of Mary Brave Bird, a Lakota writer: “[t]he land is sacred. These words are at the core of your being. The land is our mother, the rivers our blood. Take our land away and we die. That is, the Indian in us dies.”

Alexander is a third-year student at Benjamin N. Cardozo School of Law, and the Senior Notes Editor of the Cardozo Journal of Equal Rights and Social Justice. He currently serves as a Law Clerk at the United States Environmental Protection Agency.