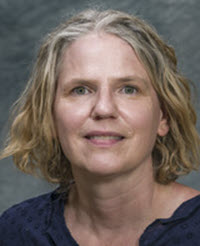 Well over a year after it began, the COVID-19 pandemic continues to rage. As of this writing in August 2021, there have been over 215 million known cases of COVID-19 worldwide and over four million deaths, with over 650,000 of those deaths having occurred in the United States alone. Late in 2019, the disease was discovered in China, with the first case arising there in November or December 2019. By mid-January, it had begun to spread beyond China, with the earliest case outside of that country reported in Thailand on January 13, 2020. The virus then began to spread rapidly throughout the world, producing the first known United States case on January 21. On January 30, the World Health Organization (WHO) declared the virus a World Health Emergency, and the Trump Administration followed suit the next day, declaring it a public health emergency. This was followed by the United States President's formal proclamation of a state of emergency on March 13, 2020.

Within the United States, the governmental responses have been widely variable. At the national level, there was a sharp divide between the Trump Administration's response, which was described as “inconsistent and incoherent,” with a prominent White House historian noting pointedly that officials have “[c]learly ... not told the truth” and that they have “politicize[d] attempts to save people's lives,” and the Biden Administration's approach, which has been described as “[d]riven by science, data and public health priorities,” with the caveat that the public health system itself is in need of crucial improvements in management and implementation to function more effectively. Additionally, although federal powers such as the commerce power confer some level of authority on the federal government to regulate public health, most public health measures in the United States have historically been enacted by state and local governments pursuant to broadly defined state police power.

States and tribes were left for roughly the first year of the pandemic to individually determine what measures to enact to best protect public health within their own jurisdictions, a framework that produced wide-ranging results. This variability was partly due to the Trump Administration's rudderless response to the pandemic--which included legally dubious orders to states to eliminate some public health protections and federal favoritism among, and competition with, states for medical supplies partly due to the fact that states' police power has traditionally been the most frequently invoked source of authority to regulate public health. Several states have imposed stringent measures, with others taking a more lax approach. Tribes have also varied in their responses, although their decisions generally have been less widely reported. For example, several tribes in South Dakota and throughout the country have implemented checkpoints, including the Makah Tribe, Zia Pueblo and other Pueblo tribes, the Crow Tribe, the Navajo Nation, and the Northern Cheyenne Tribe, as well as the two tribes that are the focus of this essay, the Cheyenne River Sioux Tribe and the Oglala Sioux Tribe or Oglala Lakota Nation. Tribal approaches to the checkpoints vary, with some tribes preventing entry by those who are neither tribal members nor reservation residents and others briefly stopping vehicles and then allowing most traffic to proceed. And many of the nation's 574 federally recognized tribes have adopted numerous other public health measures in response to COVID-19 as well.

In South Dakota, as further explained in Parts II and III, the state and many of the tribes whose reservations are within its borders have been at loggerheads due to diametrically opposed approaches to the necessity of public health measures.

This Article explores what measures tribal governments can take to enforce regulations and policies designed to protect their own citizens and others within their territories from COVID-19. Specifically, are the tribes in South Dakota legally able to operate checkpoints on state and federal highways running through their reservations to enforce regulatory measures designed to curb the spread of COVID-19? The short answer appears to be yes.

Part II examines South Dakota's approach to the pandemic and the State's resistance to tribal public health measures that affect nonmembers. Part III describes regulatory measures enacted by the Oglala Lakota Nation and the Cheyenne River Sioux Tribe in response to the pandemic. Part IV explains the Supreme Court's common law test for tribal civil regulatory jurisdiction and argues that its strictures are met in the unique circumstances of the pandemic. Part V elucidates the reasons that tribal members are particularly vulnerable to COVID-19. Part VI describes and critiques the Bureau of Indian Affairs' interim guidance relating to tribal checkpoints, and Part VII briefly explores the requirement that seizures be conducted reasonably. Part VIII discusses the difficulties posed by the Montana test in less exigent circumstances, and, finally, Part IX offers some concluding thoughts.

The COVID-19 pandemic, combined with the host of preexisting conditions that are more prevalent among Natives, the laissez-faire approach that South Dakota has taken to the virus, the inadequacy of tribal healthcare systems, and the underfunding and delayed funding of tribal relief efforts has created a life-or-death situation for tribal governments seeking to curb the virus. Tribes appear to be well within their rights in reasonably implementing checkpoints to curb the spread of the deadly disease.