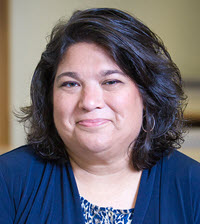 In the 1990s, a young schoolgirl who was studying the American Indian tribes of New York in her elementary school class asked to talk with me about the Seneca Nation of Indians of western New York. I am a member of the Seneca Nation and spent my childhood on the Cattaraugus Territory. We arranged a telephone interview. Her first questions, asked in a voice of earnest innocence, have stayed with me these many years later: “When you were a Seneca Indian, what did you eat? What did you wear? What was your life like?” I explained to her that Seneca people living in New York today are much like other western New Yorkers in terms of what we eat and what we wear. But her well-intentioned inquiry encapsulated for me the persistent experience and expectation of American culture that preclude Indian tribes from modernity and relegate Indian people to a bygone era, frozen in a historic past modeled by elementary school dioramas.

The reality is that there are at least 573 federally recognized and 100 state recognized American Indian and Alaska Native tribes and more than 5 million American Indians and Alaska Natives in the United States. The enduring presence of indigenous people and peoples, Indians and Indian tribes, in the twenty-first century would likely be a surprising development for those of the founding era. Those responsible for the earliest formulations of American Indian policy, and so many subsequent policymakers, had every expectation that the so-called Indian Problem would go away as the Indian people, their tribal organizations, and their claims to sovereignty were decimated by disease, disbanded after displacement, or dissolved under the weight of forced assimilation.

The expectation of tribes' inevitable consignment to history was not just a widely shared political and cultural value among Americans, it has been a goal explicitly enshrined in American Indian law and policy for most of the nation's history. And yet, tribes and tribal people endure as cultural, political, and legal entities. What principles and attributes enabled this remarkable survival? Might an examination of that story contribute to the field of resilience theory more generally? And how can these lessons learned help tribes and other institutions prepare for future setbacks and assaults?

This Article seeks to answer these questions by identifying principles of indigenous resilience: those characteristics and strategies that have enabled the endurance of America's Indian tribes and Alaska Natives. The Article will argue that tribes have drawn from and relied on indigenous principles and traditions in ordering their societies and governing their communities to weather the legal and cultural assaults against them without losing their fundamental identities or functions. Indigenous ideals have provided the anchoring foundation that has enabled the tribes to overcome efforts marshaled against them.

Such principles of indigenous resilience offer significant lessons for all those interested generally in the resilience of institutions, systems, communities, and individuals. Legal thinkers and policymakers concerned with disruptions that may upend social and political institutions may benefit from the hard-earned wisdom and time-tested strategies that have enabled the tribes to survive. Certainly, tribal leaders and federal Indian law policymakers may also look to these principles in planning for the future of tribal self-governance and responding to threats to tribal institutions.

My grandmother, Norma Seneca, was keenly aware of the improbability of the survival of the Seneca people in western New York after centuries of efforts to remove or terminate them. “We are not supposed to be here,” she would say with a sly and defiant gleam in her eye. “But we are here. That's what we do. We survive.” That same resolute determination has characterized the survival of many Indian tribes. For all the efforts to seize their resources, break their bonds, quiet their language, still their dances, and strip their sovereignty, the tribes survive.

Tribes have shown themselves to be resilient institutions, legally and culturally. They have mitigated, adapted, and transformed to maintain their core purposes and functions in the face of repeated existential threats. Tribes are enduring legal entities in part because they have been resilient in their response to legal assaults. While no one would reasonably suggest that tribes are better off for the assaults on their sovereignty and the threats to their very survival, many tribes are thriving in spite of the assaults and have grown their capacity to respond to challenges to their sovereignty. Rather than allowing themselves to be consigned to history, as American law, policy, and culture might have had it, many tribes are highly effective in carrying out their core missions to preserve and transmit their exercise inherent sovereignty as self-determining communities, and facilitate opportunities for their membership to thrive.

There are important lessons in the resilience of tribes about adapting to changed circumstances and rebounding from threats without losing the integrity of identity. History warns that future threats and volatility are always on the horizon. By embracing the indigenous principles that have helped the tribes to survive and thrive, tribes can prepare to meet and even grow in strength from future threats. So too, as resilience theorists contemplate the potential of existential threats from climate change, political volatility, and social vulnerability, they may be well advised to look to the tribes to better understand how to prepare for and respond to these threats.

Professor of Law at BYU's J. Reuben Clark Law School and a member of the Seneca Nation of Indians of New York.