Recent Challenges to the Indian Child Welfare Act Suggest it Is Time for the United States Supreme Court to Act: Indian Survival Depends on it 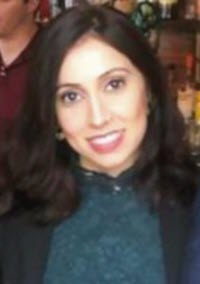 Native tribes and Indians have been subject to abuse and exploitation that continues to exist today. One area that highlights the abuses that they face is the removal of Indian children from their homes and families. In response, Congress enacted the Indian Child Welfare Act of 1978 (“ICWA”) to protect the best interests of the “Indian Child”, Indian tribes and families. “Indian Child” is defined as a child who is a tribal member, or who is eligible for tribal membership and is the biological child of a member.

Since the enactment of the Indian Child Welfare Act, the United States Supreme Court has heard only two cases regarding the ICWA: Mississippi Band of Choctaw Indians v. Holyfield, and Adoptive Couple v. Baby Girl. Neither case held that the ICWA is unconstitutional, nor struck any provision of the ICWA. However, there has been a rise in challenges to the ICWA, with one Federal District Court Judge recently ruling that the ICWA is unconstitutional.

Part I of this Note begins with a historical context of tribal sovereignty which designates tribes as separate and independent political communities that have a right to self-government within the borders of the United States. It also briefly discusses the Indian Commerce Clause, which grants Congress the authority to regulate commerce with Indian tribes.

Part II gives a background of the circumstances that led to the creation and enactment of the ICWA followed by an overview of the act.

Part III of this note is a brief analysis of the two Supreme Court cases concerning the ICWA and how the Court came down in each decision. It then explores the prominent ongoing issues lower courts have addressed, and continue to address, regarding specific provisions of the ICWA.

Part IV explores several issues raised in recent cases that challenge the ICWA on a number of grounds, including the 2018 Federal District Court case that ruled the ICWA is unconstitutional. Finally, Part V of this note examines the reasons why it is essential for the United States Supreme Court to address the ICWA again and what kind of impact a conservative Supreme Court is likely to have on the ICWA.

Adoptive Couple v. Baby Girl was decided in 2013, three years before the implementation of the Final Rule in 2016. The Final Rule makes clear that all child custody and welfare proceedings involving an Indian Child are subject to the provisions of the ICWA, regardless of membership in a tribe or any connection to a tribe. Application of the Final Rule is binding on state courts and state actors in custody proceedings. Justice Thomas, in Adoptive Couple, addressed the issue of regulating Indian children as individuals rather than as tribal members when the BIA guidelines were not binding, and stated that such a regulation that has no connection to an Indian tribe is unconstitutional.

A conservative Supreme Court bench will undoubtedly question Congress' authority under the Indian Commerce Clause to regulate individual Indian persons rather than Indian tribes. In addition, the authority of the ICWA to dictate how state laws should resolve family matters will likely be held unconstitutional.