Justice Must Extend to Native Americans 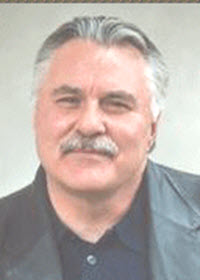 Frequently forgotten Native Americans should be included in discussions about justice today.

In America, Native Americans often go unnoticed in the national quiltwork of race and ethnicity. Historically, being forgotten has sometimes worked to their advantage. But more often, it has been a disadvantage, especially when funding, infrastructure, and socioeconomic needs are urgent.

While other communities regularly receive new schools, hospitals, clinics, and community centers to keep ahead of deteriorating buildings and new-construction costs, tribal communities must wait many years, often decades, to get aging buildings replaced.

The Pine Ridge Indian Reservation in South Dakota, the second-largest in the nation, which also sits within one of the poorest counties in the United States, still uses housing and community centers built during the Johnson administration's War on Poverty in the 1960s. And some of its residents live in houses that were condemned and moved to the reservation after a nearby military ammunition dump was closed years after the end of World War II.

Now almost 60 years later, amid so many other voices in need, there's no great national outcry to reconstruct the infrastructure of the Pine Ridge Indian Reservation--or any other reservation in the country, for that matter.

When President Bill Clinton visited the Pine Ridge Reservation during his administration, he arrived in Pine Ridge Village and was eventually hosted at the Loneman School, some 15 miles away in the small reservation town of Oglala. The Bureau of Indian Affairs put new signs and blacktop and newly painted lines on the 15 miles of road between Pine Ridge Village and Oglala, but the cosmetic upgrades stopped immediately beyond Clinton's stop at the Loneman School.

That's a kind of allegorical dilemma for modern Native Americans. And it reflects the inertia of departments and agencies tasked with serving tribes.

Nowhere has there been a greater area of need for Native Americans than in both criminal and civil justice. Nationally, Native Americans have the second-highest incarceration rate of any racial group, according to a July 2020 U.S. Department of Justice report [bit.ly/2DM9EEp].

The criminal jurisdiction is complex but understandable once you dig into federal Indian law. The DOJ has noted that crimes committed in Indian country may be subject to concurrent jurisdiction by tribal, federal, state, or local criminal justice agencies. For reservation Indians, most prosecutions for what would typically be state crimes take place in the federal system, with the application of the federal sentencing guidelines, which is far more severe than typical state sentencing.

There hasn't been a lot of research on the issue of disparate sentencing, but the federal and some state governments are starting to track the data. A 2008 study by Timothy J. Droske [bit.ly/30VaXK9] noted that in South Dakota, a defendant convicted of assault in state court received an average sentence of 29 months. However, Droske added, if a Native American defendant were to commit the same offense within one of the Indian reservations in South Dakota, that defendant would be prosecuted in federal court and receive an average sentence of 47 months.

According to the U.S. Sentencing Commission [bit.ly/3ajYMt7], in fiscal year 2019, 79.2 percent of Native American offenders were men, and their average age was 35 years old. The average sentence for Native Americans was 56 months. Incredibly, 90.5 percent of Native defendants were sentenced to prison, but only 16.8 percent were convicted of an offense carrying a mandatory minimum sentence.

The commission also reports that, not surprisingly, the largest Indian reservations are located within the states with the most Native American offenders. They are, in descending order of cases, the federal court districts of Arizona, South Dakota, Montana, North Dakota, and New Mexico. The District of South Dakota has the highest proportion of Native American offenders, comprising their total caseload at 51.1 percent.

The data is even more grim for Native Americans incarcerated in state and local correctional facilities. Nationally, although the smallest minority demographically, Native Americans rank just behind Blacks in incarceration rates, according to a 2020 report by Wendy Sawyer, the research director at the Prison Policy Initiative [bit.ly/2DFDD0S]. Per 100,000, 592 Blacks are in local jails, followed by 401 Native Americans, 187 Whites, and 182 Hispanics.

In South Dakota, although Native Americans make up 8.7 percent of the state's population, they make up roughly half of those booked into jails in the state [bit.ly/31Jn7Vn], and Native Americans between the ages of 15 and 64 are incarcerated at 10 times the rate of White people in the state. Those sources also indicate that nearly half of all individuals in South Dakota, for example, are imprisoned for offenses related to drugs or alcohol, compared with 29 percent nationally.

On Indian reservations, as well as in portions of off-reservation communities where Native Americans are often marginalized in terms of housing and employment, the handmaidens of such conditions are often alcohol and drugs. Sawyer contended that systemic racism is evident at every stage of the system, from policing to prosecutorial decisions, pretrial release processes, sentencing, correctional discipline, and even reentry. The racism inherent in mass incarceration affects children as well as adults and is often especially punishing for people of color who are also marginalized along other lines, such as gender and class.

In the criminal justice system, poor and working-class families can't afford legal representation and have difficulty communicating with their court-appointed and often-overworked attorneys. This is even more true of Native American defendants, who come from a completely different culture and way of viewing and interacting with the world.

Generalizations don't do the issue justice, but in Native American culture, it's a positive virtue to not be too loud or talkative, nor to verbally state the obvious. When a criminally accused Native American is going through the criminal justice system, whether it's pre-trial or post-trial, that quietness and what seems to be a kind of passive acceptance of fate can often work against such defendants in terms of communicating with counsel, the court, a jury, or court services and probation officers.

Many non-Native practitioners who serve many Native American clients come to learn the subtleties of such representation, as do many pre-trial and probation officers. But some don't, and understandable insecurity about the silence and what seems like an unwillingness to trust non-Indians who work in the justice system can often lead to bad results for Native Americans going through the justice system.

In our nation today, there's little cultural training generally regarding communications with minorities, and I'd argue absolutely none in law schools. Communication with Native Americans is even more complex for those without experience or training. For many Native American defendants, that experience may come too late for them and their cases.

There are many exceptions. A long-time U.S. District Court judge in the Western Division of the District of South Dakota, now deceased, served as a federal judge both before and after the federal sentencing guidelines were implemented. He was a Nixon appointee and seemingly conservative. But he understood the huge reservations that came within his division, which has one of the largest criminal caseloads in the nation.

Judge Andrew Bogue regularly used his discretion to depart downward from federal sentencing guidelines, finding they weren't intended for the “reservation milieu.” His departures from the guidelines were often upheld by the U.S. Court of Appeals for the 8th Circuit, which noted more than once in such cases as United States v. One Star, United States v. DeCora, and United States v. Big Crow “the unusual mitigating circumstances of life on an Indian reservation.”

Although liberty interests aren't at stake, the civil justice system is perhaps even more defective when it comes to Native Americans. In the mid-1960s, the War on Poverty produced the Office of Economic Opportunity, which evolved into the legal services program that has had a huge presence on Indian reservations and in cities where large groups of Native Americans reside.

Unfortunately, the promise of OEO was gradually broken by administrations that sought to limit the powers OEO once had to engage in major remedial litigation. Beginning in January 1973, President Nixon appointed Howard Phillips, a critic of the War on Poverty and the legal services program, to head OEO [bit.ly/31INnPK]. Phillips, before he was enjoined by the courts from continuing as OEO director, put legal services programs on month-to-month funding, cancelled law reform as a program goal, and moved to defund migrant programs and backup centers.

The Legal Services Corp never really recovered from this attack on it and its predecessor, and Native American communities have suffered because of it. For Native Americans, this was the end to adequately funded civil legal services on Indian reservations.

There were some former victories that demonstrate the success of an adequately funded and empowered civil justice program. These included a lawsuit regarding the boundaries and status of the Rosebud Sioux Indian Reservation. The case was brought by Bill Janklow, a future Republican governor and U.S. congressman who served as an OEO lawyer when he was fresh out of law school.

Janklow started that case in the 1960s for the plaintiff Rosebud Sioux Tribe and ended up defending the case in the U.S. Supreme Court as the governor of South Dakota and as a political opponent of the Native American rights struggle--one of the great ironies of that period.

There was another positive spinoff from the OEO. The Indian Law Support Center in Boulder, Colo., which was started as a part of the OEO program, later became the independent Native American Rights Fund. It still exists today and has been involved in considerable major civil litigation for and on behalf of Indian tribes and tribal members.

Such civil legal services were and are not only important but are often urgent for many Native Americans. They use them for things like threatened evictions and protection orders and other daily civil issues that more-profoundly affect them because their socioeconomic situation and very rural locations make them vulnerable. Underfunded and with its power limited by Congress, the Legal Services Corp tries its best to provide legal services that would be otherwise nonexistent. It has survived not because of, but in spite of, its inadequate funding.

As Martin Luther King Jr. said, “Injustice anywhere is a threat to justice everywhere.” It's much more costly for the United States to remember Native Americans and their urgent civil and criminal justice needs only every 60 to 80 years than to give them the equal and consistent attention common for other communities in America.

CHARLES ABOUREZK is the chief justice of the Rosebud Sioux Tribe's Supreme Court.