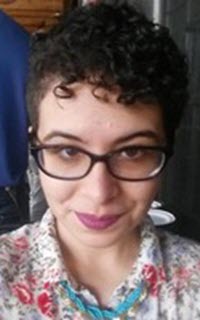 ICWA [ Indian Child Welfare Act], passed in order to prevent the dissolution of Indian families, establishes heightened standards and scrutiny for separation of Indian families. Among its provisions, it gives tribal courts exclusive jurisdiction over any custody case that involves an Indian child who is domiciled or resides within the boundaries of a reservation, or is a ward of the tribe. If an Indian child is not domiciled within the reservation, tribal courts have concurrent jurisdiction with state courts, and the tribal court may intervene in state custody hearings. Under ICWA [ Indian Child Welfare Act], a child is considered an “Indian child” if the child is unmarried, under eighteen, and “either (a) a member of an Indian tribe or (b) is eligible for membership in an Indian tribe and is the biological child of a member of an Indian tribe.” In order to terminate the parental rights of an Indian parent over an Indian child, “evidence beyond a reasonable doubt ... [must support] ... that the continued custody of the child by the parent or Indian custodian is likely to result in serious emotional or physical damage to the child.”

This Note will begin by establishing the standards for the termination of parental rights, which are higher for Indian parents than non-Indian parents under ICWA [ Indian Child Welfare Act]. After establishing these standards, the Note turns to a comparative analysis of termination of parental rights cases, all of which involve domestic violence. In order to engage in this comparative analysis, all available Westlaw cases (150) which cited Alaska Statutes 47.10.088 (involuntary termination of parental rights) and mentioned domestic violence were read and analyzed in order to ensure an accurate, unbiased understanding. The Note then uses a representative set of cases from this survey to illustrate that, under very similar facts, Alaska Native survivors are disproportionately more likely to lose custody of their children than non-Alaska Natives, despite ICWA [ Indian Child Welfare Act]. This Note concludes by discussing the underlying trauma that led to the creation of ICWA [ Indian Child Welfare Act] and that continues to be perpetrated on Indian families by the state separation.