Creative Differences: Indigenous Artists and the Law at 20th Century Nation-building Exhibitions: A Comparison of Australia, Canada, New Zealand, and the United States 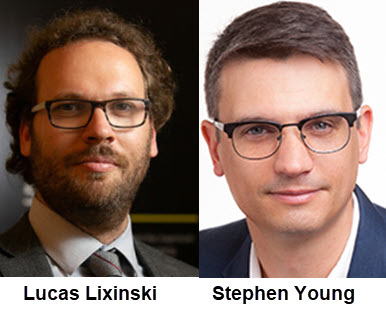 Throughout most of the 20th century, Indigenous peoples in major common law jurisdictions (Australia, Canada, New Zealand, and the United States) have had complex if not fraught relationships to each state's legal system. At various times, these states did not recognize Indigenous individuals and peoples as having access to the same rights as white settlers. And yet, as we explore here, Indigenous art played a role in state-building and the cultivation of distinctive national-state identities. We examine four international exhibitions, which were used to showcase the distinctive art as 'belonging to’ the nation-state and, in doing so, suggest plausible narratives of distinct national identities. As we explore here, there were key tensions with showcasing these arts. These exhibitions, in their promotion and co-option of Indigenous art for national identity-building produced questions about the identification of rights holders and the originality of Indigenous art as “art” that influenced broader debates about the legal recognition of Indigenous peoples in those four countries.

The international and comparative regulation of Indigenous art is a fruitful yet un(der)explored space where Indigenous identities, recognition, and rights are negotiated, often through background norms. Critical (international) legal scholars have sought to articulate the importance of background norms through the interrelation of public international law to private law. In articulating the 'background norms', they target a 'common sense’ approach to law and the market. This common-sense approach maintains the idea that, broadly, government is man-made and the market is natural and spontaneous order of human exchange. For critical legal scholars, that view obscures multiple debates and issues worth interrogating, which is why they seek to bring the 'background norms' to the foreground. Where some believe that the market is a naturally and spontaneously occurring phenomenon and that law or international law must catch-up to constrain its excesses, that style of narration obscures the legal processes in creating the conditions, contingencies, and social relations of the market. Accordingly, the supposed 'excesses' of the marketplace are part and parcel of that legal construction.

Narrative styles that maintain and reproduce these background norms do important work in shaping the realm of possibilities for broader recognition efforts through law. We take the regulation of Indigenous art seriously not only to understand the background norms and stakes of recognition, but also to better appreciate the interlinking of law with economic domains that are manifested in the art market. More specifically, our analysis shows that state-based legal regulation of Indigenous art has never been static. The legal regulations of and for Indigenous art became more important as states emerged from empire and formalized themselves to extend their own territories and boundaries. Similarly, the categorization of objects that are considered 'art’ is flexible and dynamic. At first, Indigenous or 'native’ objects were categorized as something other than 'art’, but they were important and useful in forming national identities in support of the formalizations of the nation-state. As states emerged from colonies and through domains, classification involved (re)producing the category of art as applicable to Indigenous objects. The increasing formalization of state law then discursively produces the background norms for commodification of these art-objects as well as identities, in terms of claims to an 'authentic self’ and national-identities for the nation-state and Indigenous nations.

We argue that the formalization of state boundaries reveals that employing legal frameworks for directly addressing and protecting Indigenous artists and art will continue to be dynamic, fraught, contested and limiting. Turning to national and international legal regimes to contain the so-called excesses of the marketplace maintains and reproduces a narrative style about background norms while it produces debates and contests, including: whether Indigenous objects are art or artefact, recognized or assimilated, dependent on state patronage versus exercising self-determination, or pathways to identity, capacity and rights. Rather than solve or fix these issues, legal regimes narrow the field of contestation to legitimate discourses that perpetuate background norms, so this winnowed range of debates remain contested. Those legal contests, however, are valuable. They produce the opportunities for more legal claims, claims to authenticity, identity, and nation as well as a range of economic opportunities and they obscure any debate about the role of legality in constructing the market and those problems.

We make this argument through examining four major exhibitions, one in each of these four common law countries: the 1906 New Zealand International Exhibition in Christchurch, which curated the notion of 'Maoriland’ that combined the Pkeh (non-Mori, white, person) salvage mentality and a genuine Mori concern to preserve and maintain their cultural heritage; the 1927 Exposition d'Art Canadienne at the Jeu de Palme Museum in Paris, which highlighted the incongruousness of legally protecting art and artists in contexts where cultural practices were otherwise legally forbidden; the 1939 San Francisco World's Fair, which promoted Indian Arts to demonstrate Indian economic independence as a marker of their civilization; and the 1988 touring exhibition Dreamings: The Art of Aboriginal Australia that cemented domestic recognition efforts through appeals to international audiences and international legal discourse.

This is an agenda-setting article: additional research is needed because the case studies only offer snapshots of imperial workings and reproduction. The exhibitions on which we focus happened at different times over the course of the 20th century, meaning we need to deal not only with different countries, but also different moments in the international Indigenous movement, and different points of the state of the art with respect to scientific racism and colonialism. As a result, our account is more comparable to vignettes than a fully realized linear narrative. That is a fair possible objection to this article.

Nonetheless, we deal with this objection by accounting for those differences in discourse to highlight different modes of engagement while resisting linear narratives of progress. That is also a reason why we structure our discussion of these exhibitions in chronological order. Further, these snapshots enable a much more comprehensive sense of the direction of legal argument on Indigenous rights seen through the perspective of Indigenous art than would otherwise be possible.

Further, and vitally, we are both non-Indigenous scholars, meaning our positioning in the discussion of these themes is complicated by our own non-Indigenous (and settler colonial) positionalities. Nevertheless, our position as insiders to the colonial legal order we seek to critique and unravel is also useful for understanding and articulating the role of law, and we do not seek to replace Indigenous voices and claims with our own. Instead, we wish to bring background norms forward to scrutinize ongoing colonial formations, which is necessary for Indigenous peoples to better position their own legalities.

Despite these limitations, this article offers significant benefits that might not be otherwise attainable. Our comparative historical and legal analysis de-naturalizes legal institutions responsible for the oppression of Indigenous peoples. Further, our comparison of these four jurisdictions fosters legal innovation by yielding valuable insights for the regulation of the contemporary (Indigenous) art market, as well as for understanding how culture (and cultural history with it) is interrelated to the making of legal personality, which continue to be contested grounds for rights recognition battles. However, we ultimately conclude that further research in this area is warranted, especially research attentive to international and comparative colonial legalities.

We intervene in comparative law more broadly by de-localizing settler-Indigenous experiences. While a common assumption, particularly connected to certain readings of cultural anthropology, is that experiences are unique, culturally contingent, and we should not be too quick to generalize them, a comparative analysis provides a broader vantage point, especially for understanding the role of law and legality as processes of abstraction. That is to say, we seek to draw attention to the processes of legal abstraction arising from background norms that would be occluded, obfuscated or ignored in detailed analysis of a singular, particular and localized account. When it comes to the settler states we examine, each state derived from a British colonial project which engaged with Indigenous peoples based on the same premise--the want to expand of empire. However, colonialists engaged with Indigenous peoples in different places and times and faced local differences and resistances. Second, Indigenous movements are themselves internationalized, meaning they often share strategies across national boundaries. Finally, the scientific racism against which these internationalized Indigenous rights movements operate does not respect national boundaries nor cultural specificities of Indigenous peoples, responding instead to colonial projects and discourses that are far more internationalized. We do not mean to engage with these issues only from the perspective of colonial law and categories, of course, or to applaud colonialism or de-emphasize resistance. Instead, we seek to draw further attention to the background norms against which Indigenous recognition, especially through law, operates. In other words, we speak of the localized operation of recognition efforts against colonial structures that were becoming globalized, and there is thus much to be gained from learning and borrowing strategies from different contexts.

The article proceeds as follows: the next section provides four snapshots of exhibitions, using those events to query the basic legal categories. Based on those snapshots, section three pulls together the analytical threads that arise from our analysis of these exhibitions to indicate the potentials of a broader research agenda on the regulation of Indigenous art. We conclude with a call for additional research in this area.

Understanding Indigenous art through anthropology or law is use of knowledge. It works from a way of understanding the world (as already abstracted) towards a subject (that is supposedly concrete). We have adopted the view that the legal regulation of Indigenous art is a fruitful but un(der)explored space-- particularly in terms articulating how empire and international law are reproduced in terms of national identities and state formation. We seek to challenge the notion that law needs to catch up to a global market, because law is constitutive of the conditions and contingencies of that market. We do not suggest that our inquiry is outside of imperial construction; rather, we suggest that legal knowledge is central to its reproduction.

There is a need for additional international and comparative focus on this issue because the formalization of state boundaries reveals that employing legal frameworks for directly addressing and protecting Indigenous artists or Indigenous art has produced inter-disciplinary debates and contests involving many issues discussed here. These debates include whether Indigenous objects are art or artefact; the role of art and recognition of peoples as opposed to assimilation; the role of state patronage in preserving and producing “authenticity;” the legal capacity of arts; individual or collective rights, commodification, identity, and nationality. We discuss each in short without suggesting that we can or will try to solve these debates. Instead, they are evidence of a result of a legal regime that ensures these issues will not be fully resolved. The legal regimes narrow a dizzying array of potentially inchoate tensions to an apparently legitimate terrain upon which they become areas of contestation, rather than becoming solved, fixed, or permanently stabilized.