The Czar and the Slaves: Two Puzzles in the History of International Arbitration

Excerpted From: Bennett Ostdiek and John Fabian Witt, The Czar and the Slaves: Two Puzzles in the History of International Arbitration, 113 American Journal of International Law 535 (July 2019) (164 Footnotes) (Full Document) 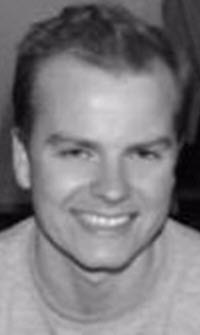 On April 22, 1822, the Russian Czar Alexander issued a decision that has gone down in the annals as one of the canonical international arbitrations of the early American republic. Four years earlier, the United States and the United Kingdom had come to an impasse in a bitter debate over compensation owed to the United States for some or all of the 5,000 slaves who evacuated with the British after the War of 1812. At President James Monroe's suggestion, the United States had proposed to submit the question to the Russian emperor. Now at last the czar had delivered a decision, one that seemed to be in the United States' favor. But was it? Secretary of State John Quincy Adams complained at the time that the decision was not sufficiently clear. New debate among historians has put the issue of who won the czar's arbitration in question.

The traditional view holds that the czar's decision favored the United States. Modern historians have repeated the claim. But the outcome was not quite as clear as it has sometimes seemed.

Leading international arbitration scholar John Bassett Moore sensed the ambiguity 120 years ago when he assessed the situation with more caution than most other observers. "[I]t appears," Moore wrote, choosing his words carefully, "that the point of difference was decided in favor of the United States." Distinguished historian James Oakes has recently 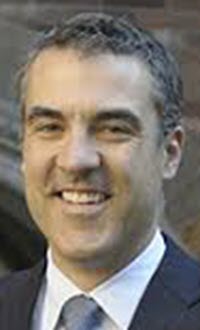 gone much further, arguing not only that the resolution was unclear, but insisting that the czar decisively sided with the British. As Oakes tells the story: "On July 12, 1822, Czar Alexander I issued his decision, resoundingly endorsing the British reading of the treaty." Oakes explains that, under the award, "[t]he United States was entitled to 'a just indemnification' only for those slaves 'carried away from places and territories of which the Treaty stipulates the restitution."' However, he points out that the czar ruled that the United States was "not entitled to claim an indemnification" for "the thousands of slaves carried away from areas 'not stipulated' for restitution." Oakes argues that "[t]his had been the British position all along--the prohibition on the removal of private property, including slaves, applied only to slaves physically located in those places specifically slated for restitution in the treaty." Thus, the British justifiably "read the czar's decision as a vindication."

What, then, is the answer? Who won the arbitration in St. Petersburg is the first puzzle of the czar's arbitration. And it is a puzzle that we answer once and for all, relying on diplomatic archives and published diplomatic papers in the United States, the United Kingdom, and Russia to demonstrate that the czar sided with the slavers of the United States. We aim to shed light, too, on the closely related question of why the parties--and in particular the United Kingdom, which was far and away the stronger state after the War of 1812--were willing to arbitrate the slavery question in the first place. After all, the UK's navy dominated the seas. Its armies had recently put the United States' capital to the torch. Settling claims about slaves carried off in the War of 1812, moreover, was deeply unpopular with nationalist and antislavery constituencies at home in Britain. Under these circumstances, arbitration offered the UK an opportunity to settle the slave dispute at a time when other questions had come to seem more pressing to British officials. An ostensibly neutral third-party arbiter offered a face-saving way out of an important diplomatic impasse and allowed both sides to come away with important gains--the United Kingdom included--even after the official victory went to the slaveholders of the United States.

The first puzzle of the St. Petersburg arbitration gives rise to a second. In the past decade, a fast-growing scholarly literature has brought renewed attention to the relationships between international law and slavery in precisely the years in which the United States and the United Kingdom brought their dispute over slaves before the czar. Thanks to the work of Lauren Benton, Lisa Ford, Jenny Martinez, and others, the history of international law has taken up the ways in which international law, bilateral treaties, and admirality courts helped bring an end to the legal slave trade in the Atlantic world: first by unilateral British action under the laws of war at sea during the Napoleonic conflicts; and then through a network of bilateral treaties after the Congress of Vienna. Some, like Martinez, contend that international law represented the first historical embodiment of the modern international human rights movement. Others, like Benton and Ford, argue that using international law to oppose the slave trade served the interests of an expanding British Empire. Either way, the czar's arbitration reveals that nineteenth-century international law was deeply implicated in slavery, too. In particular, the United States arrived on the scene as the leading advocate of a version of international law that aimed to bolster and defend slavery in the Atlantic world. The czar's pro-slaveholder decision in 1822 showed that American statesmen's pro-slavery vision of international law would be a plausible competitor to the anti-slave-trade rival emerging in the British Empire.

Part I of this Article describes the slave controversy at the end of the War of 1812, the drafting of the awkward provision in the 1814 Treaty of Ghent that purported to settle it, and the near-immediate dispute about the interpretation of that provision.

Part II explains the czar's ruling and uses unpublished documentary evidence to show that the dispute's dénouement only makes sense if both parties to the dispute understood the czar to have affirmed the Americans' pro-slavery arbitration claims. We further describe the domestic political pressures that pushed the parties to arbitrate and observe that in several subtle respects, the United Kingdom gained from the arbitration, too, as did at least some of the black refugees who had found their way to British lines.

In conclusion, we observe that the czar's arbitration surfaced pro-slavery dimensions of international law that the United States took a lead role in advocating. Viewed as a whole, international legal institutions were neither always subversive of slavery nor always supportive of it. Instead, international law had become a site of contestation over the great moral question of the age.

The story of the War of 1812 refugees connects to a second and broader puzzle, too, one that stretches well beyond the question of who won the dispute over their escape. The second puzzle is to make sense of the relationship between international law and slavery in the nineteenth century.

The story of the czar and the slaves sits uneasily alongside an increasingly prominent theme in the literature on the history of international law. In this literature, modern international law and the antislavery movement emerged together. Dean Jenny Martinez's widely discussed scholarship advances one version of this view, focusing on the international treaty courts established by the United Kingdom and other states beginning in 1817 to adjudicate the status of slave trading vessels and to enforce domestic prohibitions on the slave trade. The campaign against the slave trade, Martinez has contended, anticipated later human rights movements. A second version of the literature on slavery and international law, championed recently by Lauren Benton and Lisa Ford, holds that opposition to the slave trade and to some of the brutalities of slavery was not a forerunner of human rights but a tool for building and legitimating the capacity of powerful European empires, especially the British Empire.

Either way, to be sure, debate continues about how effective international law mechanisms were against the slave trade. On the one hand, the anti-slave-trade institutions of the British Empire rescued many tens of thousands of enslaved people; the mixed commissions alone freed 80,000 people held as slaves. On the other hand, the slave trade continued to thrive despite the slave trade treaties, the British navy, and the mixed commissions. As many as one quarter of all the slaves crossing the Atlantic in more than three centuries of Atlantic slavery--some three million souls out of twelve million total--made the journey after the United Kingdom and the United States had criminalized the trans-Atlantic traffic in people. Moreover, the fate of slaves who were rescued by institutions such as the mixed commissions remained uncertain and often grim. Few were able to return to their homes; many were forced into indentures or apprenticeships resembling slavery; some were recaptured back into the trans-Atlantic slave trade.

The czar's arbitration in 1822 further illuminates the already complex relationship between slavery and the emerging institutions of modern international law. In particular, American victory in the czar's arbitration offers further evidence that in precisely the same years in which the British were assembling treaties and courts to oppose the slave trade, other pieces of new the new international legal order were actively supporting the institution of slavery. The czar's arbitration award is hardly the only such evidence, to be sure. One unintended effect of the British legal efforts against the slave trade was to reveal the deep support for slavery and the slave trade afforded by basic international law principles. Core rules of international law such as the equality of sovereign states and the immunity of foreign vessels from search in peacetime constrained the British navy, along with its admiralty courts and its treaty courts, from taking more aggressive steps in policing the trans-Atlantic slave trade. New literature on the laws of armed conflict and on the principle of necessity also shows that the United States in particular used international law to promote distinctly pro-slavery arguments right up into the American Civil War.

The victory of American slaveholders in the St. Petersburg arbitration adds another proslavery dimension to the story of nineteenth-century international law. John Quincy Adams had contended that the Treaty of Ghent's slave provisions should be interpreted in accordance with what he insisted were the proper background principles of the laws of armed conflict on slavery. Belligerents cannot, he asserted, capture or liberate enemy slaves in wartime, which were, he had said, "entitled, by the laws of war, to exemption from capture." The United States had supported this position since at least 1775, when the last royal governor of Virginia had promised freedom to any slaves escaping to British lines in the War of Independence. Of course, the czar's resolution of the treaty dispute technically confined itself to the terms of the Treaty of Ghent. The decision did not necessarily imply approval of Adams's dictum on behalf of slavery in international law. But at the end of the day, a basic truth remained. American slaveowners had won an international arbitration over the liberating forces of the British army and navy. International legal institutions, it seemed, could support slavery just as effectively as they undermined it, if not more so.

The czar's arbitration was a win for the United States and an acceptable loss for the United Kingdom. For the emerging institutions of international law, it offered evidence at the founding moment of Britain's bilateral anti-slave-trade treaty courts that the tools of the law could be deployed to very different ends. International law, it seemed, was neither pro-slavery nor anti-slavery. Instead, it was an increasingly prominent forum for the contest over slavery in the nineteenth-century Atlantic world.