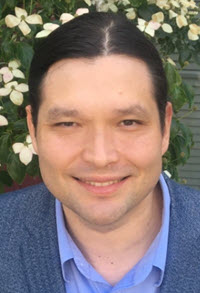 Scholars widely agree that law enforcers came to serve white supremacy in the post-Civil War United States. More elusive is the precise role taken by Du Bois's “low-grade” officers in the “tyranny” they availed, whether they performed as interchangeable cogs or as petty dictators with wide prerogative over their local fiefdoms. Gunnar Myrdal observed that “the policeman is delegated to carry out” the punishment of “even minor transgressions of caste etiquette,” suggesting a mechanical rather than activist function. At the same time the “extra-legal backing by the courts” inflated the “prestige” of these caste enforcers, who were “weak men” with “strong powers.”

Whether as pawns or tyrants, individual law enforcers appear small in the grand chronicle of racial oppression, a story dominated by formal and informal power structures. Legal historians have long studied these structures in transformation: how discursively manufactured hierarchies became codified, how racial distinctions banished from the law books persisted through systemic enforcement disparities. Social and legal formations propel the big story: at the nation's founding, law constructed racial categories. Military occupation and the conflict between terror and democracy forged the periodization of Reconstruction and Redemption. Jim Crow statutes formalized racial caste. The technically illegal scourge of lynching meanwhile reinforced official repression, both in spontaneous coordination and as a murderous foil to the polite alternative of segregation. The rising formalistic state coexisted with lynching and then eventually subsumed it. Before, during, and after segregation, across constitutional watersheds and regional differences, purportedly colorblind laws ensnared blacks and whites unequally. As the modern state monopolized law and order and recognized civil rights, diffuse racial oppression persisted in police brutality, tortured confessions, show trials, a swelling of prisons, and a rise of executions.

Police officers and sheriffs often stood at the intersection of these oppressions, and were central to major transitions between their forms. The literature recognizes their importance but tends to cast it as over-determined, even formulaic. Economists have pinned the frequency of lynching to factors of political economy. Critical criminology has reinforced a structural emphasis. Nirej S. Sekhon has indeed found criminal procedure reformers overly fixated on “officer discretion,” a “narrowly individualistic conception” that has skewed both “law” and “scholarship.” Prison abolitionist scholars such as Dorothy E. Roberts stress the irredeemable racism of institutions. For both theoretical and disciplinary reasons, social scientists, activists, and historians have generally downplayed office holders and law enforcers' agency. In a 2021 criminology article surveying four centuries of Black subjugation, historians Elizabeth Hinton and DeAnza Cook foreground the importance of “policymakers and officials at all levels of government,” but the literature they cite generally accentuates large institutional and historical patterns and not the decisions of individuals up and down the power structure.

But more granular attention to law enforcers' agency can enrich scholarly understanding of how “caste” became manifested in the particular. There are some methodological parallels that can be drawn from the literature on power relations during slavery. Robert M. Cover's Justice Accused has raised profound questions about abolitionist judges affirming slavery in antebellum courtrooms. Enforcers' individual stories might indeed reaffirm structural explanations much as Sally E. Hadden's Slave Patrols relates the individual patrollers to their institutional mission and Chandra Manning's What this Cruel War Was Over uses soldiers' thoughts to corroborate slavery's centrality in the Civil War.

The break between slavery and emancipation was incomplete but undeniably significant, one of numerous important transformations in the structure of oppression whose ambiguities flowed in part from the legal indeterminacy of the American state as it moved toward its modern form. Hendrick Hartog has accented “the implicit pluralism of legal authority,” which “may emerge from ... governmental and quasi-governmental institutions and practices,” including “prosecutorial discretion.” Prosecutors and politicians have always shaped the contours of racial oppression, but scholars have paid less attention to how law enforcers defined legal reality for many who found themselves subject to their jurisdiction. In the century after slavery they instrumentally constructed the contours of white supremacy in legal action. Their countless decisions both reinforced and undercut the explicit rules of domination, which illuminated if not propelling important ruptures in the coherence between formal and informal power dynamics.

A fuller understanding of the function of policing in the Jim Crow era will necessarily rely on a flawed source base. Official documents like police and sheriff reports, precinct orders, and court records, along with heavily slanted correspondence, personal journals, and periodicals can replicate the very “biases and oppression” researchers may wish to question. Scholars have also identified dangers in traditionally over-represented sources, particularly newspapers, to research lynching and racial oppression. These have proven constraining sources ever since Ida B. Wells first relied on them, as Aleen J. Ratzlaff reminds us.

On the other hand, a re-examination of familiar and underutilized sources could clarify the problematic role of enforcement in the rising modern liberal state, a development that routinized and standardized oppression and yet expanded each officer's prerogative. Looking at the choices of police officers and sheriffs might help explain related ironies, such as how police departments came to resemble each other nationwide at the very peak of regional distinctions in segregation law. Both the post-emancipation lynching era and the postwar era of police abuse are marked by subtle interactions between policing and officially illegal brutality. If Jim Crow America began and ended with periods of exaggerated officer discretion, then legal historians should attend to overt and covert ways that law enforcers have defined law in action.

That question, the part played by enforcers in constructing legal oppression, drives this article, a critical synthesis of literature on the century after emancipation, with the aim of suggesting a future research agenda. This article's following sections explore the shifting demographics of enforcement during Reconstruction; policing inequalities alongside lynching in the late nineteenth century; the interplay between policing and segregation statutes, colorblind criminal law, and mob violence in the Jim Crow South; the concurrent modernization of racialized policing across the continent; and the displacement of informal mob law and formal racial caste by a national regime of extralegal police violence, unequal patterns of incarceration and execution, and federal protections of civil liberties and civil rights. In each phase of racial control, law enforcers acted--whether as tyrants or pawns, recalcitrant participants or even contingent rebels--to shape the transformation of the structures around them.

In considering the colossal story of racial oppression from the 1860s to the 1960s, it might seem myopic to summon more attention to individual police. A compelling structural emphasis suggests two frameworks, somewhat in tension. One points to the inexorability of white supremacy itself, the central structure that persisted from emancipation for the next century and beyond. The other seeks out change, both formal and informal. The struggle for equality did not always find progress or declension but traversed complex twists and turns, from presidential through Radical Reconstruction, from Redemption and the New South through the Jim Crow era and on to Civil Rights and mass incarceration. Inequality mutated but endured through these importantly different eras: through the informal law of lynching, the over-policing and under-protection of African Americans, police torture and brutality, and the construction of a Black criminal archetype that transcended the Mason-Dixon line.

But even to understand the interplay between the greater structure of white supremacy and its many different and sometimes contradictory manifestations, a closer look at individual law enforcers, the discretion accorded to them, and the decisions that they undertook, promises to clarify and better our understanding of the history of lynching and racial violence in nineteenth- and twentieth-century America. Law enforcement discretion has conspicuously bookended the greater story of racial oppression after emancipation. Historians should extend Pascoe's sharp methodical focus on county clerks to other enforcers and bring the daunting panorama of institutional mechanisms of racial control into greater relief. Police department documents, sheriff office records, captains' orders, officer correspondence, and other primary sources can underscore how much enforcer discretion helped shape the complex construction of interlocking oppressive structures. An examination of a Southern city's police sources over three decades could provide a new social and granular history. Including the early twentieth century could reveal if and how police selectively enforced segregation statutes. In a broader sense, law enforcement might hold the key to understanding a key political and legal puzzle: how the rising liberal state exacerbated some elements of racial oppression while displacing others through its paradoxical elevation of bureaucratic administration, empowering both individual police and the inexorable engine of punitive correction. With the modern state came the faceless leviathan as well as each enforcer's exaggerated power over life and death, to act as both tyrants and pawns within the structures they occupied and sometimes transformed.

Anthony Gregory is a postdoctoral research associate at the Political Theory Project at Brown University,