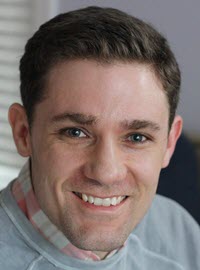 Around the country, local governments continue to remove Confederate statues from the public square. In the last five years, municipalities in Florida, Kentucky, Louisiana, North Carolina, Tennessee, Texas, and Virginia have all relocated statues that venerate the rebel cause. All of this is heartening; however, somewhat lost in the skirmishes over statuary is the remarkable diversity of the Confederate memorial landscape. Sculptures of Robert E. Lee and Jefferson Davis are far from the only artifacts that transmit the ideals of the Lost Cause. The man-made environment is littered with modest shrines to the glory of antebellum South; hundreds of schools, lakes, bridges, dams, parks, and military bases still honor Confederate war leaders and their ideals.

This paper focuses on one of these overlooked sites of memory--the Southern sorority house. I argue that we should view sorority houses as monuments to the Confederacy. Sororities, this paper argues, do much to advance the legacy of the rebels and amplify Lost Cause nostalgia. As a result, universities have an obligation to reconsider the cardinal role that Greek organizations play in the social structure of campus. Defenders of the sorority system will surely object. They will insist my claim is overwrought and that I am seeing the ghosts of history where none exist. But that is wrong; however well-meaning individual sorority members may be, the landscape created by the American Greek system is not innocent.

Part I of this essay will put flesh to my argument that sorority houses are a type of Confederate memorial. I make two claims. First, sororities have clearly announced their allegiance to the Old South through their architecture. Most sororities have constructed their buildings to mimic the design of antebellum plantations. The white columns, wide porches, and decorative pediments normalize an unthinking romanticism toward the antebellum slave society--a culture that immiserated the South's black inhabitants. Second, beyond the architecture, the institutions themselves should be regarded as monuments to the Confederacy because they remain profoundly segregated and perpetuate the caste-based racial division of campus. Data gathered for this study will demonstrate that many sororities still have no black members and almost all remain “ethnic enclaves for White students.”

Part II then asks if universities have any legal footing to intervene and disrupt these racialized landscapes. At first glance, it appears that sororities might be able evade pressure from university administrators. The Greek letter organizations insist that they are private entities not open to the public; therefore, they can choose their own architecture and adopt admission policies that have discriminatory effects. My research on sororities in the Southeastern Conference (SEC), however, reveals that the Greek houses are not independent of the state. Public universities have become intimately involved in the governance of the sororities and fraternities. Almost all large universities have a professionally staffed Office of Greek Life that supports and guides the Greek organizations. More importantly, the overwhelming majority of Greek houses sit on land owned by the university. In some states, the university constructs, owns, and operates the Greek houses. In other jurisdictions, the college rents land to the national Greek organizations. State universities across the country have, in practice, created publicly subsidized neighborhoods of all-white housing.

To conclude the essay, I offer three slightly more realistic suggestions for reform. These proposals dilute the taint of the Confederacy that hangs over the sororities without wholly undermining the status of the Greek organizations in the SEC schools. Starting immediately, universities should: (1) use their status as landowners to regain control over the sororities' design decisions; (2) publish yearly diversity statistics for each Greek organization to stimulate an intra-sorority push toward integration; and (3) delay the start of rush until the second semester to give administrators more opportunity to educate women from diverse backgrounds about the benefits of the sororities.

It is uncontroversial that the purpose of the Confederacy was to preserve a political order based on racial hierarchy. Before the war, white citizens all across the South expressed a “militant commitment” to denying black people access to opportunity and social power. While white sorority officers certainly do not engage in the same kind of bellicose racism, the establishments they lead maintain links to legacy of the Old South. The most obvious tie to the past can be seen in the architecture of the modern sorority. The Greek organizations continue to build chapter houses that resemble plantations. They use pediments and porticos to harness the glamour of the antebellum era, with little regard for the black labor that tended the gardens and funded the balls. The Panhellenic sororities also remain segregated. Even as every other organ of American life has come to acknowledge the value of diversity, the sororities insist on using a recruitment system that ruthlessly excludes minority women. Universities should push back against the undeniable whiteness. And they should come to regard Greek organizations as monuments to the Confederacy. Sororities have done far more than any statue to engrain ideas about racial hierarchy and push black people to the periphery of the community.

Professor of Law, University of Arkansas-Fayetteville.