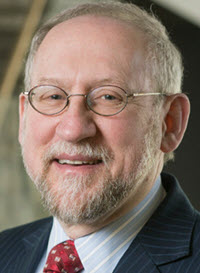 To consider the direction and future of the "new civil rights," we must first understand the old civil rights, the earlier struggles to define, achieve, and implement civil rights. The struggle for civil rights is far older than many people think. It stems from the first deprivation of civil rights in the American colonies. It begins in the seventeenth century with the creation of racially based slavery in the British mainland colonies - especially Virginia - and continues into our own times. For the last forty years or so the struggle to achieve the "old" civil rights has run in tandem with the new civil rights movement. Americans still struggle to secure and implement some of the gains and accomplishments achieved from the 1940s through the 1990s, even as activists, lawyers, legislators, and scholars have sought to expand the boundaries and meaning of civil rights.

There were essentially three phases to the "old" civil rights. The first was the antebellum struggle to end slavery at the state level, while at the same time trying to secure basic rights at the state level for free African-Americans and simultaneously trying to limit where possible, slavery at the national level. The second phase began with the Civil War and continued through the end of Reconstruction. This phase focused on destroying slavery at the national level while providing federal protections and equal rights for the existing free black population and the newly emancipated slaves - the freedmen and freedwomen - through constitutional changes and federal enforcement legislation. The third phase focused on ending segregation and de jure discrimination at the national, state, and local level, through state legislation (especially in the North) and through federal legislation and litigation to secure equality everywhere in the nation. The third phrase was supported by civil rights organizations and activism by African Americans and their white allies. This phase began as Reconstruction was ending. It ultimately destroyed legal segregation and de jure discrimination, but it took more than a century to achieve this goal.

This long road to racial justice took more than three centuries. It began in 1688, and continues in our own time, as we struggle to implement aspects of the major civil rights laws passed in the 1960s. Highpoints of this centuries old struggle for equality include the recognition that Africans were morally equal to Europeans - that they had souls worth saving and families worth preserving; that slavery was morally wrong and unjustifiable; that the ownership of human beings violated the fundamental values of American political culture; that free blacks were entitled to the same fundamental rights as whites (even where whites rejected social interaction); that a democracy could not function without the political participation of all groups; that laws should be impartial; and the equal justice under law was essential. Ultimately, the new civil rights would require an end to segregation, voting discrimination, and legal and political support for racial discrimination. Justice John Marshall Harlan expressed this eloquently in his dissent in Plessy:

But in view of the Constitution, in the eye of the law, there is in this country no superior, dominant, ruling class of citizens. There is no caste here. Our Constitution is color-blind, and neither knows nor tolerates classes among citizens. In respect of civil rights, all citizens are equal before the law. The humblest is the peer of the most powerful. The law regards man as man, and takes no account of his surroundings or of his color when his civil rights as guaranteed by the supreme law of the land are involved.

Since the 1970s some scholars and jurists have misused Harlan's statement - willfully pulling it out of context - to denounce or strike down remedial efforts to overcome race discrimination. Similarly, some supporters of civil rights have attacked Harlan for the same language. However, partisans on both sides miss the point that Harlan's notion of "color blind" law dovetailed completely with the claims and goals of the plaintiff in Plessy, and all other contemporary advocates of racial justice and fairness.

The old civil rights struggled for laws, statutes, and formal, de jure equality. The new civil rights seek to go beyond formal legal rights and protections, in part as a response to social, economic, and political conditions, which lead to unequal outcomes, even though these outcomes are achieved through facially neutral, non-discriminatory laws, procedures, and administrative actions. We no longer have laws which mandate different punishments for whites and non-whites. Nevertheless, implementation of laws and administrative discretion in how people are charged for crimes has a consistently deleterious affect on minorities. Similarly, police no longer target blacks, beating them and even torturing them, but policing and outcomes of police interactions have become increasingly lethal, with African Americans who have committed no offense, or only a minor offense, dying or suffering serious injury at the hands of police. The new civil rights seek to change these behaviors and outcomes. Similarly, our legal culture no longer allows pro forma discrimination in salaries, admission to public schools and institutions of higher education, the allocation of government resources, or access to housing, jobs, or places of public accommodation. Nevertheless, social statistics bear out that many African Americans have significantly fewer life opportunities than others in U.S. society. The new civil rights strive to change these many social outcomes.

The struggles of the old civil rights were far more daunting than the newer goals, but ironically, the path to success seemed more obvious, and clearer. Slavery was the first impediment to achieving civil rights for all. Abolishing it was hard, seemingly impossible at times. But, if it could be abolished, the goal would have been achieved. Similarly, ending segregation in the public schools in the South seemed like an impossible task. The same difficulty was true for ending segregation in places of public accommodation. But, for either schools or restaurants, the path to success seemed obvious. Laws or court rulings could make such behavior illegal, and enforcement could make it happen. However, for the "new civil rights" movement the goals and changes needed are less clear and less certain. For example, it is easier to create a statutory or regulatory regime or set of rules for ending de jure segregation, than to create one that eliminates unnecessary police violence in the line of duty where circumstances are rarely clear.

The new civil rights movement lacks a clear prize. There are no "whites only" signs to come down. No schools are formally and legally segregated. People of all races, all across America, attend school together, play together, work together, and eat at restaurants together. Baseball honored Jackie Robinson by retiring the number 42 for all teams, but no one can imagine (and some cannot even remember) a sporting event where blacks and whites (and people of all races) cannot compete and be teammates. But the persistence of race remains. From the colonial period to the Civil War, free blacks in the South could be stopped by any white and forced to prove their free status. Color was a marker of criminality. From the end of the Civil War until at least World War I, Southern blacks were routinely murdered by white terrorists and the police forces regularly arrested blacks for trivial crimes just to turn them into convict labor. Blackness was associated with inherent criminality, and "walking while black" could lead to incarceration or worse.

Today white terrorism is mostly (but not completely) a thing of the past, and police rarely just arbitrarily kill people. But the Black Lives Matter movement reminds us that police or vigilante violence has not gone away. And "driving while black" is universally understood, at least in minority communities. The struggle to stop these denials of civil rights will be less lethal than in the past. There will be no beatings on the Edmund Pettus Bridge and southern police departments will not unleash snarling dogs or use fire hoses on protestors. But, success will be more complicated.

As we move to a new civil rights agenda we can draw strength from those who struggled for decades to end slavery or fight de jure segregation. We can also draw on their legal strategies and persistence. Furthermore, it is important to understand the gains the American people have made in ending discrimination through laws and court decisions, even as we recognize the prize has not yet been fully achieved.