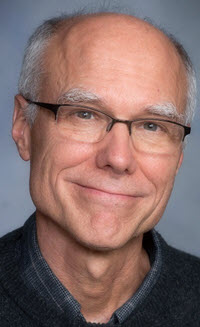 Although it does not appear in the Constitution, the phrase "badges and incidents of slavery" looms so large in Thirteenth Amendment discourse that a layperson might be forgiven for thinking otherwise. Judges and scholars generally treat the "badges and incidents" as something distinct from the "slavery" outlawed by Section 1 of the Amendment. According to the U.S. Supreme Court's landmark decision in Jones v. Alfred H. Mayer Company, Section 1 abolished slavery while Section 2 empowered Congress to "do much more," including "rationally to determine what are the badges and the incidents of slavery, and ... to translate that determination into effective legislation." The Court maintains that it is an open question whether Section 1 "by its own terms did anything more than abolish slavery," but lower courts have generally assumed that it does not, and most scholars have declined to object.  As historian James Oakes recently remarked, legal scholars have instead focused "almost exclusively" on Section 2, with some "hoping to find there a justification for federal activism on behalf of civil rights."

This Article seeks to resurrect a fundamentally different understanding of the badges and incidents, namely that they are components of the slavery and servitude outlawed by Section 1. The case for this understanding is especially clear with regard to the term "incidents," which carried a relatively determinate meaning at the time of the Thirteenth Amendment's enactment. Treatise writers included a wide range of disabilities among the incidents of slavery, some of which were generally considered to be core, defining features of the status, for example the master's right to possess his slaves and to dispose of their labor. This usage followed that of antebellum courts, which included among the incidents such basic components as the property right of the master in his slave and in his female slave's offspring.  When Justice Bradley introduced the phrase "badges and incidents of slavery" into the Supreme Court's lexicon, he included among the "inseparable" or "necessary incidents of slavery" both core features like the "[c]ompulsory service of the slave for the benefit of the master" and arguably more peripheral ones, for example the "disabilit[ies] to hold property [and] to have a standing in court."

On this understanding, it was clear from the outset that Section 1 directly outlawed at least some incidents of slavery; the question was which ones and in what combinations. Nobody then or now, for example, would disagree that Section 1 banned such "incidents" of slavery as the master's rights to possess his slaves, dispose of their labor, and own the offspring of his female slaves. he question is whether it goes further, to encompass other components such as race-based (or perhaps even non-race-based) barriers to owning property, making and enforcing contracts, participating in court, marrying, raising one's children, and obtaining an education.

This question would be central to Thirteenth Amendment jurisprudence even if the Court had never developed a doctrine of badges and incidents. "Slavery is not unitary," as Darrell Miller explains, "it is a bundle of disabilities, bound together by conventions."  Furthermore, as Andrew Koppelman points out: "Each one of those disabilities is part of slavery and so raises Thirteenth Amendment concerns."  It is of secondary importance whether we call these disabilities badges, incidents, vestiges, relics, or rootlets;  each signifies a component or aspect of the "slavery" prohibited by Section 1. To comply with the command that slavery shall not "exist," we must determine which of them are so important to slavery and involuntary servitude that when they exist, it cannot be said that those conditions have been entirely eliminated.

It would be difficult to overstate the importance of this question for Thirteenth Amendment jurisprudence and constitutional politics today. Congress has prohibited a variety of badges and incidents including, most prominently, denials of the right of all citizens to enjoy the same rights of contract, property, and participation in court as are enjoyed by white citizens. If, as suggested here, those badges and incidents are directly prohibited by Section 1, then courts could enforce them directly and legislators could enact laws "appropriate" to remedy or prevent them, instead of having to justify legislation as appropriate to the prevention of physically forced labor or other core incidents of slavery. All Americans, here and now, could claim the constitutional right to be free from the badges and incidents of slavery, instead of a mere privilege to seek legislation from Congress identifying and banning them. And social movements could more persuasively invoke the Amendment in support of resistance to perceived badges and incidents of slavery, for example displays of Confederate battle flags and police killings of unarmed black men.

This Article does not address the relative roles of courts, Congress, and We the People in identifying the badges and incidents of slavery. There is a tendency to assume that if Section 1 bans them directly, it follows that courts, not Congress, will necessarily make the determination. I do not share that view. It is true that Section 1 is self-enforcing, and that the judiciary is empowered to interpret and apply it. As William Carter points out, however, courts might defer to Congress for pragmatic reasons "that have nothing to do with the Amendment's actual meaning and scope."  Some scholars have advised deference, for example, because of concerns about institutional competence and democratic constitutionalism. These scholars raise issues that lie beyond the scope of this Article; the point here is that one may accept that Section 1 outright bans the badges and incidents without holding that judges should monopolize their identification.

Not long ago, Congress put the Section 1 issue on track for a resolution. The Matthew Shepard and James Byrd, Jr. Hate Crimes Prevention Act makes it a federal crime to willfully injure a person not only on account of race and color (already held to be within the Amendment's reach), but also on account of religion and national origin.When these protections reach the courts, judges will be called upon to determine whether they are "appropriate" to the enforcement of Section 1. If Section 1 prohibits only the physical and legal compulsion of labor, then the connection may be difficult, if not impossible, to establish. Although Jones requires only a rational basis for the connection, it is hard to see how a general prohibition on hate crimes motivated by religion or national origin is rationally related to a ban on the physical or legal compulsion of labor. This problem will be compounded if, as seems entirely possible, the Supreme Court abandons the rational basis test of Jones in favor of the stricter congruent and proportional test of City of Boerne v. Flores.

Part I of this Article examines contemporary debates over the proposal and ratification of the Thirteenth Amendment and the enactment, five months later, of the Civil Rights Act of 1866. It suggests that most proponents of the Amendment and the Act, including leading Moderate and Radical Republicans, held that Section 1 prohibited not only core components of slavery, like the disability to quit work, but also the disabilities to obtain and own property, to make contracts, and to testify in court. Nothing obligates us to accept their views today, but mainstream principles of constitutional interpretation at a minimum confirm their relevance and salience.

Part II considers the role of Section 1 in the jurisprudence of the badges and incidents of slavery. In the standard story, the doctrine of badges and incidents originated in the Civil Rights Cases (1883) and was expanded in Jones v. Alfred H. Mayer Company (1968). I propose, however, that the doctrine announced in the Civil Rights Cases differed fundamentally from the one set forth in Jones. Part II recounts the development of two, legally distinct doctrines of badges and incidents separated by a six-decade hiatus. The first, which lasted from 1883 until 1906, held that the phrase "badges and incidents of slavery" drew its meaning from Section 1 and served as a label for practices that were prohibited by Section 1. The second, which commenced in 1968 and endures today, holds that Congress enjoys the power "rationally" to identify and eliminate the badges and incidents, some or all of which may or may not be directly prohibited by Section 1. While the first iteration of the doctrine was grounded firmly in Section 1, the second floats in a cloud of uncertainty that, as a practical matter, thwarts jurisprudential development.

Today, more than a century and a half since the ratification of the Thirteenth Amendment, its meaning remains a mystery. The Supreme Court has no current position on some of the most important, first-level interpretive issues raised by the text: no position on what it means to say that "slavery" shall not "exist"; no position on whether Section 1, by itself, outlaws anything more than full-fledged slavery or physically or legally coerced labor; and no view on whether Section 1 bans some or all of the badges and incidents of slavery. In this environment of doctrinal uncertainty, lower courts have refrained from applying Section 1 to anything other than physically or legally coerced labor. Although the Court maintains that the question is "open," the practical reality is that courts honor the narrow reading of Section 1 proposed by the unsuccessful Democratic opponents of both the Amendment and early enforcement legislation, and later introduced to jurisprudence in the now-discredited Jim Crow decisions of Plessy v. Ferguson and Hodges v. United States.

In this Article, I have presented evidence from history and jurisprudence tending to support a broader reading of Section 1, namely that it prohibits not only core incidents of slavery, like chattelization and physically or legally forced labor, but also a set of others including--at a minimum--denials of the rights enumerated in the Civil Rights Act of 1866. To accept this reading would be to restart the process, commenced by the Thirty-Ninth Congress in 1865 but derailed in Plessy and Hodges, of identifying and protecting Thirteenth Amendment rights. Whether this process is led by judges, legislators, or social movements, it is long overdue.