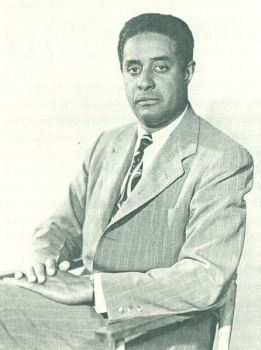 James Forman burst into the Riverside Church in New York City in 1969 and demanded that white churches, Jewish synagogues, “and all other racist institutions” pay reparations to blacks for the wrongs done by America to slaves and the children of slaves. Boris Bittker heard and listened, and was moved to write this book. The com pleat lawyer, he removes the question of reparations from the black ghetto and subjects it to scholarly legal analysis. He discovers, first, that the notion of reparations is not “bizarre” but reasonable, and second, that it is replete with what he portrays as nearly insurmountable problems. He closes with a prayer for a national debate on the question. Reparations, as Professor Bittker uses the term, are an attempt to redress injuries caused by legally imposed segregation. The goal of reparations is equality. In seeking a remedy for the injuries of segregation, Professor Bittker turns to the legal system which once supported the wrong. He finds adequate precedent for damage actions founded on official misconduct which violates constitutional rights. Professor Bittker never satisfactorily explores the possible structure of a comprehensive reparations program, but he seems to believe that ultimately legislation would be required.*1720 The book's argument is founded on 42 U.S.C. 1983, the Civil Rights Act of 1871. Section 1983, he reasons, presently provides remedies analogous to reparations; thus the demand for full reparations is compatible with legal analysis. But Professor Bittker discovers in the difficulties of 1983 analogues to the problems of potential reparations programs.

For instance, Professor Bittker notes, a system of reparations based on individual lawsuits of the sort authorized by 1983 might be “ungainly to administer” and could lead to “haphazard results.” The recipients themselves could feel the system “invidious.” These ills might be mitigated by developing a doctrine of “unitary state liability,” but Professor Bittker seems to concede—as one might have foreseen—that federal funds would be needed to insure adequate remuneration. In analogizing 1983 to the reparations claim, the author is drawn rather too deeply into the complexities of the case law. He investigates the problems of municipal liability, good faith defense, and sovereign immunity. The discussion is neither complete nor necessary since he claims he is not primarily concerned with the technical possibility of using 1983 to generate reparations suits. The analogy to 1983 serves most of all to reveal reparations claims as legitimate. The nonlawyer should not lose track of this as Professor Bittker exposes the various implications of his analogy. Nor should the lawyer be frustrated by the incompleteness of the 1983 discussion; this essay is not a litigation guide for reparations suits.

The book's real value—and indeed its self-confessed purpose to rationalize the reparations issue and to initiate a national debate on the subject. Professor Bittker only hints at solutions to the problems he investigates. Nonetheless, he may be the first white lawyer to address the subject since Lincoln spoke of “the bondsman's two hundred and fifty years of unrequited toil.” For blacks, however, the debate is an old one. Lincoln, for instance,was *1721 quoting from black clergyman Henry Highland Garnet's 1843 call for slave rebellions. Earlier still, in 1829, David Walker had passionately protested the lack of compensation for the labor of slaves in his Appeal to the Coloured Citizens of the World. After the Civil War Bishop Henry McNeal Turner called for reparations on numerous occasions. Calls for compensation have increased in frequency and amplitude since the Second World War. This reviewer suggested massive federal expenditures in 1950. In 1963 Whitney Young supported a “domestic Marshall Plan” to ameliorate the oppressed condition of blacks. Martin Luther King proposed a “Bill of Rights for the Disadvantaged,” arguing that the “moral justification for special measures for Negroes is rooted in the robberies inherent in the institution of slavery.” Money has not always been sought. Just as 1983 protects property rights as well as personal rights, so have reparations demands sometimes been based on claims to property: In 1967 the Newark Black Power Conference passed a resolution to “initiate a national dialogue on the desirability of partitioning the United States into two separate and independent nations, one to be a homeland for white and the other a homeland for black Americans.” James Forman's interruption of the Riverside Church service was thus a dramatic presentation to whites of demands long voiced by blacks. And, as Professor Bittker notes, white reaction to a century of black demands for reparations was “consistent with a New York Times editorial observation [with respect to Forman's speech], that 'there is neither wealth nor wisdom enough in the world to compensate in money for all the wrongs in history.' “ Professor Bittker, to his *1722 credit, was not satisfied with white society's despairing approach to black reparations.

Professor Bittker seems to accept the idea that in the process of development American society created the problems to which the claim for reparations is addressed. He appears not to favor compensation for the years of slavery, but believes that reparations should be founded on the injuries incurred by a century of post-emancipation institutionalized segregation. To redress past inequity and to assure future equal status in society some form of compensation must be paid to the injured parties.

Professor Bittker, however, foresees a dilemma in the administration of reparations. Individual reparations, according to Professor Bittker, might require racial classifications akin to Hitler's labelling of Jews or South Africa's registration of Europeans, Bantus, and Coloureds. Furthermore, Professor Bittker argues, reparations to individuals may not be equally justified. Black professors and black welfare mothers are both descendants of slaves and products of a segregated society, but Professor Bittker suggests they can hardly make the same claim to a share of the national budget, Group reparations, on the other hand, he says, would require the government to select among different interests claiming to represent a race, would place black organizations in the role of mendicants at the federal fisc, and would not guarantee adequate distribution to individuals. The dilemma, it seems to me, is more apparent than real. Broad legislation to achieve reparations can transcend the difficulties of administration. An administrative agency given adequate staff and proper statutory guidance could produce equity for individuals. The classification problems in this context should be no more insoluble than those faced in other affirmative action programs. Moreover, resort to racial classifications for remedial purposes has received the imprimatur of the Supreme Court:

*1723 Just as the race of students must be considered in determining whether a violation has occurred, so also must race be considered in formulating a remedy. Even if these administrative difficulties should prove insurmountable, the answer to the classification problem would not lie in abandoning reparations. Rather the answer is to expand the solution. As Al Smith said, the cure for democracy is more democracy; the cure for difficulties in correcting institutionally-imposed inequity is more correcting of inequity. In short, legislation for reparations could be generalized to erase societal disadvantages suffered by whites as well as blacks. Our national social policies have clearly failed to solve the problems of poor Americans—both black and white. Black reformers, indeed, have previously noted that their aim was to better the condition of whites as well as blacks. In May 1969, Charles Evers, black mayor of Fayette, Mississippi, told a New York audience, “[W]e ... are going to make it better for blacks and whites .... There are thirty-nine million poor folks in this country, and we blacks are only twenty-two million.” Furthermore, the aggressive efforts of black individuals and associations have served to galvanize other disadvantaged groups and to initiate a broad movement aimed at achieving social justice for all poor people.

Recognition of a minority's demands may depend on the continued reiteration of those demands, and Professor Bittker's book is important in this continuum. He clothes the reparations demand in the raiment of dispassionate academic analysis, and thus encourages prospects for wide recognition and discussion of the issue. His discussion of the practical difficulties of reparations also no doubt generates the impression that the problems are very great, the solutions very tentative, and the likelihood of success very small. This impression must be resisted; the problems of reparations can be solved and must be solved. National debate on the issue of reparations should be conducted with reason but also motivated by necessity.

*1724 Advances have been made in black education, for instance, but much remains to be done. Blacks' preparation for college is still inadequate and assistance in the form of scholarship funds is desperately needed— by whites as well as blacks. Job opportunities and income levels also need substantial improvement. Twenty percent of blacks and eight percent of whites have yearly incomes below $3,000. Reparations in the broadest sense are owed to these poor people because the social structure has left them unable to earn a decent income. If no action is taken reparations will be owed their children.

Reparations might be a means for equality; the term might also be a metaphorical characterization for any program which achieves equality. In either case, there never has been equality in America, there is no equality now, and there will never be equality without remedial action. The problems of reparations outlined by Professor Bittker are, of course, not to be ignored. But the black minority's unflagging demand for reparations—and thus equality— cannot be left unrequited.

Political scandals and international concerns seem to dominate today's political processes. Problems of the disadvantaged, on the other hand, are neglected. This lack of action is not only unfortunate; it is, as Professor Bittker has helped show, unjust. And injustice, in a country ruled by law, must be remedied; damages must be paid.