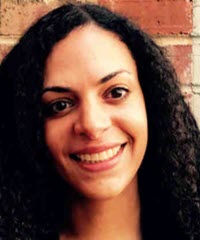 Reconciliation is a far-reaching and complex topic, characterized by intangibles such as perceived religious duty and a sense of shared humanity. Throughout history, societies have struggled to regain social cohesion and rebuild interpersonal relationships in the aftermath of conflict. Over time, groups have moved to implement reconciliatory practices strategically, applying the means and methods of individual-level reconciliation at community and national levels. Truth commissions emerged from this impulse to apply reconciliatory principles at a broader level. In their purest form, truth commissions are temporary bodies established to investigate the circumstances surrounding human rights abuses carried out under a specific regime or during a specific time period.

Perhaps the most well-known of these truth commissions is the South Africa Truth and Reconciliation Commission (SATRC), created by the Promotion of National Unity and Reconciliation Act 34 in 1995. This commission mobilized the nation's resources to unearth the circumstances surrounding the horrors committed under apartheid. The SATRC has served as a model for subsequent truth-telling efforts in part because of its carefully-constructed methodology aimed at achieving the often difficult-to-measure goals of healing and reconciliation. The SATRC's extensive efforts resulted in a public report of the committee's findings. The report defined the types of truth the commission intended to uncover: factual or forensic, personal or narrative, social or dialogue, and healing or restorative. No other truth-telling effort before or since has established such detailed criteria for defining truth. This article employs these four types of truth as a framework to consider what a comprehensive truth-telling effort requires.

The United States, unlike South Africa, has never established a formal truth and reconciliation commission, despite its entrenched history of human rights abuses against Black Americans. For example, at the end of the Civil War, rather than explore racial reconciliation, political leaders ultimately appeased Southern separatists, who elected white supremacists and solidified systems of Black Codes and Jim Crow laws for decades to come. Similarly, the U.S. Supreme Court's decision in Brown v. Board of Education created a possibility for national dialogue and healing that never took place. With their country having failed to fully address its shameful legacy of enslavement, most United States citizens are ill-equipped to disentangle and adequately address anti-Black racism in its current forms. The recent surge in publicized white supremacist rhetoric and the ensuing violence, as seen during the Unite the Right rally in Charlottesville, Virginia, throw the repercussions of allowing racial animus to fester across generations into sharp relief.

The Tuskegee Syphilis Study Ad Hoc Advisory Panel (the Panel) and President Clinton's Race Advisory Board (RAB) initiative, discussed below, are among the few national initiatives to address structural violence against Black Americans, but they barely scratched the surface and did not facilitate the truth-telling needed to move toward reconciliation. In the wake of sparse national efforts, some communities have initiated local truth-telling efforts following instances of abuse against Black-American communities. In an attempt to contribute to a workable model, this article analyzes one of the few national-level efforts as well as a contemporary grassroots effort through the lens of the SATRC's four criteria for truth.

First, this article discusses the characteristics of the SATRC that make it an ideal analytical lens, the final report's definitions of truth, and the parameters for assessing the quality and depth of truth in each case study. Next, the article examines two case studies that represent the spectrum of U.S. truth-telling efforts: the investigations carried out by the Tuskegee Panel and the Greensboro Truth and Reconciliation Commission (GTRC), respectively. The U.S. government sponsored the former in the 1970s, and it covered abuses spanning almost forty years. In contrast, the GTRC was a millennial, grassroots truth-telling effort, independent from official sanction by the municipality of Greensboro and convened by the community to focus on the events leading up to and stemming from a single instance of violence. These distinct models illustrate how U.S. truth-telling efforts have evolved over the past four decades, and they offer important points of comparison for future efforts.

This article analyzes the two commissions' final reports through the lens of the SATRC's four definitions of truth. It uses the definitions to informally code the findings presented in each final report into one of the four categories. Then, it considers which type of truth each report prioritized, whether a certain concept of truth was lacking in the report, whether the circumstances surrounding the event in question lent themselves to a particular type of truth, and whether emphasizing a different type of truth would have strengthened the report. Next, it discusses whether the nature of the truths garnered from each report contributed to each truth-telling program's overall success. Finally, the article draws from the evaluations of these two examples to discuss the need to mushroom grassroots truth-telling efforts in the face of failed or nonexistent national efforts.