This Means War: A Case for Just Reparations under the Doctrine of Inalienability 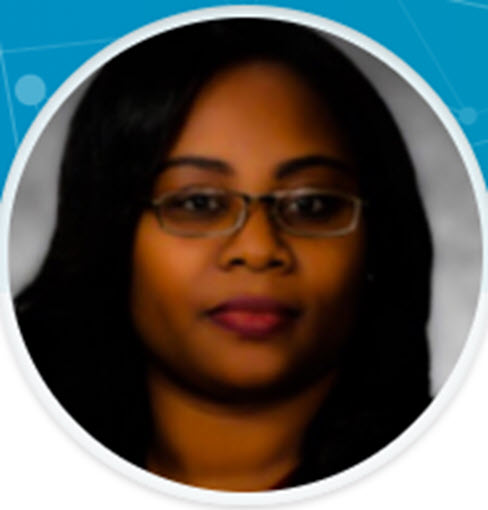 A close examination of America's post-emancipation timeline reveals incessant cycles of racial discord marked by turbulent junctures of conflict between Blacks and American governments. Sustained antagonism is evinced by at least one major declaration of mass dissent every twenty to thirty years since ratification of the Thirteenth Amendment. Most recently, governmental impunity for the deaths of unarmed Blacks has increased the burgeoning divide. The Black Lives Matter movement developed as a grass roots social era campaign to ameliorate the effects of racial injustices, specifically, the negative relationship between Blacks and their respective state governments. However, since the founding of the movement, racial tensions have spilled over into the streets of various American cities. In January 2016, a Working Group for the United Nations Human Rights Council announced its findings that black-Americans are in a human rights crisis. It proposed a set of non-binding recommendations to assist the United States in repairing and reconciling its relationship with descendants of chattel slaves. Notwithstanding various legal victories, such as the Thirteenth Amendment, other reconstruction era amendments, civil rights acts, and executive orders, the argument that descendants of slaves have not yet gained equality and require an extensive large-scale reform to reverse deeply entrenched systems of oppression persists.

No political philosopher influenced American polity more than theorist John Locke. Not only did Locke's writings influence the tripartite system of government, but also the three-part inalienable rights doctrine which delineates the fundamental rights to life, liberty, and property. The doctrine is analogous to the separation of powers doctrine in that it underlies the very framework of the United States government. The Framers understood that the fundamental rights are natural to man as God-given grants preceding government. At the time of the founding, the common understanding of the absolute rights, as incorporated in the Declaration of Independence and the Fifth Amendment's Due Process Clause, was that they encompassed a corresponding right of repair in the event of an unjust breach. This Note applies the inalienable rights theory, as proffered by Locke by examining the perpetual state of war between the federal government and Blacks, which commenced concomitantly with slavery and propounds war as a foreseeable and natural consequence of an uncured denial of inalienable guarantees.

Reparations claims and schemes have been widely covered by numerous legal scholars. Some have repositioned the argument, casting doubt on the courts' competence to hear cases against untraceable or unknown directly liable parties. Others have examined alternative causes of action including reparative theories under the Takings Clause, or the "Material Disadvantage," restitution, and corrective justice models. Numerous legal writings have addressed the necessity of post-emancipation slavery reparations, but none have outlined its legal requirements under the inalienable rights guarantee--the common law due process doctrine. This Note does not identify specific instances of racial oppression with ambitions of proving injustice or inequality because those grounds are well-settled. However, this Note posits that American chattel slaves were denied the right of inalienable liberties and that a fundamental liberty unjustly restrained can never be cured without both reparations and reconciliation.

Part I argues that the common law doctrine incorporated a right of reparations following the unjust denial of inalienable liberties, and that such a right extended to American chattel slaves. American chattel slaves were born with inalienable rights and were unjustly robbed of the same coevally with the inception of slavery. When an inalienable right is taken by force, the resultant state is perpetual war, which continues until the breach has ended and has been repaired on terms acceptable to the injured. Slavery marked the beginning of conflict and its unabated consequences continued the state of war and a de facto condition of slavery far beyond emancipation. It continues by arguing that the federal government's connivance in failing to defend and guard slaves' inalienable liberties made it complicit in the robbery. Further, this Note moves forward with the premise that the power of reparations is implicit in modern due process analyses.

Implicit in every inalienable right is both the power and the right to be repaired in the event of injury. In the absence of reparations, Blacks remained in the same disabled and damaged condition, which was both imported and imparted with the first chattel slave. The common law doctrine incorporated the whole guarantee theorized by Locke-- including the foreseeable continuation of conflict in the absence of cure. This Note argues that descendants of chattel slaves have remained in the perpetual state of war and de facto slavery because they were not repaired and that the proof of its subsistence is manifest in the incessant cycles of conflict--in addition to the mirror-like pre- and post-emancipation conditions. Blacks were and are still the recipients of harsher criminal punishments, and consequently, are disproportionately represented in the criminal justice system. The state of black poverty withstood the test of time, with sustained economic dependency, familial degradation, mass incarceration, and miseducation. Broken familial bonds, which were shattered by slavery, continued through emancipation and survive in the modern day. Blacks remain in a system of racial subjugation eerily reminiscent of slavery conditions.

Finally, this Note offers legal solutions and outlines possible models for both reparations and reconciliation. The United Nations's recommendations have no legal efficacy because the United States has not signed on to the human rights treaties that would allow individuals to bring claims directly to the international forum. Numerous judicial barriers have stood between reparations claimants and actual awards. Re-conceptualizing reparations claims under the inalienable rights guarantee and Due Process clause removes some judicial barriers. However, at least one legal scholar has argued that Congress is the only branch which could effectively implement the massive scheme required to fully restore Blacks.

Part II discusses possibilities of providing reparations, reconciliation, and atonement in both judicial and legislative contexts, examines the legal implications of the inalienable rights theory, and concludes that the legislative branch is most appropriate to deliver the radical policies required to cure the condition.