A "Legacy Preference" for Descendants of Slaves: Why Georgetown's Approach to Admissions Is Misguided

excerpted from: Latiqua Liles, A "Legacy Preference" for Descendants of Slaves: Why Georgetown's Approach to Admissions Is Misguided, 19 Rutgers Race & the Law Review 25 (2018)(Student Note)(219 Footnotes) (Full Document Not Available) 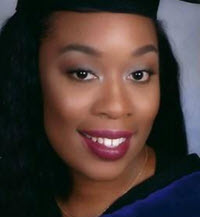 "The Academy Never Stood Apart from American Slavery." Slavery was highly ingrained in the 18 century academy. However, researching university ties to slavery was largely seen as taboo, subjecting those who engaged to criticism, risk of job loss, and rejection by university administrators. Beginning with Yale and Brown Universities in 2001 and 2003, respectively, many of the United States' oldest universities have begun examining their past associations with the institution of slavery. In recent years, Princeton, William & Mary, Georgetown, the University of Virginia, and Rutgers, along with many other universities have also begun researching their historical connections with slavery. Now many of these universities are publicizing their efforts to make amends for their past dealings in the institution of slavery.

One of the most dramatic of these cases was that of Georgetown University. Established in 1789, Georgetown University is a private research university located in the District of Columbia. Georgetown prides itself in being the "nation's oldest Catholic and Jesuit University." Georgetown's "450-year-old legacy of Jesuit education" has played a significant role in its growth and evolution.

From the 1780s to the end of the Civil War, much of Georgetown's livelihood depended on America's slaveholding economy and culture. Georgetown was directly connected to slavery through the Jesuit-owned and operated plantations in Maryland, which were run by slave labor. At this time Jesuits were prohibited from charging tuition to their students, and thus, plantation profits were a significant source of funding for the school. With a recruitment strategy that specifically targeted Southerners, the school's ties to slavery deepened and the consensus amongst both students and faculty was in favor of slavery as a "necessary evil" due to its profitability. In the nineteenth century, the school was seen as largely pro-slavery and pro-Confederacy.

In 1864, the State of Maryland declared slavery unconstitutional. From the founding of Georgetown to 1864, the most controversial sale of slaves by Georgetown was that of 272 slaves in 1938. At the time, it was determined that the plantation was not generating enough revenue, and because of this the college was suffering from accumulating debt. The sale, executed to provide operating income to the school, was the largest of its kind.

After extensive debate over what was to be done with the slaves, Jesuits who had initially favored either keeping the slaves or emancipating them, eventually yielded to those in favor of sale. However, the sale was to be made under the conditions that families be kept together, they be allowed to continue practice of the Catholic faith, and proceeds would be used for endowment rather than operating expenses. The key players in the sale were Reverend Thomas F. Mulledy and William McSherry, the then-presidents of the University. Ultimately, none of the proposed conditions were fulfilled. The 272 slaves included women, children, and the elderly, and little attention was paid to the conditions in which they were sold.

Through an instrument referred to as the "Articles of Agreement" Mulledy organized the sale to Henry Johnson and Jesse Bates, Louisiana businessmen. This document identified each individual by name. The terms of the agreement laid out a price of $115,000 ($3.3 million today) for the 272 slaves, 51 of which were to be delivered immediately, and those remaining to be delivered later that year. In addition to being the largest sale, it is also one of the best-documented sales of slaves in American history. Most of the proceeds were used to satisfy a serious debt; how the remainder of the proceeds was used is unknown.

In response to student protests on Georgetown's campus, in September 2015, the President of the University, John J. DeGioia, convened a 16-member group composed of faculty, students, and alumni, some of which were descendants of those slaves. This group, known as the Working Group of Slavery, Memory, and Reconciliation, was to make recommendations on how to atone for the University's past affiliation with slavery. Some of the group's recommendations included: removing the names of the two key players in the sale from named buildings on campus, issuing a formal apology, creating a public memorial to honor the 272 slaves, creating the Institute of Slavery in its legacy dedicated to slave studies, as well as an adjusted admissions policy that would provide a legacy preference to the descendants of slaves. While a public apology has been issued, most of the remaining recommendations are still in the works.

The admissions policy is intended to apply not only to descendants of the 272 slaves, but to the descendants of all slaves whose labor benefitted the University. Under the policy, descendants of slaves will be treated in the same way in which the school treats legacy applicants whose predecessors are alumni. This means that their applications will receive an extra evaluation, and their relationship to the University will be taken into account.

The Georgetown Slavery Archive was created to help locate and connect with descendants. Many descendants have either been reached, or reached out to the school, and DeGioia is optimistic that the University's archive, containing more than 100 boxes, will allow them to reach a good number of descendants, if not all.

Considering the recent attacks on affirmative action jurisprudence, one cannot help but to be skeptical of the viability of even well-intentioned policies, such as Georgetown's. Universities looking to make amends for past associations with slavery should probably steer clear of replicating Georgetown's policy. Studies even suggest that such an approach does not serve its articulated purpose to atone for past associations with slavery. Very few black students admitted under such programs are actually descendants of American slaves, the majority being foreign-born, recent immigrants, or from wealthy families.

Georgetown has lightly considered offering scholarships to descendants of slaves, as means of making reparations. Scholars have suggested that the best way for universities to make amends for past associations with slavery is through reparations. "I don't know how you conduct research that shows that your very existence is rooted in a great crime, and just say well, shrug--and maybe at best say ‘I'm sorry'--and you walk away." Reparations are more than just an apology; reparations would actually redistribute wealth and seek to close the wealth gap between blacks and whites.

Studies have found that increasing access for blacks to higher education alone is not enough to "level the playing field. Despite having degrees, the racial wealth gap between white graduates and black graduates persists, even where black students graduate from elite universities. Thus, the use of race-sensitive admissions policies to increase black enrollment does nothing to address this racial wealth gap. Further, though low-income blacks tend to be descendants of American slaves, these are not the ones benefitting from these policies. Studies have found that race-sensitive admissions policies mainly benefit foreign-born black students and black students from families that are already wealthy.

Instead of policies such as Georgetown's, which would have the practical effect of admitting more descendants of once-enslaved African Americans into the University, but nothing further, universities now unearthing their ties to slavery should consider providing reparations. Not only would such a solution avoid the costs of litigation, it would also actually atone for their past dealings as opposed to the proposed solution. Additionally, universities could be sure that the right people are on the receiving end of the offered benefits.