“This storm is what we call progress.” Walter Benjamin 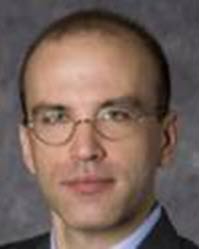 [A]ll of the struggles of African Americans in this country since 1690 [have] been to repair the damage of enslavement and white supremacy.—Audrey Moore

One of the most hostile environments for reparations proposals are circumstances where decades and generations stand between those who will pay and receive reparations and those who perpetrated and suffered wrongdoing. Those asked to pay protest that they did not do anything wrong and so should not be made to sacrifice. That objection is amplified by claims that heirs to victims have not, themselves, suffered any wrong and so should not receive what would amount to an undeserved windfall for disparities in achievement that are ascribable to their own lack of capacity or will to succeed. In the United States, these arguments are regular players in contests over affirmative action and debates about reparations for slavery and institutional racism. While the fact of past abuses is undeniable, those who oppose affirmative action and racial reparations argue that the past is the past.

The response to these objections is evident in light of the foregoing discussion. The case for reparations is not based on compensation for past wrongs. That is a tort concept germane to ordinary justice but ill-fitted to the central tasks for reparations in transitions, which are to pursue status parity for former victims as both recognition and a meaningful opportunity to participate as peers in public and private life. Those goals can only be achieved by keeping at the fore the role of an abusive paradigm in pretransitional abuses. So doing reveals that the path to justice in transitions is to recast the central ethnic, religious, or racial opposition implicated in past wrongs in the broader context of a varied pattern of overlapping associations and oppositions such that being black, say, does not entail exclusion from citizenship, the practice of medicine, or membership in the local golf club.

Reparations justified by and disciplined to this task are immune from claims by those asked to sacrifice that they did no wrong because their responsibility is not to pay for harms but to make it right for their contemporaries and for future generations. This basic duty to social justice, abstracted from particular harms, is not unlike the duty of all citizens to end institutionalized abuses in the first place. Claims of innocence in the face of such demands are simply irrelevant. What is relevant is what must be done to vindicate the transitional commitment to achieve a just society in the shadow of an abusive paradigm.

While broad political and institutional changes frequently mark a moment of historical recognition and commitment to change, the constituents of an abusive paradigm often linger, sometimes in pure and unadulterated form and sometimes as components of a synthetic post-transitional paradigm that preserves significant pathological elements. Where this occurs, disparate distribution of economic opportunities and success—along with continuing instances of documented abuse and discrimination—provide evidence that status inequality reflective of an abusive paradigm persists. Reparations treated as tools for changing these social and cognitive structures of abuse and for achieving parity for contemporary members of the targeted group retain a role in these situations of continuing transition.

Denial and revisionist history frequently are at the heart of lingering injustice. Symbolic, group-centered reparations programs have a particularly useful role to play in these circumstances. Museums, monuments, and official histories, for example, can provide recognition of the past and express public commitments to “Nunca Más.” More material, group-based reparations may also have a role to play. For example, public funding for advocacy groups and community organizers can provide a valuable resource for those powerless to expose and oppose conduct reflecting persistent commitments to a discriminatory paradigm. Programs encouraging or guaranteeing access to education or even entry-level employment can help to correct for the residues of discrimination by, again, recognizing that distributional disparities consequent of historical injustices require affirmative action to correct and by building patterns of connection between victim groups and the social spheres from which they have been historically excluded.

This approach to transitional justice and reparations is particularly useful in responding to concerns expressed about affirmative action. Some critics claim that affirmative action programs re-emphasize racial opposition, thereby preventing or delaying our transition to a race-blind society. By now, however, it is clear that this objection quite misunderstands both the problem and the solution. The problem is not racial identity. To the contrary, race is an important component of identity in a multiracial society and can provide an important line of association across perpendicular oppositions. Rather, the problem is when race, constructed as an existential condition, maps onto other contingencies of social status. This is the definition of a racist society: one that imposes and presupposes an alignment of race with a limited set of class, social, professional, religious, and cultural associations, confining members of a particular race to a social ghetto. The solution is not to abandon race as a component of identity but to disentangle race from these deleterious status implications. In fact, preserving race as a source of identity may be crucial. For those who aspire to a particular status, it is important to see racial colleagues among the cohort to which they strive. For a child, it matters that there are people who look like him or her walking the halls of government, business, and academe. It creates links to another life and sends the message that race is not an impediment, no matter the life one imagines for oneself.

“The past is never dead. It's not even past.”—William Faulkner

In closing, it is worth considering Walter Benjamin's image of the Angel of History:“Angelus Novus” shows an angel looking as though he is about to move away from something he is fixedly contemplating. His eyes are staring, his mouth is open, his wings are spread. This is how one pictures the angel of history. His face is turned toward the past. Where we perceive a chain of events, he sees one single catastrophe which keeps piling wreckage upon wreckage and hurls it in front of his feet. The angel would like to stay, awaken the dead, and make whole what has been smashed. But a storm is blowing from Paradise; it has got caught in his wings with such violence that the angel can no longer close them. This storm irresistibly propels him into the future to which his back is turned, while the pile of debris before him grows skyward. This storm is what we call progress.

The record provides much evidence to recommend this apocalyptic view of progress. However, we need not despair—at least not yet. This Article gives the Angel a second face. The progress Benjamin describes is the natural consequence, the argument ad absurdum, of a particular social paradigm allowed to define and pursue its own End of History. It is only in the wake of such “progress” that the Angel can see the destructive force of a pathological social order. It is tempting to think that real progress can be had by simply turning the Angel to face the future. To do so, however, would literally be to turn a blind eye, dooming the world to repeat anew the disasters of history shrouded by oblivion. The Angel of History therefore must adopt the equipoise of Janus. For him, the debris of the past serves as a negative ideal, describing an aspirational trajectory for the future. By facing simultaneously the past and the future, the Angel can see the prospect of true progress in the blood bath of history. While shame is a natural emotion when the Angel is forced to live with the disasters of the past, his dual orientation commits him to do justice in the liminal now for the future. To pursue such a goal is an occasion of the greatest pride, not shame. Shame is appropriate only when the moment is wasted by hollow claims that “This travesty is not my fault.” As has been argued here, claims such as these in the wake of mass or institutionalized atrocities are simply non sequiturs. When presented the opportunity to pursue justice for those who suffer as a consequence of persistent pathological status inequalities, the only question is “Who will make it right?”

University of Maryland School of Law.