Reparations Theory and Practice Then and Now: Mau Mau Redress Litigation and the British High Court 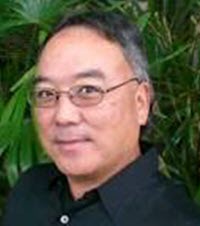 Claims to reparations for historic injustice mark the modern global landscape. Starting in the late 1980s, with the United States' redress for 120,000 wrongly incarcerated American citizens and Japanese ancestry during World War II, reparations advocates advanced claims on behalf of African Americans, Native Americans, Native Hawaiians and Holocaust survivors in the United States; in support of colonized (and/or enslaved) people in Canada, Australia, New Zealand, Kenya, Britain and the Caribbean islands; in response to formerly repressive regimes in South Africa, Peru, Colombia, Chile, Argentina, the Philippines, Korea, Brazil, Nepal and Cambodia; in reaction to internal genocide in Sierra Leone, the Congo and Rwanda; in challenge to specific wartime atrocities related to Japan and Kosovo; and more. Those claims awakened public consciousness about the horrors of historic injustice and the need for present-day redress. They also generated controversy and legal and political backlash. Now, often integrated into reconciliation or social healing initiatives, claims to reparations are both significant and problematic. 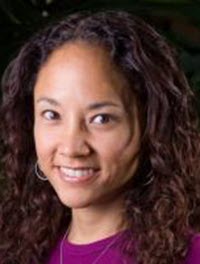 subordination experiences of those at the bottom of societal hierarchies as legitimate jurisprudential starting points, she refashioned the way scholars think and write about justice. And in doing so, she and others laid the foundation for the emergence of Critical Race Theory and for grappling with the ways that race shaped and continues to shape many dimensions of American life and law. For this reason, Looking to the Bottom has been rightly regarded as path-forging. What has received less attention is the way that Matsuda, in the same article, triggered an explosion of legal scholarship on reparations for historic injustice. By theorizing about the limits of traditional legal analysis--reparations as individual legal claims against identified perpetrators--and about the contrasting support for reparations provided by critical legal analysis--reparations as group-based claims to repair group-based damage opened a new way of assessing and justifying reparations claims. She also identified thorny problems to strategically avoid in conceptualizing and pursuing reparations.

This work and the evolving scholarship that followed over the next several years contributed to a burgeoning reparations practice, with on-the-ground claims in courts and legislatures throughout the country (and later throughout the world). Those reparations claims in turn faced potent conservative backlash--some of it thoughtful, much of it vituperative. This political backlash and skepticism by mainstream judges necessitated a retooling of reparations theory and practice and renewed attention to many of Matsuda's foundational insights. Although always controversial--whether denominated reparations, redress, or reconciliation--claims for reparations to heal the persistent wounds of historic injustice mark the political and legal landscape in the United States and in countries throughout the world transitioning to democracy.

In this setting we cast bright and, in some respects, new light on Matsuda's foundational theories on reparations.

Section II summarizes her critique of limited traditional legal views and then describes her expansive, yet grounded approach, to reparations as a “critical legalism” and her illumination of theory through the then-pending Japanese American internment redress and Native Hawaiian redress initiatives. As part of this description, we pay close attention to her anticipation of obstacles to reparations, many of which later played out on judicial and legislative battlefields.

Finally, Section IV identifies the present-day relevance of Matsuda's original insights and their impact on reparations theory and practice “at the cross-roads,” particularly as fourth generation reparations theory evolves with a multidisciplinary emphasis on social healing through justice. We do this through a concise look at startling 2011 and 2012 reparations rulings by the High Court of England and Wales (“British High Court”). Those rulings recognize the viability of the Mau Mau people's group-based reparations claim against the British government for atrocities in Kenya during colonial rule and, in important respects, approach reparations as a “critical legalism.”

In broadly construing “perpetrator,” in creatively narrowing the Quark rule and rejecting the Government's negligence-immunity argument, in stretching the limitations period for initiating suit, in underscoring the Government's temporary loss of key documents and the claimants' continuing suffering, and in thereby expanding potential government accountability for historic transgressions in the “interests of justice,” Judge McCombe implicitly embraced both an expanded liberal legal view of the Mau Mau's claim and what Matsuda terms “reparations as a critical legalism.” The 2011 and 2012 rulings signaled the High Court's assessment about the importance of publically ventilating the entire Mau Mau rebellion story at trial--it noted media publicity--and the significance of determining the British Government's accountability for historic human rights abuses during the waning days of its colonial empire. By acknowledging the “exceptional” nature of the claims and the colonial context, by invoking the “interests of justice,” the Court underscored evolving social healing concerns characterized by evolving fourth generation reparations theory: the acknowledgment of historical wrongs (based upon the voices of those oppressed and the government's own files), the recognition of continuing individual and group-based injuries, and a commitment to appropriate redress (which implicates broad relief, including raising the standard of living, promoting cultural survival and political participation and fostering a “new [public] consciousness” while “looking always to victims for guidance” and recognizing a national interest in reestablishing or enhancing legitimacy as a democracy committed to human rights.

Even though a public trial or an unlikely public settlement is yet to come, and although serious reparations claims often invoke potent backlash and the risk of commodification, the High Court's rulings move the Mau Mau's claim down a potential path toward some fashion of social healing, both for the Mau Mau as a group and British society as a whole. Serious contemplation of reparation claims in the court of global public opinion as well as courts of law may re-open doors to social healing through justice for others elsewhere. Perhaps for women suffering war-inflicted sexual violence through gender-sensitive redress. Perhaps for indigenous peoples struggling to reclaim lands and self-governance. Perhaps for the descendants of those enslaved and subjected to harsh segregation by law. Perhaps not, in light of the “underside” risks of reparations process. Perhaps not, but potentially so. Conceived as critical legalism, reparations as a key component of redress for historic injustice is both practical and aspirational. It is practical because reparatory justice claims, like those of the Mau Mau in Mutua, trigger grassroots and organizational campaigns for public acknowledgment, government accountability, and personal and community repair. It is aspirational because, in Mari Matsuda's words, “reparations is at its heart transformative. It recognizes the crimes of the powerful against the powerless. It condemns exploitation and adopts a vision of a more just world.”