Responsibility for Historical Injustices: Reconceiving the Case for Reparations 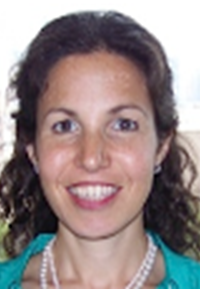 “We will have to repent . . . not only for the vitriolic words and actions of the bad people, but for the appalling silence of the good people.”

The twentieth century ended with the vindication of many of its most mistreated victims' cries for reparation. Holocaust survivors retrieved over $8 billion in assets frozen in bank accounts or looted by the Nazis; Japanese Americans interned during World War II received compensation from the U.S. government; Chile compensated descendants of Pinochet's victims; Japan redressed Korean “comfort women”; and Canada paid damages to Aboriginals for forced assimilation of their children. Absent from the list was the longest suffering and most visible of groups seeking repair - African Americans.

Embarrassed by the satisfaction of these other victims' claims, opponents of Black reparations are left to find a legitimate ground upon which to distinguish the claims of contemporary African Americans. To this end, they construe the 140-year-long failure to offer repair not as the egregiously lengthy omission that it is, but instead as the feature that would render moot any entitlement to redress. Thus, the common rejoinder to pleas for Black reparations has opponents protesting that they never owned slaves, and so they should not be made to pay for those who did. Besides, they continue, the slaves are long dead and the effects of slavery now nonexistent, so there would not be anyone who could legitimately claim compensation anyway.

The opposition to Black reparations thus focuses on the temporal dislocation between slavery and the present, but the argument loses none of its force when applied to more recent injustices. After all, “righteous gentiles” in Germany did not exterminate Jews; most Japanese never availed themselves of the “comfort” of Korean prostitutes; and many Chileans ardently resisted Pinochet's rule. If opponents of Black reparations are correct to insist that an individual may be held responsible, and hence liable, only for transgressions in which he participated directly, then none of these reparations programs is justifiable.

Yet resolution of these issues, however thorny they are, will serve neither to justify a program of Black reparations nor to sell it to the public unless and until reparationists manage to provide an account of responsibility that adequately responds to that of their opponents. I argue here that none of the few attempts on this front has been or can be successful.

These attempts respond to the individualist impulse animating anti-reparationists' arguments by appealing to collectivist conceptions of responsibility, according to which responsibility attaches to the collective first and foremost, and to its members only derivatively. The contestation about Black reparations thus reduces to a contest between competing accounts of responsibility, as the individualist insistence that “no one can be responsible, in the properly ethical sense, for the conduct of another,” collides with a collectivist ontology in which “[t]he ‘we’ precedes the ‘I.”’

Opponents of reparations already enjoy an advantage in this debate as their arguments rely upon a conception of responsibility that American law has made familiar to us. On this conception, responsibility is limited to the individual's contribution, and liability may be imposed on an individual only for her actions, and only to the extent that these wrongfully caused the injury to be redressed. Supporters of reparations are left to defend their agendas with accounts of collective responsibility, which, in their deviation from the law's individualism, have alternately been called “barbarous” or “pervers[e].” Even supporters of ethical collectivism acknowledge that it “has enjoyed few philosophically sophisticated defenses” and is “one of the murkiest and least explored topics in moral philosophy.”

In fact, collective responsibility poses a problem for Black reparationists not just because it is unpopular and under-theorized. The accounts that do exist contemplate only contemporaneous injustices, and ask whether a member may be called to account for a harm the group committed while she was a member in it. Moreover, we shall see that the reasons offered to defend collective responsibility implicitly rely upon the individual's ability to control the group. Two implications thus follow: first, these accounts of collective responsibility cannot be extended to historical injustices, like slavery, for it is clear that current citizens have no ability to control the 150-year-old actions of the United States. Second, and more damningly, these accounts crucially rest upon individualist understandings of responsibility, and so fail to be collective in the requisite sense.

In other words, the debate about Black reparations reveals deep lacunae in our conceptions of responsibility that have heretofore gone unnoticed. If existing accounts of responsibility condition responsibility assignments on an individual's participation in, or influence over, the group act, then we are left with no way to explain when (or if) a group member may be held responsible for a group act that occurred long ago or far away. In particular, we are without the theoretical resources to establish that contemporary citizens bear a moral obligation to redress the harms of slavery or other acts of past racial injustice.

The primary purpose of this Article is thus to expose the inadequacies in our existing theories of responsibility, and develop a novel account that would license responsibility ascriptions for historical injustices. This account will, I believe, secure the justificatory force necessary for the reparationist to establish that contemporary citizens do indeed owe a duty of repair. A secondary task of the Article is to develop a theory of harm that explains why contemporary Blacks are the legitimate objects of that duty.

I begin, in Part II, with the debate between individual and collective theories of responsibility. I first describe how each of these accounts underpins one side of the reparations debate, and then argue that the debate has thus far been insoluble not because it involves two distinct and irreconcilable accounts of responsibility, but because individualist commitments, which cut against reparations, operate on both sides.

Part V is devoted to the second challenge facing a program of Black reparations - that of developing a theory of harm that would encompass contemporary African Americans. I argue that the harm to be repaired is not slavery itself but instead the continued failure to offer Black reparations, which carries with it the prospect of unjust enrichment for Whites and devastating effects for perceptions of the worth of Blacks. I conclude that contemporary citizens are morally responsible for creating and perpetuating a culture of omission in which we not only fail to discharge our debts, but also communicate our indifference to those who have legitimate claims against us.

Existing theories of responsibility fail to establish how an individual member of a group may legitimately be held responsible for actions the group undertakes before his or her tenure in it. Individualist accounts unduly ignore the relationships between individuals' contributions to a collective product, and inappropriately limit liability to the magnitude of an individual's direct contribution to a harmful act, rather than the extent of harm he directly or indirectly caused. Collectivist theories licitly assume that responsibility presupposes control over the group act, and hence, when it comes to historical injustices, fail to arrive at responsibility ascriptions significantly different from those the individualist would countenance. By turning to an account of collective agency, however, we can see how each member contributes to the group's apparent moral status, and how each may thus be held responsible for wrongdoing no matter when in the group's history the wrongful act occurred.

It is through such an account that we can locate the duty Americans bear to repair the legacy of slavery, for we are members of the same nation as those of our forbears who practiced, promoted, or otherwise facilitated slavery. Slavery was their transgression; the failure to repair it has been ours. While the debt they bequeathed to us may not have arisen from a transgression for which any of us is guilty, each of us is guilty for failing to discharge this debt. We are guilty even if we have never thought about reparations before - indeed, we would be guilty because we had never thought about reparations before. We are guilty because together we have perpetuated a culture that turns its back on its moral obligations, and does so with special ease when those obligations concern Blacks. We are guilty because we have refused even to issue an apology, and so we have communicated that we repudiate the legitimate claims that may be imposed on us, rather than repudiating our shameful past. We must halt the cycle of our collective transgression, and compensate those who have been shackled by our indifference. We must make repair.