Correcting the Harms of Slavery: Collective Liability, the Limited Prospects of Success for a Class Action Suit for Slavery Reparations, and the Reconceptualization of White Racial Identity

Excerpted from: Ryan Fortson, Correcting the Harms of Slavery: Collective Liability, the Limited Prospects of Success for a Class Action Suit for Slavery Reparations, and the Reconceptualization of White Racial Identity, 6 African-American Law and Policy Report 71 (2004) (302 Footnotes) (Full Document) 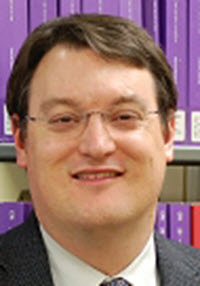 No one now doubts, or at least no one should doubt, that slavery imposed a grievous wrong on Blacks in America, one from which neither the descendants of slaves nor the country as a whole have entirely recovered. Legitimate dispute remains over how best to correct the lasting harms caused by slavery. To answer this question, one needs to determine not only the nature of the harms, but also who is responsible for compensating those who have been harmed and how the compensation should be carried out. These questions are not easy to answer. Because the institution of slavery was declared unconstitutional over 135 years ago, its immediate victims are long since dead and their descendants suffer more diffuse after-effects of slavery through social, occupational, and educational disparities that, because they are no longer legally sanctioned, are not always readily apparent. The distance between the harms and those who would be compensated for them, however, is not necessarily a bar to crafting some sort of remedy, be it legal or political.

One possible means of compensating descendants of slaves for the abuses of slavery is to pay monetary reparations for physical or psychological harm, lost wages, breach of contract, or some other less clearly defined harm. The movement for monetary reparations has been gaining steam recently. Partly due to Congress's decision in 1988 to pay reparations to the remaining Japanese-American survivors of American World War II internment camps, a slavery reparations rally in front of the U.S. Capitol drew thousands of people. Then again, the harms caused by the internment of Japanese Americans are easier to remedy because the victims are easily identifiable since the internment was more recent and lists were kept of those interned. Perhaps more importantly, the number of victims, and hence the amount of the recovery, was rather limited. This would not be the case for the descendants of slaves. Given the sheer numbers involved in any potential recovery--both the number of recipients and the amount of money that would likely be involved--it may not be practical or politically feasible for Congress to provide monetary reparations that completely compensate slaves and their descendants for their losses. Discussions of feasibility carry the unfortunate and displeasing aftertaste of ignoring the moral arguments for slavery reparations. However, assessing feasibility is a necessary task within the realm of politics, where limited resources and conflicting desires mean that not all claims for justice can be vindicated. Furthermore, there is not currently widespread political support for slavery reparations. Not surprisingly, Blacks are significantly more supportive of some form of reparations than are Whites. For example, ninety percent of white respondents to a February 2002 survey said that the government should not make cash payments to descendants of slaves, whereas fifty-five percent of black respondents felt such payments would be appropriate.

If a political solution cannot be found for providing slavery reparations, there are those who are prepared to bring lawsuits to recover this compensation. I will take it as my general presumption that African Americans and other racial minorities suffer from glaring disparities in their daily lives when compared to Whites. It is not my purpose in this article to make moral arguments for (or against) the correction of these disparities; this has been done in many other places. Rather, I will question: (1) whether compensation for harms to African Americans is best handled through a class action suit for slavery reparations, and (2) whether alternatives to legal action can add greater perspective to the benefits and deficits created and maintained by slavery. While no such class action suit has been filed at the time of this writing, efforts to organize a suit for slavery reparations are underway. One slavery reparations suit is being organized by Randall Robinson, author of a recent and popular book on slavery reparations entitled The Debt; Harvard Law professor Charles Ogletree; Alexander Pires, who won a landmark racial discrimination suit against the United States Department of Agriculture on behalf of black farmers; and lawyers from Johnnie Cochran's firm. This group, known collectively as the “Reparations Coordinating Committee,” plans on filing the suit as early as is feasible. The legal and theoretical difficulties in bringing such a suit will be one of the key foci of this article. My discussion of the barriers to a class action lawsuit for slavery reparations will be counterpoised with the arguments advanced by Cheryl Harris in her article Whiteness as Property, which I see as providing a more viable theoretical framework for addressing racial disparities than slavery reparations. It is important to keep in mind that even if a legal solution is untenable, this does not remove any moral imperatives that may exist for slavery reparations. However, the abstracted glance of the law, with its basis in precedent and a jurisprudential concern for firm causality in assigning fault, places restrictions, perhaps reasonably so, on more political and emotional pleas for slavery reparations.

Let us review the possibilities for a class action suit for slavery reparations. Class certification would be difficult because inadequate records exist of those who were slaves. Identifying the descendants of slaves also raises the specter of defining who is “black” in a way that does not accurately reflect contemporary experiences of racism. Were reparations to be granted, there is little consensus on the amount of money that would be awarded or the basis for a monetary award, though most estimates advanced by proponents of slavery reparations place the amount so high that it is most likely politically unfeasible (were a non-legal route to be taken). Credible legal arguments cannot be found for bringing suit for actions that happened many years ago and were within the bounds of the law at the time they were committed. Indeed, the Ninth Circuit dismissed most possible legal arguments for slavery reparations in Cato v. United States. Furthermore, it is not clear who could be sued, since the United States would have sovereign immunity against any possible claim. Attempts to sue private individuals or businesses raise troubling questions of responsibility, as well as further documentation issues. In short, a class action suit for reparations for slavery faces serious legal hurdles and theoretical difficulties.

A class action suit for reparations is also misguided. Suing for reparations for harms committed against slaves necessarily focuses on the past and in this way masks present discrimination against and mistreatment of African Americans. If recovery were possible in a slavery reparations suit, then such a suit may be worthwhile, if only to provide resources for those currently suffering from discrimination. Yet, if providing resources for those in the present is the goal, then it is best to address that goal directly rather than through indirect means with questionable prospects of success. Focusing on reparations as the primary remedy for discrimination, runs three major risks in addition to the unlikelihood of success.

First, by bringing a lawsuit in which blame for the past is unavoidably placed on those who feel they have done no wrong and feel they are not themselves racist, reparations threaten to exacerbate the racial divide in this country. While it is important to have African-American experiences vindicated, it is hard to see how doing this through a mechanism that is premised on racial divisiveness will promote racial healing. Second, bringing suit for reparations creates a sense of resolution about the harms of slavery that is illusory. If reparations are paid, then Whites will arguably be justified in claiming that their debt has been paid and that there is no more need for affirmative action or other programs meant to equalize racial disparities. As Jeff Jacoby puts it, “[e]ven the biggest debt only has to be paid once.”

Third, and perhaps most importantly, the sense among the general public that moral and economic debts to descendants of slaves still exist might dissolve if African Americans lose their reparations case. If the public feels a fair trial of the harms of slavery has been conducted, they are likely to be less sympathetic to claims of continuing systematic mistreatment, since the justice system would have found this claim to be invalid. Losing a lawsuit for slavery reparations, which I argue is likely, would also be devastating for an African-American community that might see the loss as further confirmation of their socially disadvantaged position. A ruling by the judicial system in a highly publicized case that descendants of slaves have no legally cognizable claims for recovery for the harms to their ancestors would only exacerbate existing racial tensions. If a loss in court is almost a certainty, why further damage race relations? Yet, because a suit exists within a legal framework of winners and losers, even a successful suit for slavery reparations would possibly exacerbate existing racial tensions. For these three reasons, a lawsuit for slavery reparations, successful or not, may not achieve the economic and social integration that has been a cornerstone of the Civil Rights Movement.

Reparations for whiteness as property satisfies many of the concerns and goals of a class action lawsuit for slavery reparations in a way that is not only more likely to succeed but that would also promote racial understanding and healing rather than further divisiveness. In as much as most arguments in favor of monetary reparations start with a long history of the many abuses suffered by African Americans, a form of reparations such as those that would come from a recognition of whiteness as property serves best to acknowledge and redress not only those harms suffered by slaves but also the discrimination and hatred that continues to this day. The experience of being a minority in this country goes far beyond what money can compensate. As comedian Chris Rock once said in an act speaking to a white man, “Despite all the changes in society, you wouldn't trade places with me, a black man. . . . And I'm rich!” Monetary reparations are not enough, nor will they be achieved. Reparations through the recognition of whiteness as property does a better job of acknowledging racism's current effects and of healing the wounds caused by slavery.