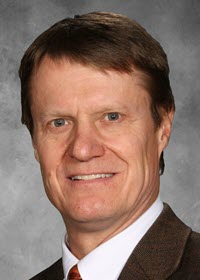 The Negro race in America, stolen, ravished and degraded, struggling up through difficulties and oppression, needs sympathy and receives criticism; needs help and is given hindrance, needs protection and is given mob-violence, needs justice and is given charity, needs leadership and is given cowardice and apology, needs bread and is given a stone. This nation will never stand justified before God until these things are changed.

Ever since Europeans first settled the continent over four hundred years ago, racial injustice has existed in North America. The attempted destruction of Indigenous Nations and families in the pursuit of land and resources, along with the formal legal recognition of human bondage in the United States for nearly a century following the nation's birth in 1776, created fundamental cracks that have never been addressed. While the Thirteenth Amendment officially abolished slavery in 1865, and the Fourteenth Amendment mandated equal protection in 1868, nearly another century passed before "separate but equal" was repudiated and some progress was made.

Today we still see persistent racial inequities throughout American society. The criminal justice/prison complex disproportionately targets, captures and incarcerates persons of color; and police shootings of unarmed black victims-- such as of Michael Brown in Ferguson, Missouri in August 2014--are grimly commonplace. Even more recently, the propriety of continuing to honor the Confederacy's memory (and, necessarily, its core organizing principle--slavery) has led to violent clashes in Charlottesville, Virginia, and elsewhere. It is difficult to deny, in light of this history, that America has a major problem of race.

What can be done?

Truth and Reconciliation is a process that has been used effectively in other nations and cultures (e.g., South Africa; Rwanda; Germany; Indigenous Nations) following times of deep racial discord/violence. The idea is that true healing can begin only when past atrocities and injustices are first acknowledged and addressed. Scholars, policymakers, activists and thought-makers must fully embrace--and act upon--the Reverend Dr. Martin Luther King, Jr.'s insight that: "Injustice anywhere is a threat to justice everywhere. We are caught in an inescapable network of mutuality, tied in a single garment of destiny. Whatever affects one directly, affects all indirectly."

It is time for Americans to engage, finally, in processes of Truth and Reconciliation; first to acknowledge the atrocities of slavery and the sobering realities of its aftermath, then to attempt, through conscious acts of reconciliation and healing, to account for the massive harms done.

Part II of this Article details the truth of four centuries of racial injustice in North America, from the days of slavery through Jim Crow and the Civil Rights Era to the present day. Part III addresses the bases for reconciliation, and discusses the necessary elements of awareness, acknowledgement and remediation. It then provides examples of truth and reconciliation processes at the local, state, national and international levels.