Towards a More Perfect Union: An Approach to Rectifying White-Black Racial Inequality in American Life 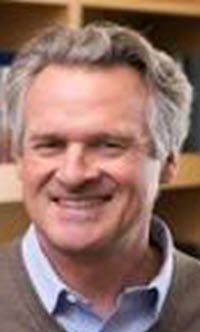 How, after 400 years of white racial domination, are we to repair the accumulated damage to black people in the United States? I addressed this issue in a book I wrote a few years ago about the idea of reparations for historical injustices--a notion then sweeping the United States and the world. The book examined a number of different cases of reparations claims-making around the globe, but my main concern was with making sense of the case of reparations for African Americans--an idea that was then garnering a lot of publicity. Much of the discussion of reparations then revolved around attempts to estimate the unpaid wages of slaves, the denial of economic opportunities to blacks, and the consequent gaps in wealth and income between blacks and whites. As anyone who has read the book will know, I came to rather pessimistic conclusions about the prospects for what I called "reparations politics" with regard to black Americans. However justifiable, it seemed to me that the payout of large sums to the black population of the United States in the form of individual checks was a political nonstarter. At the same time, it struck me that many of the leading proponents of reparations were really after concrete policy measures-- loans to small businesses, college scholarships, and other forms of economic assistance to blacks--not checks for individual black Americans, as the discussion often suggested was the case. Much of this seemed equally unlikely to happen, insofar as it entailed policies designed to affect a specific, historically oppressed racial group--even though the country had had no difficulty singling out that group for purposes of their subjugation and exploitation. Repairing damage done on racial lines would be difficult to do along racial lines.

As many have noted, and as would hardly seem to bear repeating, black people in the United States suffer inequalities and disadvantages that are generally rooted in the past. Whites have greater life expectancy at birth than do blacks, even despite the much-discussed uptick in mortality rates among middle-aged whites resulting from "diseases of despair." Between 1980 and 2015, for example, rates of infant mortality of the children of black women have been roughly twice that of children of white mothers. African Americans have consistently higher rates of unemployment than whites, higher rates of incarceration relative to whites as well as relative to their share of the overall population, lower rates of educational attainment, a roughly 10-to-1 ratio of wealth between white families and black families, higher rates of homicide, higher rates of poverty, higher rates of single-parent-headed households, and many other disparities as well. The glaring fact is that blacks face extensive and often profound differences in social outcomes based on race, even though some of these (such as the gap in life expectancy) have been improving in recent years. But stating these facts does not tell us what causes them, nor does it dictate what should be done about them.

Many whites and other nonblacks think themselves fair-minded and desirous of achieving racial equality. Research has shown that levels of conscious and overt prejudice against blacks have declined significantly since the 1960s; in this limited sense, the United States has become a less racist society. The voters of the United States did, of course, twice elect an African American to the highest office in the land. On the other hand, a 2017 National Academy of Sciences meta-analysis of experimental studies of hiring decisions since 1989 found that there had been "no change in the level of hiring discrimination against African Americans in the last twenty-five years." Whatever people's conscious intentions, the previously mentioned outcomes for black people relative to whites (and others) indicate that "structural" or "institutional" racism persist and in some respects (e.g., residential segregation may even have worsened since the 1960s. It is these persistent disparities between whites and blacks that have fueled the pessimism of such commentators as Ta-Nehisi Coates, who sees the United States as irremediably committed to white supremacy. The basis for Coates's view has certainly been reinforced by outbreaks of white supremacist rhetoric and violence during the Trump administration, with apparent endorsement (or at least noncondemnation) from the White House itself. Taking issue with Martin Luther King's generally more optimistic view of the situation, Coates has said, "I don't believe the arc of the universe bends toward justice. I don't even believe in an arc." George Packer responded with a searching critique of Coates's analysis of the election of Donald Trump as an expression of an unchanging and universal American racism, impervious to any other considerations in explaining the politics of whites. The climate of race relations in the Trump era is marked by a drift toward the rhetorical extremes. This tendency is not conducive to ameliorating the racial disparities in American life, which are many and persistent.

In the face of unpromising prospects for rectifying the wrongs rooted in our white supremacist past, I have long believed that the only route likely to prove effective and to enjoy broad legitimacy is a bipartisan congressional investigation into the nature and causes of, and the appropriate remedies for, racial inequalities in the United States. Such an investigation would have to involve the country's leading historians of slavery, segregation, and race, as well as sociologists, economists, and political scientists who have studied the social, economic, and political dimensions of racial inequality in the United States. The ultimate aim would be to have a blue-ribbon panel of investigators tasked with the production of a definitive report on the history of racial inequality in the United States and a series of recommendations aiming to ameliorate such inequality. The disparities described earlier did not begin last year, and their roots often go back many generations. We must therefore explore them from the ground up; only thus can we expect to begin adequately to rectify them and, in so doing, "to form a more perfect Union," as the American Constitution enjoins us to do. The body I propose should explore the following:

(1) The history of racial slavery and the subordination of black people (African slaves) to white people, beginning with the first settlement of the colonies in the early seventeenth century at the latest.

(2) The story of abolition and how it came to pass, both in the United States and in other slave states in the Americas and elsewhere, in an effort to make sense of the different patterns of abolition and emancipation in different countries.

(4) The Reconstruction period. What was Reconstruction? What was the meaning of the thirteenth, fourteenth, and fifteenth Amendments to the Constitution, and what effect did they have on the lives of freed slaves? Why did Reconstruction end? How did whites respond to the realities of black political power and to blacks' efforts to gain education?

(5) Jim Crow--that is, the period of legalized segregation that followed the collapse of Reconstruction. What were the legal foundations of segregation? What social, economic, and political opportunities were available to blacks during the period? What were the patterns of violence against blacks, especially in the form of lynching? How did the American political system serve or disserve blacks during the years of segregation?

(6) World War II and its aftermath. How did blacks participate in the American war effort? What was their experience in the United States armed forces and in the countries in which they served abroad? How did these experiences affect their views of American life? What opportunities did the GI Bill offer--or deny--blacks who had served in the military, and how did "affirmative action for whites" work?

(7) How did Brown v. Board of Education (1954), the Supreme Court decision striking down "separate but equal" public educational facilities, affect blacks and American society more broadly? What kinds of efforts were made to integrate public schools? How successful have those efforts been?

(8) Practices such as redlining (denying mortgages to blacks) and restrictive covenants (provisions in deeds precluding sale of houses to blacks) have widely excluded blacks from opportunities to purchase homes, the most significant form of wealth held by most Americans. To what extent have such practices driven the disparity in wealth between blacks and whites (and other ethnic groups)?

(9) Gerrymandering of congressional districts and efforts to stem alleged voter fraud are widely regarded as a major limitation on black (and other minority) political power. How are districts gerrymandered to help insure racial disparities in political power? How can such practices be curbed? How are efforts to stem voter fraud affecting black and minority rates of electoral participation?

(11) Patterns of incarceration. As many have noted, the weight of the unprecedented American experiment in mass incarceration has fallen disproportionately on blacks and Latinos. Why has this been the case, especially when the evidence suggests that, for example, rates of drug use by these groups are no higher and are often lower than the rates of white users? How has the experience of incarceration affected their families and their communities, their ability to reintegrate into society after they have served their time, or their participation in electoral politics?

(13) Blacks suffer disparate rates of violence compared to whites. What are the causes of these disparities? How do they vary by state and city? To what extent are they a product of the differential availability of guns in different jurisdictions and to the stringency or laxity of gun laws? How are blacks and other groups treated by the police, whom we entrust to keep our streets and our population safe?

(14) How well are blacks integrated in the labor market? What sorts of job opportunities do they have? What are their labor market prospects as more and more jobs are automated? What remedies will be available for blacks and others who are disadvantaged by changes in the nature of work?

Although the final details may remain to be worked out, an understanding of the aforementioned issue areas constitutes the essential foundation of any true appreciation of the history and dimensions of the inequalities suffered by blacks in the United States today. Understanding them is the key to developing workable and effective approaches to ameliorating these disparities. Doing so should be a matter of urgent national concern, as it is long overdue and crucial to the creation of a social and political order that meets our highest aspirations as a nation. Clearly, the creation of an investigative commission of this sort is not going to take place over night. It will require patient organizing. But if it were ever to become a reality, its recommendations would have the imprimatur of the highest legislative body in the land, and the pressure to carry out those recommendations would be substantial.

In any case, we are unlikely to address the legacy for African Americans of white racial domination without a serious examination of the nature, causes, and remedies of racial inequality in the United States. That problem has grown more complex with the immigration of massive numbers of Asians and Latinos since the new immigration law of 1965, as can be seen in recent controversies over procedures for admission to elite institutions of higher education in which Asians complain that they are being discriminated against. But we must bear in mind that, when we talk about rectifying racial inequality in American life, we are not only talking about the money. We are talking about an exploration of our self-understanding and of our capacity for living together in a more perfect union than the one we have today. And that we must do.