The Science of Reparations: A Balanced Approach 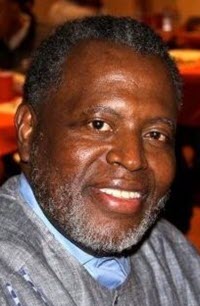 The fertile ground for the development of the science of reparations is empirical, historical, and social. When applied, the science of reparations measures and solves long-standing problems, past and present of the relationship between descendant enslavers and the descendent enslaved, crime and justice, and most important the price of a reciprocal zero sum reparations accord. My presentation identifies, the four inextricable institutions of enslavement from 1619 to present and scientific ways and means to command reparations.

I present the science of reparations as the superhighway for the repair of past and existing injuries to Descendants of Africans Enslaved in the United States. He will provide operational definitions for both empirical and applied science along with projects that individuals and organizations can implement to make reparations a reality. The exact words of General Orders Number 3—that launched "The First Juneteenth.”

“The people of Texas are informed that, in accordance with a proclamation from the Executive of the United States, all slaves are free. This involves an absolute equality of personal rights and rights of property between former masters and slaves, and the connection heretofore existing between them becomes that between employer and hired labor. The freedmen are advised to remain quietly at their present homes and work for wages. They are informed that they will not be allowed to collect at military posts and that they will not be supported in idleness either there or elsewhere.” —General Orders, Number 3; Headquarters District of Texas, Galveston, June 19, 1865

Before this proclamation DAEUS were considered property.

The word “Free,” although heard two years later, put them in a whirlwind of celebration that very moment even though they were dead-broke, without brick, bread or thread. Before this proclamation DAEUS were considered property.

Juneteenth means, to me, that we must set aside a day to acknowledge the generational pain caused by—pain caused by--and lives lost to—being enslaved as property; it means to celebrate our Peoplehood, to connect with each other, and reflect on how we could now move forward and achieve permanent, full, and lasting repair.

The “science of reparations,” It is a balanced approach based on empirical science, supported by the broad and specific evidence, facts, and circumstances our historical scholars have codified and our senses have experienced over decades that must be used to negotiate a “Reparations Accord” in our lifetime, and the lifetime of our children, as a matter of public policy.

We all were raised on the economic-social-political struggles of our times, right. We now have to deal with and solve the human rights violations that have carried forward through today, don’t we?

So today the Descendant Enslavers must help reconcile the lives, peoplehood, and possibilities destroyed by the colonizers and founding fathers of this country. Enslaved Africans and their Descendants (WE) were socialized out of OUR culture by generationally established norms such as Chattel Slavery, Jim Crow, Mass Incarceration, Racial Discrimination, and White privilege constructed and maintained by the descendants of the European Colonizers.

There are three fundamental (3) questions about reparations for DAEUS taking place nationally and locally. They are 1) What should reparations look like look? 2)Who in the United States are due reparations? 3) Who should govern and administer the distribution of reparations to Descendants of Africans Enslaved in the U.S.(DAEUS?)?

Before I go further, I thank the DAC for joining the conversation because, unless a person is a member or a supporter of an organization that has made a historical and generational commitment to be a public advocate for reconciliation and reparations, more likely than not, he or she wouldn’t know what the fuss is about these three questions.

• Applied science, such as the medical field, is the application of basic scientific processes and knowledge to solve practical problems.

• The “Science” of Reparations uses the empirical and applied method of analyzing, conceptualizing, and processing the facts and circumstances to better understand what happened to Africans and our descendants enslaved in the United States, and identifies, support, characterizes and encourages the reconstruction of the relationship between the Descendant Enslaved of the U.S. (DAEUS) and the Descendant Enslavers of the United States as it relates to freedom and human rights.

When you start analyzing, conceptualizing, and processing the facts and circumstances of what is happening, and what happened, to DAEUS from 1619 to the present, you will be practicing the science of reparations. According to scientist and astrophysicist Neil DeGrasse, science “is what is objectively true whether or not you believe it.” I define reparations as a process of repairing, healing, and restoring DAEUS injured by a crime against our humanity by the United States government by financial institutions, colleges and universities, and of course the Church.

The remedies for reconstructing this relationship can be found in a broad range of scientific disciplines such as culture, economics, education, health, labor, law, criminal justice, sociology, philosophy, and religion. The science of reparations is presented as the crossroads solution to ascertaining the price of reconciliation and to negotiate full and fair repair for DAEUS using these disciplines.

Here are examples of exact scientific remedies you can take away from this presentation and support and/or implement in your communities in respect to the “four pillars” of American civilization based on bondage. The four pillars of chattel slavery we have under the reparations science microscope, and some scientific approaches of direct actions for each of the four pillars.

1) Unit of Governments (national and local)

a. Support HR40 and S40—These are the Congressional companion reparations bills that currently being discussed in the U.S. Congress and moving towards a vote by your Congressional and Senatorial representatives.

b. We can demand elected officials to replicate HR40 and S40 at the city and state levels of government.

a. You can encourage your elected officials to establish “Slavery Disclosure Laws” in your city and state to engage and identify those institutions with ties to Racial discrimination, Jim Crow, and Chattel Slavery, and

b. Upon disclosure before doing business with your city or state to submit a “financial reparations plan” with annual milestones written into the law.

a) Teach Reparations Law Clinic/ Research Seminar Course. The purpose of this course is for students to partner with reparatory justice activists to advocate for the negotiation of reparations for descendants of Africans in Philadelphia and Pennsylvania. Provost’s Graduate Academic Engagement Fellowship at the Netter Center (PGAEF@NC)

b) This course will also model a reparations task force commission to research and document the impact and history of slavery and racial discrimination against DAEUS in your city and state and recommend reparations remedies.

a. Implement the concept of “Change for Change,” which is a monthly “Offering/Collection by your church or religious organization as a way of financially supporting reparations organizations and their representatives in your region of the United States.

b. Implement the program of “Getting The Language Right,” stop repeating and using the word “slave” in scripture as an identifier for enslaved people.

d. Implement a program Reparations Sunday and invite Reparationists to deliver the sermon.

Never forget, Reparations is the cross-roads solution to our human capital infrastructure in the context of a Reparations Accord for Descendants of Africans Enslaved in the United States as a matter of public policy.