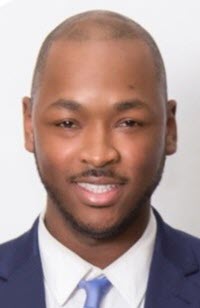 In 1619, a ship arrived in what was then known as “the New World” and is now the shores of Virginia, carrying a distinct cargo. The cargo held the potential to build generational wealth for its owners, but, more than that, the cargo carried the key to America's economic success. The cargo in question was approximately twenty human bodies--twenty human lives. Each life stolen from their African villages and forced onto a Portuguese slave ship. This cargo began the establishment of one of America's greatest economic advantages--slavery.

By 1860, those twenty enslaved Africans had become the first of nearly four million American Slaves, valued at $3.5 billion; making the enslaved the “largest single financial asset in the entire U.S. economy, worth more than all manufacturing and railroads combined.” In the Antebellum South, Black bodies were articles of commerce. This idea was demonstrated by the framers of the Constitution, who legally classified the enslaved as three-fifths of a person. Enslaved Black Americans were generating mass amounts of wealth for a country that considered them less than a whole person; the enslaved out-produced themselves season after season-- cultivating tobacco, sugar cane, and cotton. The cotton grown and picked by the enslaved was America's most valuable export. At this time, the South was the “economic engine” of the United States, “producing 75 percent of the world's cotton,” fueled by forced labor.

By 1860, the Mississippi Valley housed more millionaires per capita than anywhere else in the United States. This wealth was built on the backs of Blacks. Here, slave bodies were seen as “assets, credit, debt, currency--forms of capital and wealth.” America was well underway to becoming an economic powerhouse, creating an economy that could rival the wealthiest nations in the world. Enslaved people, Black Americans, human bodies now turned to fuel for the American Machine. This wealth and America's state-sponsored slavery went hand in hand; the two were, and still are, inextricably tied to the other.

Since the abolishment of slavery, there have been vagrancy laws, convict leasing, Jim Crow laws, redlining, and a host of other political and government-sponsored crusades to suppress Black Americans both socially and economically.

Enslavement reigned for 250 years on these shores. When it ended, this country could have extended its hallowed principles-- life, liberty, and the pursuit of happiness--to all, regardless of color. But America had other principles in mind. And so for a century after the Civil War, [B]lack people were subjected to a relentless campaign of terror[.

This “relentless campaign of terror” has led to vast intergenerational economic disparities among White and Black Americans, disparities that still find a home in American society today. America has yet to fully address these disparities and attempt to make Black America whole. In order to rectify this injustice, America must give reparations.

Black Americans have historically leaned on the judicial system to address the issues of economic disenfranchisement brought about by state-sponsored social and financial bondage laws. Time-and-time again the court system has concluded that the legislature, not the judiciary, is better suited to handle these claims:

Discrimination and bigotry of any type is intolerable, and the enslavement of Africans by this Country is inexcusable. This Court, however, is unable to identify any legally cognizable basis upon which plaintiff's claims may proceed against the United States. While plaintiff may be justified in seeking redress for past and present injustices, it is not within the jurisdiction of this Court to grant the requested relief. The legislature, rather than the judiciary, is the appropriate forum for plaintiff's grievances.

Giving deference to the Court's view on reparations, this Comment will argue that the United States Congress should enact Congressional Act H.R.40, Commission to Study and Develop Reparation Proposals for African-Americans Act. In making that argument, Part II of this Comment will start with an overview of H.R. 40. Next, it will explore the history of economic disparities among Black and White Americans. Part II will then conclude with examples of how reparations have been successful throughout the history of the United States. Part III of this Comment will explore the substance of the proposals in H.R. 40. It will then contrast American's opposing views on H.R. 40. Finally, Part IV proposes that Congress enact H.R. 40 and allocate community-based reparations targeting Black Americans. This will both atone for America's history of racial injustice and address the vast economic disparities among White and Black Americans.

For nearly three decades, H.R. 40 legislation has been introduced to Congress seeking to establish a Commission to study and create reparation proposals. And for nearly three decades, little to no progress has been made to develop the Commission H.R. 40 is advocating for. As the political climate currently stands, H.R. 40 has a low chance of passing Congress's partisan chambers. However, if the United States truly wants to make amends for its history of brutality and theft, it must begin with the passing of H.R. 40. In the words of Ta-Nehisi Coates:

A crime that implicates the entire American people deserves its hearing in the legislative body that represents them. John Conyers's HR 40 is the vehicle for that hearing. No one can know what would come out of such a debate. Perhaps no number can fully capture the multi-century plunder of black people in America. Perhaps the number is so large that it can't be imagined, let alone calculated and dispensed. But I believe that wrestling publicly with these questions matters as much as--if not more than--the specific answers that might be produced. An America that asks what it owes its most vulnerable citizens is improved and humane. An America that looks away is ignoring not just the sins of the past but the sins of the present and the certain sins of the future. More important than any single check cut to any African American, the payment of reparations would represent America's maturation out of the childhood myth of its innocence into a wisdom worthy of its founders.

To reach this “maturation,” this Comment will propose that Congress do two things. First, Congress should enact H.R. 40 and establish a Commission to study and develop reparation proposals. Next, Congress should allocate community-based reparations to the Black community. These proposals are not one of many solutions to America's race problem, but instead are the solutions. The only way to atone for a legacy of robbery is to pay back what was stolen.

H.R. 40 is not asking Congress to give reparations, but to establish a Commission to study whether reparations should be given to Black Americans. The purpose of this bill is not to offer cash payments to Black Americans but to create progress. Progress for Black Americans has never come through moral appeal. Progress has historically required structural change. It took a civil war to end American Slavery. It required massive amounts of resistance and the loss of countless lives to dismantle Jim Crow. Similarly, the healing of race relations in the U.S. requires Congress to begin to take account of what it, as a historical body, has done to deepen racial divides. This healing cannot occur through “race-neutral means.” This healing can only occur through Congress starting a “national reckoning” by passing H.R. 40, because Reparations are about respect and reconciliation.

Once Congress enacts H.R. 40 it needs to use the findings from the Commission's studies to enact legislation that gives community-based reparations. The biggest impact America's legacy of racism has had on the Black community is a lack of opportunity to create wealth. This is evident from the nation's wealth gap. White families have nearly ten times the net worth of Black families. This economic inequality places Blacks and Whites in two different countries and must be addressed.

Community-based reparations can come in many forms and primarily seek to redress harms done to entire communities. This Comment proposes that Congress enact community-based reparations in the form of housing loans, educational grants, and job training programs. Government investment in each of these areas will not only give Blacks access they have been historically denied, but will aid in closing the racial wealth gap. Currently, 70 percent of White families own homes, compared to 40 percent of Black families.

With the establishment of government-sponsored housing loans, Blacks will be more likely to be homeowners. This “boosts construction,” “strengthen[s] local communities”, and reduces the psychological stress often placed on people forced to live in poverty. The establishment of educational grants and job training programs would reduce the amount of debt Blacks take on, allowing them to contribute to faster economic growth. This would also lead to a more educated society and add to America's workforce.

While community-based reparations will directly contribute to all Americans, it is important for Congress and the country not to lose sight on the goal of reparations--to atone.

Reparations are Black American's request to be seen, they are an acknowledgment that this country has historically failed its Black people and they provide an opportunity for this country to make things right. H.R. 40 gives Congress that opportunity--it just has to take it.

When enslavement ended, President Lincoln passed the Freedmen's Bureau Act. This law aimed to aid the nearly four million former enslaved people with food, housing, education, and employment. Most importantly, this law promised a massive land redistribution. The freed blacks were promised that each family would receive forty acres of land and a mule. This promise could have altered the course of America's race relations but regrettably was never realized. It is time for Congress to make good on their promise and to atone for its history of theft and robbery. The only way to do that is through a transfer.

H.R. 40 is aptly named after America's original broken promise to its Black citizens of 40 acres and a mule. It is time for Congress to not only make good on that promise but to atone for America's history of racial injustice. America has gone from legally classifying its Black population as 3/5ths of a person, to now systematically ensuring the decedents of those fractions can only access 1/10th of this nation's wealth. Congress must enact H.R.40 and pass community-based reparation legislation in order to make Black America whole.

Christopher Burton, Juris Doctor, UIC John Marshall Law School 2020. My intention is for this comment to open minds, create new conversations, and push the United States closer to adequality atoning for its history of racial injustice. While we did not create America's racial problem, we have inherited it, and it is up to us to fix it.