Opinion and Order: Plaintiffs' Motion to Appoint a Mediator 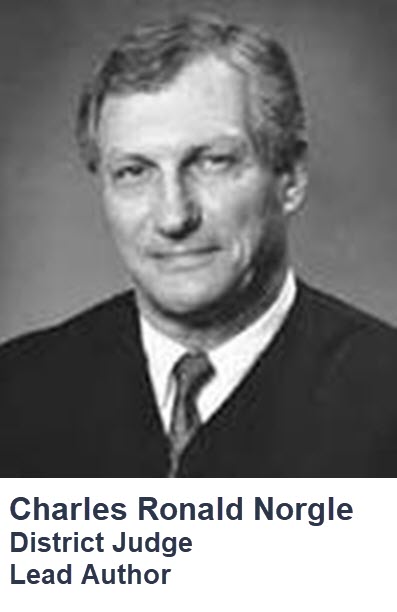 Before the court is Plaintiffs' Motion to Appoint a Mediator. For the following reasons, Plaintiffs' motion is denied.

Plaintiffs, who identify themselves as both formerly enslaved African–Americans and descendants of formerly enslaved African–Americans, seek monetary and injunctive relief against various corporate Defendants for present and past wrongs in connection with the institution of slavery. Plaintiffs seek, among other remedies, restitution from the named Defendants and other unknown defendants who allegedly profited from the Trans–Atlantic slave trade or the use of slave labor. Plaintiffs claim they have a property right in the fruits of their unpaid ancestor's labor under the theories of unjust enrichment and quasi-contract. Plaintiffs also claim that Defendants are liable under the theory of third-party liability for their participation in the violation of international norms and crimes against humanity. Additionally, Plaintiffs raise issues of class certification but have yet to file a motion for class certification pursuant to the Federal Rules of Civil Procedure.See Fed.R.Civ.P. 23.

On February 26, 2003, the court held an initial status conference where all of the parties involved in this multi-district litigation were given an opportunity to be heard. At the initial status conference, Plaintiffs, through their counsel, expressed their intention of filing a motion for the appointment of a special master1 by March 14, 2003. The court ordered that Plaintiffs' file their Motion to Appoint a Special Master by March 14, 2003, with Defendants' Response and Plaintiffs' Reply due within twenty-one days thereafter, consecutively.

Courts have increasingly relied on mediation and other forms of Alternative Dispute Resolution (“ADR”) to reduce the costs of litigation which, in many cases, can become quite burdensome on both the parties and the judicial system. This is particularly true in complex cases involving numerous litigants. In re Joint Eastern and Southern Districts Asbestos Litigation, 737 F.Supp. 735, 738 (S.D.N.Y.1990). The Alternative Dispute Resolution Act of 1998 (“ADR Act”) provides, in part:

[E]ach district court shall, by local rule adopted under section 2071(a), require that litigants in all civil cases consider the use of an alternative dispute resolution process at an appropriate stage in the litigation.... Any district court that elects to require the use of alternative dispute resolution in certain cases may do so only with respect to mediation, early neutral evaluation, and, if the parties consent, arbitration.  28 U.S.C. § 652(a).

[1] Where one or both parties do not voluntarily submit to mediation, the court may order mandatory mediation in some instances. The court's authority to order mandatory mediation arises from four potential sources: “(a) the court's local rules; (b) an applicable statute; (c) the Federal Rules of Civil Procedure; and (d) the court's inherent powers.” In re Atlantic Pipe Corp., 304 F.3d 135, 140 (1st Cir.2002). In their Motion to Appoint a Mediator, Plaintiffs allude to all four sources of judicial authority in support their position that the court can order Defendants to mediate over an objection. The court will now consider whether it has the authority to compel mediation, and if so, whether it will do so in this case.

A. The Local Rules

The Northern District of Illinois has complied with the requirements of § 652 of the ADR Act by implementing its “Voluntary Mediation Program.” See Local Rule 16.3. Rule 16.3 provides, in part: “[a] program for voluntary mediation is established for cases arising under the Federal Trademark Act of 1946, 15 U.S.C. §§ 1051–1127 (‘the Lanham Act’).” Local Rule 16.3(a). This voluntary mediation program was approved by the full court on September 30, 1996 and applies to all civil cases filed on or after January 6, 1997 brought pursuant to the Lanham Act. See Appendix B to the Local Rules.

[2] In this case, Plaintiffs' Consolidated Amended Complaint contains no claims which would invoke the court's local rule on mediation. Local Rule 16.3 applies solely to claims asserted under the Lanham Act. The Lanham Act applies to cases in which the parties assert violations related to federally protected trademarks. Clearly Plaintiffs do not assert a Lanham Act claim in their Consolidated Amended Complaint. Additionally, the local rule only provides for voluntary mediation, not court ordered mediation. Although § 652 of the ADR Act states that district courts may require mediation in certain cases if it chooses to do so, the Northern District of Illinois' use of the term “voluntary” indicates that the court is not authorized to order mediation in cases where one or both of the parties object. Because Defendants strongly object to mediation at this time, the court cannot compel Defendants to mediate Plaintiffs' claims pursuant to the local rules.

Plaintiffs cite 28 U.S.C. § 652 of the ADR Act as authority for the court to order Defendants to mediate at this stage of the litigation. Congress enacted the ADR Act to promote the use of alternative dispute resolution methods in the federal courts. The ADR Act specifically promotes the use of mediation, early neutral evaluation, mini-trials and arbitration. 28 U.S.C. § 652(a). Although the ADR Act requires the court to order arbitration only upon the consent of the parties, there is no such provision precluding the district courts from compelling mediation even if one or both of the parties object. See id.

[3] In spite of the ADR Act's broad scope and strong language encouraging district courts to use alternative dispute resolution methods, the Act clearly establishes that each judicial district adopt its own local rules establishing the parameters which outline its alternative dispute resolution procedures. See 28 U.S.C. § 652(a). “In the absence of such local rules, the ADR Act itself does not authorize any specific court to use a particular ADR mechanism.” In re Atlantic Pipe Corp., 304 F.3d at 140. Because the Northern District of Illinois has not adopted a local rule giving the court authority to compel mediation on an unwilling litigant, the court cannot, pursuant to the ADR Act, order mediation where one party objects.

[4] Plaintiffs also cite Federal Rule of Civil Procedure 16(c)(9) in support of their motion. Rule 16(c)(9) provides: “[a]t any conference under this rule consideration may be given, and the court may take appropriate action, with respect to settlement and the use of special procedures to assist in resolving the dispute when authorized by statute or local rule.” Fed.R.Civ.P. 16(c)(9). In 1993, Congress revised this section to more accurately describe the various procedures available which may be helpful in settling the litigation. The advisory committee's notes to the 1993 Amendments to FRCP 16(c) provide, in part:

Even if a case cannot immediately be settled, the judge and attorneys can explore possible use of alternative procedures such as mini-trials, summary jury trials, mediation, neutral evaluation, and non-binding arbitration that can lead to consensual resolution of the dispute without a full trial on the merits. The rule acknowledges the presence of statutes and local procedures even when not agreed to by the parties. The rule does not attempt to resolve questions as the extent a court would be authorized to require such proceedings as an exercise of its inherent powers.

Fed.R.Civ.P. 16(c) advisory committee's note (internal citations omitted). Both the express wording of the statute itself and the language in the advisory committee's notes provide limits on the district court's authority to compel mediation. Federal Rule of Procedure 16(c)(9) does not give the court authority to order mediation on unwilling litigants absent a statute or local rule authorizing such a decision. In this case, because there is no applicable statute or local rule authorizing the court to compel mediation, see supra parts II(A)-(B), Federal Rule of Civil Procedure 16(c)(9) does not provide the court with the authority to grant Plaintiffs' Motion to Appoint a Mediator.

[6] Although the scope of a district court's inherent powers appears broad, it is actually quite limited.

[7] In this instance, the court does have the inherent power to order the parties to submit to non-binding mediation. However, the issuance of such an order would not facilitate an expeditious end to the litigation. Both parties have different views pertaining to the viability of the claims presented. On July 18, 2003, all Defendants filed Motions to Dismiss Plaintiffs' Consolidated Amended Complaint on numerous grounds. Defendants' motions are consistent with Defendant counsels' previous written and oral submissions before the court. Defendants have also objected to the imposition of mediation. “When mediation is forced upon unwilling litigants, it stands to reason that the likelihood of settlement is diminished. Requiring parties to invest substantial amounts of time and money in mediation under such circumstances may well be inefficient.” In re Atlantic Pipe Corp., 304 F.3d at 143 (citing Cf. Richard A. Posner, The Summary Jury Trial and Other Methods of Alternative Dispute Resolution: Some Cautionary Observations, 53 U. Chi. L.Rev. 366, 369–72 (1986) (offering a model to evaluate ADR techniques in terms of their capacity to encourage settlements)). Arguably, the motion for the appointment of a mediator may be premature.

For the foregoing reasons, Plaintiffs' Motion to Appoint a Mediator is denied.