Race-based Political Exclusion and Social Subjugation: Racial Gerrymandering as a Badge of Slavery 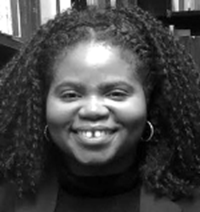 The 2016 United States presidential election sent Shockwaves through the political arena. As commentators and political pundits scrambled to determine what happened across America on November 8th, one thing is surely clear: there was a historically low turnout by eligible voters. Nearly fifty percent of the country's electorate did not cast a ballot for president. While some attribute the catastrophic voter turnout to the nation's apathetic feelings toward the two candidates, a more pernicious mechanism may be partially responsible for low turnout in the presidential election, as well as congressional and local elections around the country. The practice of discriminatory racial gerrymandering may have caused both low voter turnout with racially disparate impacts and the dilution of the voices of black voters. What was once used as a tool to ensure representation of the black electorate has been manipulated to favor a particular political party, in turn depressing the black vote.

Racial gerrymandering is a redistricting act by state legislators to “stack, crack, or pack clusters of minority voters in single-member district systems.” civil rights advocates have relied on non-race-neutral redistricting schemes to enable disenfranchised minorities to elect their preferred candidates, other schemes have been utilized for the opposite effect. Such schemes include, for example, the use of racial gerrymandering in contexts where racially polarized voting does not enhance minorities' ability to elect their candidate of choice. In this case, when racially polarized voting is not a significant factor in minorities' ability to elect their candidate of choice, racial gerrymandering is a dilutive measure that decreases minority political influence. critiquing subtle forms of vote dilution, it is important to analyze the intent and the effect these practices and procedures have in diminishing the black vote. The districting mechanisms' disparate impact on black voters and their right to fairly participate in American democracy is illustrated by the ever-growing number of cases on this topic before the judiciary. redistricting harms black voters by limiting their influence and constraining their ability to build voting strength in surrounding districts.

The Fourteenth and Fifteenth Amendments provide the governing constitutional test for racial gerrymandering claims. The Fourteenth Amendment prohibits legislatures from engaging in both intentional race-based voter dilution and racial sorting. the Voting Rights Act of 1965 (VRA) invokes the Fifteenth Amendment's voter protection enforcement arm, prohibiting redistricting that results in racial vote dilution, regardless of intent. decades, the VRA served as a significant check on redistricting schemes that used race to sort and pack black voters. Given these clear constitutional and statutory protections, courts had no occasion to develop other bases for protecting against racial gerrymandering, such as the Thirteenth Amendment. However, in 2013, the Supreme Court amputated a portion of the VRA, making it more difficult to monitor and attack racial gerrymandering schemes that do not comport with constitutional guarantees.

The Supreme Court considered the Thirteenth Amendment and the “badges” phrase for the first time in the Civil Rights Cases of 1883. At issue in these consolidated cases was the Civil Rights Act of 1866. In the opinion, the phrase “badges and incidents of slavery” was used to depict a caste system that subjugated blacks, keeping them “in their place.” The Court granted Congress an affirmative duty to eliminate social markers that subordinated blacks. State voting mechanisms that exclude black voices from the political arena rise to this level of subordination. Thus, defects in the political process, like the exclusion of black and minority voters, should not only be given heightened scrutiny by courts, but should also be disbanded by affirmative legislation through the power of the Thirteenth Amendment.

Access to the political process through voting is the pinnacle of exercising citizenship rights and the cornerstone of the foundation of the American Republic. American consciousness is framed by the notion that every citizen has the opportunity to express his or her voice through a vote, and the elective process is open and accessible to all who seek it. Since America's inception, blacks have been deliberately or systematically blocked from freely utilizing their right to vote. After the abolishment of slavery under the Thirteenth Amendment and passage of the Fourteenth Amendment, granting equal protection under the law, there was no clear repudiation of voter discrimination. Even after the Fifteenth Amendment, systematic exclusion of minority voters continued to be commonplace in America. Until the 1960s, the Court generally deferred to the states in determining the qualifications to vote except where a particular qualification was expressly prohibited by a specific amendment. Voter intimidation and Jim Crow laws, like literacy tests and poll taxes, permeated the political sphere, deliberately excluding black voters. In the decades since, redistricting schemes that use race as a predominant feature, without a legitimate interest, have continued to limit the voice of black citizens. Historically and today, discrete groups have been overtly and systematically denied opportunities to access the political process without interference. The Thirteenth Amendment can respond to that history of exclusion. The text goes beyond forced labor and compels Congress to “obliterate the last lingering vestiges of the slave system ... [and] everything connected with it or pertaining to it.”

This Note will address how the Thirteenth Amendment's concept of “badges and incidents of slavery” may be applied to state voter manipulation schemes that are used to attack black voting power.

Part I will address the construction of the Thirteenth Amendment using a doctrinal analysis. Employing both historical resources (like legislative history) and case law, this analysis seeks to develop a consistent and coherent concept of the Amendment's reference to badges and incidents of slavery. This part will also illuminate how the Thirteenth Amendment can be used as a tool to advance civil rights.

Part III then ties the impact of racial gerrymandering to the Thirteenth Amendment's badges and incidents of slavery framework using a two-pronged analysis: (1) a historical link to slavery, and (2) a showing of subjugation of the protected class. The purpose of Part III is to showcase the historical political exclusion of protected minorities and the ways in which the Thirteenth Amendment can be utilized as an effective tool for addressing persistent forms of inequality and discrimination. This part will end by addressing the need for Congress to use its enforcement power to improve the Voting Rights Act or introduce new prophylactic legislation that will dismantle state laws habitually excluding minorities from the electoral process. In conclusion, the Note will link historical references and social-scientific evidence to rationalize how these political schemes have subordinated and in some cases eliminated the black voice in the electoral process, constituting a badge and incident of slavery.

This argument against some forms of racial gerrymandering does not neglect the value of considering race as a factor in drawing district lines when used in jurisdictions to elect a preferred candidate, nor does it assume that racial gerrymandering contravenes principles of a color-blind Constitution. To the contrary, the argument rests on the recognition that America's issues with race--and particularly the subordination of races other than “white”--has been and continues to be a major problem. Whenever the state considers race as a factor in its choice to use a legal mechanism, the process should be heavily scrutinized so as to ensure the promises of anti-subordination and equal protection that are legally guaranteed to black Americans through the Thirteenth and Fourteenth Amendments. Forms of racial gerrymandering that do not work to ensure minority representation, and instead serve to systematically exclude and subordinate groups trying to engage in the political process, are unconstitutional under the Thirteenth Amendment's badge of slavery framework.

The goal of this Note is not to provide a blueprint of what can determine fair representation for black voters. Rather, it exposes an unfair representation of black voices in the American political arena. Racial gerrymandering used beyond the intentions of the VRA is a systematic method to dismantle the influence of black Americans in the American electorate and achieve race-based political exclusion. America has failed to ensure the promises of the Thirteenth Amendment and the intentions and objectives of its framers. While the Civil Rights movement achieved major successes, institutions of power, privilege, and manipulation that run counter to the assurances of emancipation persist.

On one side, congressional legislation requires states to consider race when drawing district lines to ensure the election of minority representatives. On the other side, many federal and Supreme Court cases have ruled redistricting schemes that use race as a predominant factor unconstitutional under the Equal Protection Clause of the Fourteenth Amendment. This sort of inconsistent law is both confusing and open to invidious manipulation. Around the country, legislators have used this contradictory rhetoric to guide plans of dilution, disenfranchisement, and denial of black voices in local and national elections.

Racial gerrymandering schemes not only target a protected class, but also involve actions so linked to slavery that they cause renewed subjugation. Jones only requires Congress to establish a “rational basis” to define a system or action as a badge of slavery and legislate based on that conclusion. The fulfillment of each of the two prongs outlined by this Note provides a rational basis and defines gerrymandering, with race used as a predominant factor, as a badge of slavery. Congress is empowered through the Thirteenth Amendment to eliminate all badges and incidents of slavery, and it should create prophylactic legislation that prohibits all redistricting schemes that use race as a predominant factor in redrawing district lines. This same analysis can be applied to other forms of political subjugation, like voter ID laws and felon disenfranchisement.

Moreover, this Note does not demonstrate a society so post-racial that race should not be considered in the election process. Quite the opposite, this Note supports the intentions of majority-minority districts but attacks those redistricting schemes that are not in fact being used to amplify minority voices. Equal Protection and VRA jurisprudence has worked towards equality in the political process for blacks for decades. However, mechanisms of racial gerrymandering have subverted the original impact and intentions of these provisions and created second-class citizenship for black voters.

While one form of race-conscious redistricting takes into account the plights of marginalized communities, enabling them to elect their candidate of choice, another uses the race of the electorate to limit minority voting power in other districts. This latter form of racial gerrymandering creates majority-minority districts when racially polarized voting is not significant enough to disempower minority communities from electing their candidates of choice. America has an insidious and pervasive history of disenfranchising black voters. Black voter suppression through racial gerrymandering schemes is no accident or mistake. Denying, restricting, or limiting the vote of an entire class of Americans is a deliberate and systematic measure to strip the protections guaranteed by the political process from a historically marginalized group of citizens and is counterproductive to the legitimacy of our democracy. The integrity of the election process and discrimination relating to voting rights for people of color persists. Voting is not only fundamental to our nation, but also impacts the political and social mobility of marginalized populations. Elections should be determined by the political will of the people, as articulated through their unwrought and freely executed vote along natural boundaries and communities. Representation should not rely on the skill of master mappers.