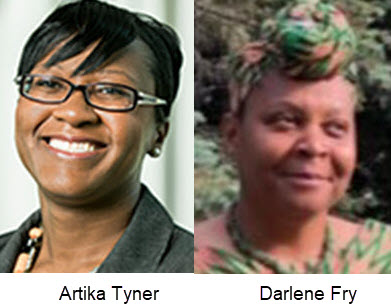 The 400 Year Commemoration marks a clarion call to action, which begins with a time to pause and reflect to effectively address the criminal justice challenges of the 21st Century in the United States. Pausing starts with reflecting on the legacy of slavery, and its unrelenting presence still felt today. Reflecting requires a critical examination of the Transatlantic Slave Trade's history, which was rooted in the ideology of white supremacy and became operationalized through the force of law and the essence of policy.

The racial hierarchy and related injustices associated with slavery should have ended with the abolishment of slavery in 1865 (codified in the Thirteenth Amendment); however, the Exception Clause only further exacerbated the denial of equal citizenship and impeded access of unalienable human rights to African-Americans. The Exception Clause created a new form of slavery through convict leasing. This laid the foundation for expanding the legacy of America's racial apartheid and allowing for a continuation of economic exploitation of the labor of African-Americans.

This period in the late 1860s can be characterized as “slavery by another name” due to the chains of oppression and marginalization being made readily accessible in a new form of labor. African-Americans freed from the bondage of slavery were drawn back into its firm grip. They were convicted of crimes outlined in Black Codes, like vagrancy for not having employment. Hence, slavery suddenly morphed into a new system-- convict leasing. The remnants of the past are still present with the emergence of mass incarceration and its disparate impact on the African-American community. Studies show that race matters, as there are more African-American males under the custody of our penal system today than who were enslaved during the 1800s.

Part II of this Article explores the evolution from forced slave labor to convict leasing to the tangled web of mass incarceration.

Part V concludes by summarizing the findings of this Article.

There is a simple but profound adage: “when you know better, do better.” The 400-year anniversary of the Transatlantic Slave Trade reaching the shores of the United States is a reflective beacon for policymakers to “do better” to break the binds of collateral consequences. Understanding the depth of the historical trauma placed on African-Americans due to chattel slavery is the beginning of the “knowing better” process. The sins of our nation in maintaining laws, policies, and practices that reaffirm the beliefs that African-Americans are “convicts” until proven otherwise must be dismantled. Data demonstrates that African-Americans are disproportionately represented in the penal system, which perpetuates the new form of convict leasing and community strangulation through the effects of collateral consequences.

All too often, through legislation and policies on the local, state, and federal levels, the legacy of racial and economic “otherness” is given to African-Americans. America cannot afford to continue to bankrupt future generations of African-American children through the impact of collateral consequences and believe that we can maintain our position as a world economic leader. Our country needs the intellectual, emotional, and physical engagement of African-Americans as our success is collective and connected.

This clarion call to reverse, dismantle, or amend policies and practices related to collateral consequences, offers America the opportunity to “do better” in recognizing African-Americans as full citizens, which was purposefully neglected in the Constitution. In the pursuit of justice and hope for future generations, we are reminded of the words of the late Senator Paul Wellstone who admonished us to build equal access to prosperity: “we all do better when we all do better.”

Dr. Artika Tyner (artyner@stthomas.edu) is a passionate educator, author, sought-after speaker, and advocate for justice. Dr. Tyner serves as the founding director of the Center for Race, Leadership and Social Justice and law professor at the University of St. Thomas School of Law.