Not Your Mule? Disrupting the Political Powerlessness of Black Women Voters 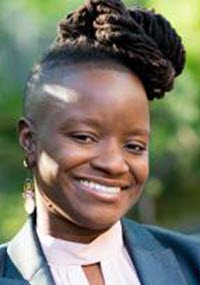 2020 marked the one hundredth anniversary of the Nineteenth Amendment to the U.S. Constitution which granted women the right to vote. Ratified on August 18, 1920, the Nineteenth Amendment was the product of a decades-long battle waged by women's suffragists across various ethnic backgrounds and was initially celebrated as a triumph for all women. One day after ratification, the New York Times declared that the Nineteenth Amendment brought an end to “the long struggle for woman suffrage in this country.” Part of the excitement that attended ratification of the Amendment was the belief that voting would provide women a valuable mechanism to advance their political concerns. Yet in the case of Black women, both of these assumptions have proven false.

As white women confidently marched to the polls in the wake of the Nineteenth Amendment, the right to vote remained largely theoretical for Black women voters for half a century longer. As Black women struggled to obtain meaningful access to the franchise, their natural allies in the feminist movement and the Republican Party remained conspicuously absent. While Black women's political participation today rivals that of all other demographic groups, voting has still not become a vehicle for Black women to meaningfully advance their political concerns. Instead, as this Article contends, Black women's strong participation in national elections, coupled with their reliable support of the Democratic Party, has had the perverse outcome of making them a “trapped constituency”: a group whose votes are relied upon by the political establishment but whose political preferences are largely irrelevant.

The problem facing Black women voters is not abstract. Rather, as Black women's political participation grows, their political power is shrinking, as is their share of American prosperity by all available metrics. Even before the global coronavirus pandemic unleashed an unprecedented recession, Black women were clinging to the bottom of the U.S. social strata in terms of income, life expectancies, and health outcomes. Black women are also disproportionately impacted by criminalization and massincarceration and locked out of educational opportunities. Adding insult to injury, the Democratic Party rarely prioritizes Black women despite their dependable support; instead, the Party devotes its time and attention to appeasing white, moderate, suburban voters who have come to represent a coveted swing vote. The ways that Black women voters are taken for granted and sidelined by the Democratic Party ultimately beg the question: Why should Black women vote at all?

Although most commentators are reluctant to question the utility of voting-- particularly in an election year where Black women voters were essential in removing Donald Trump--this Article contends that many of the common justifications for voting in national elections are mere myths where Black women are concerned. Primary among these myths are the ideas that voting enhances Black women's experiences of lived equality, that voting ensures that the Supreme Court acts as a guardian of civil and constitutional rights, and that voting guarantees that issues of racial justice are prioritized within the Democratic Party.

By examining the relationship between Black women's voting and political outcomes, this Article concludes that Black women are “trapped constituents” within the Democratic Party--a group whose votes are taken for granted because their political alternatives are limited. The Article asserts that unless Black women voters are content to continue playing a caretaker role for American Democracy, important shifts are necessary. Specifically, this Article proposes that Black women pursue strategies--including strategic non-voting--that put them on par with swing voters, allow them to reclaim political power, and assert “I am not your mule” once and for all.

Although Black women have fought hard to realize the promise of the Nineteenth Amendment and grown into an electoral force that votes at incredible odds, the fruits of this labor have yet to materialize for voters themselves. Ironically, Black women's faithful and unwavering support for the Democratic Party in recent years has led them to become “trapped constituents” whose votes are largely taken for granted by the political establishment. As a consequence, Black women's political participation has come to bear an inverse relationship to Black women's socioeconomic and political power in ways that challenge conventional wisdom about voting. This Article argues that Black women should disrupt this trend by proliferating strategies--including non-voting--that put them on equal footing with traditional swing voters.

It is unclear whether the swing voting strategies I identify here will gain widespread traction. If they fail to do so, it may be a result of the continued pull of the precise forms of caretaker voting described in this Article--voting habits that lead Black women to act as the guardians of American democracy, time and again. Yet, as this Article has illuminated, Black women's tendency to prioritize the well-being of the collective over their own political goals is a costly strategy: one that allows all three branches of government to turn their backs to Black women's concerns.

Without putting Black women's voter turnout into issue, Black women's electoral taken-for-grantedness will persist in ways that continue to threaten their welfare as well as their political power. The swing vote strategy articulated here disrupts this cycle of powerlessness. By conditioning voting on the quality of the Democratic Party's platforms and making election turnout something Democratic candidates must earn, Black women voters have “nothing to lose but our chains.”

Chinyere Ezie, Legal Scholar and Senior Attorney at the Center for Constitutional Rights. Special thanks to Nicole Humphrey, Dorian Boncoeur, and Kelechi Ezie, who shared invaluable advice and comments.